Azkals Neil Etheridge, Phil and James Younghusband and more at the National Football Team's practice and send-off party
Loading
Already a member? Log in
No account yet? Create Account
Spot.ph is your one-stop urban lifestyle guide to the best of Manila. 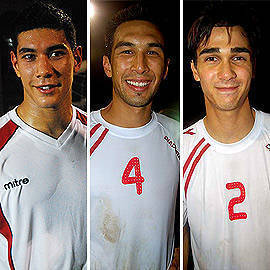 SPOT.ph stalked the Azkals at their semis practice. 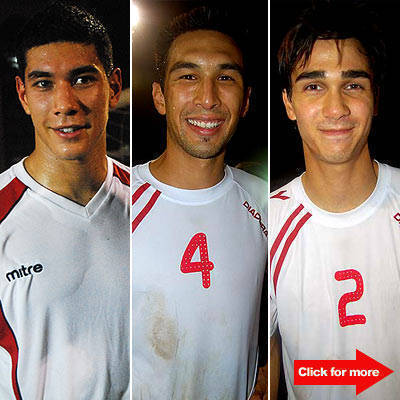 The Philippine National Football Team, dubbed the "Azkals," (a moniker for street dogs) headed to the University of Makati football field to practice one last time before the 2010 Asean Football Federation (AFF) Suzuki Cup semi-finals.

The team earned instant celebrity status when they clinched a slot in the semi-finals, a first in AFF Suzuki Cup history. "I wouldn’t call ourselves celebrities," Anton del Rosario told SPOT.ph. "We’ll leave that to Phil and James. But this is a good team and we’re trying to promote soccer. It’s good to see people showing support."

Says Neil Etheridge, the 20-year-old Filipino-British goalkeeper, "I don’t think it’s gone to our heads. We’ve always wanted to do this, not for us to become instant celebrities, but we want to publicize football in the Philippines. So I really hope, for myself, and the rest of the national team, that football can become a big sport in the Philippines."

The players admitted they are not big on pre-game rituals. Midfielder James Younghusband, who is also popular for his modeling stints in Manila told SPOT.ph that he listens to his iPod before a match. "I listen to Justin Bieber. I also pray to God for a good game," he shares. Etheridge adds that he doesn’t overcomplicate things before a game, "As soon as I step over the white line, I just remain confident."

The boys will be playing their home games in Jakarta for the semi-finals. "It’s a heartbreaker [that we can’t play our home games here], it’s something we all wanted," del Rosario said. Adds James Younghusband, "This should be an eye-opener for the government to give us good facilities and promote sports to the youth."