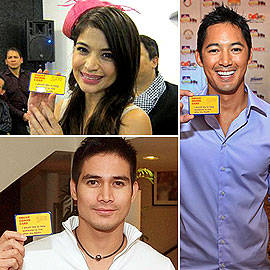 More celebs get carded for a cause: committing to donate their organs when they die to help someone live. 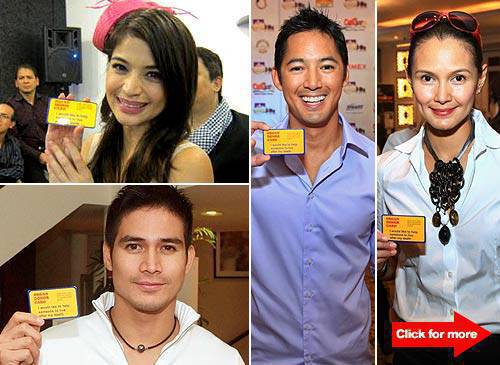 Last year, we showed you the celebs and personalities who joined the renewed promotion efforts at organ donation in the Philippines. The project was spearheaded by the former Director of the National Kidney and Transplant Institute (NKTI) Dr. Enrique Ona and was later revived by Visions and Expressions Publicity and Special Events General Manager Ginggay Joven-dela Merced after her father passed away in March 2010.

Since they kicked off the campaign, dela Merced said they have distributed roughly two million Organ Donor Cards-a lot more than her goal, which was 1 million. "We’ve won the support of big celebrities and influential figures in various fields who willingly lent support without a dime. Media has been so valuable because we had no marketing tactics, no organized campaign, because we’re not even an official group. Advocates lang."

De la Merced hopes for an automated database for the project as well as better infrastructure for medical purposes. According to her, "H.O.P.E. (Human Organ Preservation Effort) doesn’t have choppers for organ transport; a lot of hospitals especially in provinces may not have the facilities either." She adds that the campaign has to be continuous: "On our part, the best we can do is create awareness. The tag line of H.O.P.E. (Human Organ Preservation Effort) is ’Don’t bring your organs to heaven, because heaven knows we need it more here on earth.’"

To know more about the organ donation project, log on to www.facebook.com/organdonorcard.