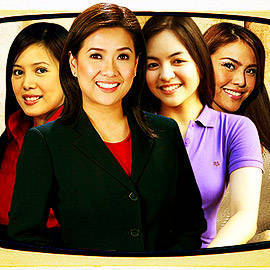 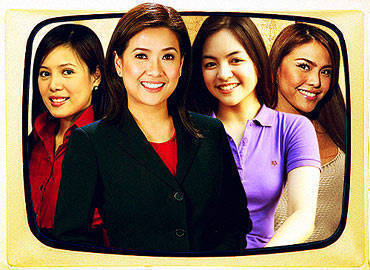 (SPOT.ph) When you're busy counting bloody fingers during New Year’s Eve, elbowing your way through frenzied paparazzi, talking about the financial crisis, and pretty much just trying to grab a good sound bite, looking pretty is a news reporter's last priority. But more and more newswomen seem to be making the job look, well, glamorous.

Due to the overwhelming response to our previous Top 10 Cutest Newsmen, Top 10 Cutest Newsmen 2011 Edition, and the Top 10 Hottest Newswomen lists, we're giving you 10 new reasons to tune in to news programs-apart from actually updating yourselves with current events and significant information. To make things more challenging, we’ve decided to temporarily disqualify the newswomen on last year’s list so we can put a fresh line-up of beauties in the spotlight. So, here's the latest version of our country's hottest newswomen list.

Take the SPOT.ph Poll: Who’s the hottest newswoman for 2011?

Looks like Chiara is following in her brother (and Cutest Newsman 2011 first runner-up) Mark's footsteps. There's something captivating about a woman with a great sense of adventure (and by that we mean traipsing somewhere outside a low-end mall). Chiara can cross rickety hanging bridges with a big smile on her face. She may not be the prom queen, but she is definitely a spunky girl-next-door. 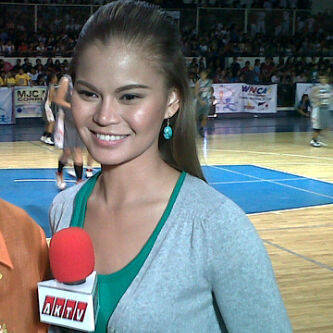 When she's not out in the field, she's sashaying on the catwalk and posing in chic fashion editorials. Possessing an envy-worthy lithe frame with an exquisite face to match, the part-time dancer, model, radio jock, youth advocate, and news reporter's place on the list is unquestionable.

She can easily be confused with one of the celebrities she frequently interviews. Shuffling between sports coverage and showbiz features, this buxom reporter can smoothly slip in and out of being a girly girl to a cool sports babe. Versatility with good looks? We like. 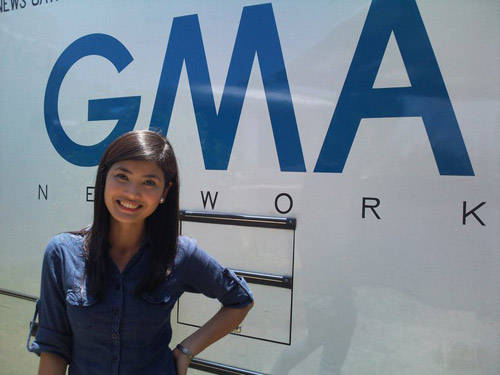 Click on the photo to watch Victoria Tulad reporting

Don't let that sweet smile distract you. She may be a rookie reporter, but Victoria is a hard-hitting journalist who can go from elbowing her way through a strike to investigating corruption in government. Intelligent and fearless, this morena makes wading through murky floodwaters in galoshes look oh so cute. 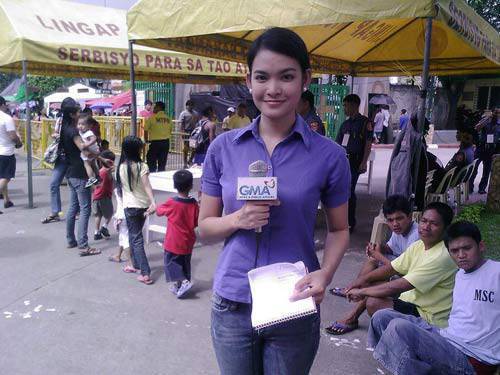 Click on the photo to watch Micaela Papa reporting

Let's face it, Ginger's beauty is conspicuous enough to make pop star Justin Timberlake say "I want to marry her." Before she graced the small screen with her entertainment reports, Ginger was chosen as Miss Philippines Air in 2006 and represented the country in the 2007 Miss Global Beauty Queen Pageant. The Fil-Am charmer has a confidence about her that makes her undoubtedly radiant.

If her name doesn't ring a bell, think back to the ’90s and try to recall the adorable long-haired cutie, Patricia Ann, in the kiddie sitcom ATBP. A decade later and still adorable, the two-time FAMAS Best Child Actress nominee is now known as Trish, a former UP courtside reporter and now TV5 news correspondent. She's all grown up and looking as pretty as ever.

Nothing is more beautiful than someone who inspires others. The veteran news anchor, who has been open with her battle against Bell's Palsy, motivates everyone to soldier on despite adversity. Her genuine warmth and charm emanates from the inside, making her so captivating that even the country’s then-future President couldn’t stay away.

This vivacious mestiza can make heads turn with her news reports. Bubbly and youthful, the former Ka-Blog host and Unang Hirit mainstay has an exuberant charm that can keep anyone glued to their television sets.

Artwork by Warren Espejo; Thistle Guevara photo from Twitter; photos of Victoria Tulad and Micaela Papa from their Facebook pages

Hottest Newswomen Miss World Philippines 2018 Newsreporters 2011prettiestnewsanchors
Your Guide to Thriving in This Strange New World
Staying
In? What to watch, what to eat, and where to shop from home
OR
Heading
Out? What you need to know to stay safe when heading out