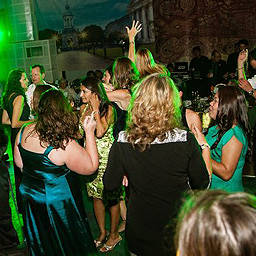 A Ball for St. Paddy’s Day

Yes, an Irish Ball in Manila. 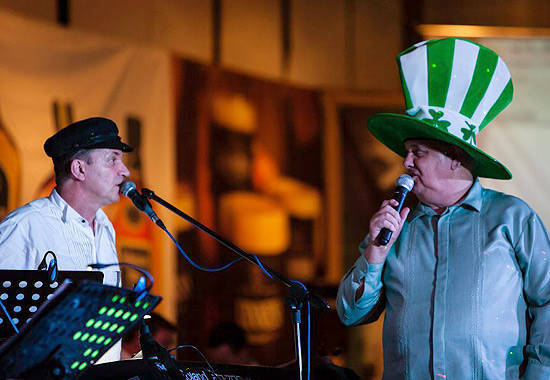 (SPOT.ph) It's been said that there are two types of people in the world, the Irish and those who wish they were. There is however a day or two every year when both get to revel in their Irishness, real or aspired to. Every March 17 and the weeks around it, you'll find the patron saint of Ireland, St. Patrick, celebrated all over the world  with customary 'craic agus ceol,' or fun and music for the uninitiated, aka St. Patrick’s Day, or St. Paddy’s if you’re, you know, feeling familiar.

In recent years, the celebration of St. Patrick has gone truly global with parades and festivities from Singapore to Sydney and Tokyo to Toronto. Prominent landmarks are bathed in green light, rivers are dyed green, main streets are closed for parades and everyone from President Obama to the Duchess of Cambridge, Kate Windsor, wears clumps of shamrock on their lapels. 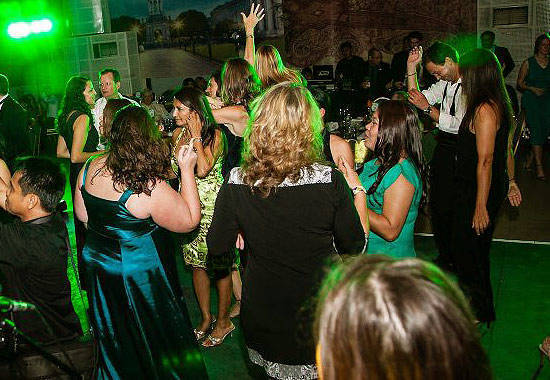 Manila, you’d be so glad to know, has been celebrating St. Patrick's Day since the arrival of the Columban Fathers in Malate and the establishment of the St. Patrick's Society. On Saturday last, the society, along with honored guests and friends came together for its annual Irish charity dinner and dance at Alphaland Tents Southgate Tower to raise money for numerous local charities, and to celebrate St. Paddy’s, of course. 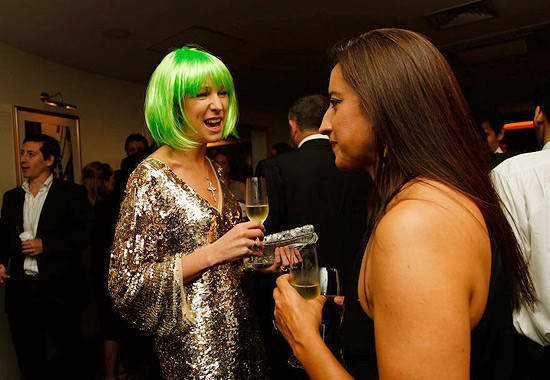 But what is St. Paddy’s without the green wig?! 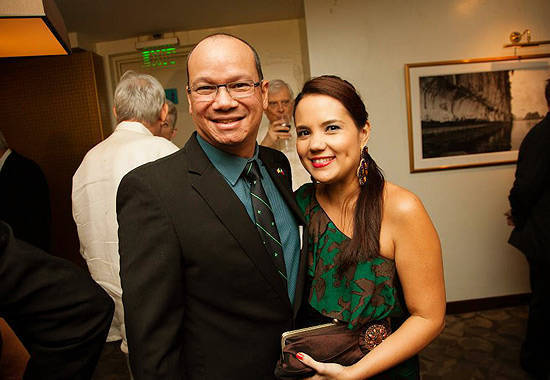 All the dignitaries were present. Headlining were the Honorary Consul and Vice Consul of Ireland to the Philippines, Mrs. Noreen and Mr. Robert Trota, and his wife Rica. 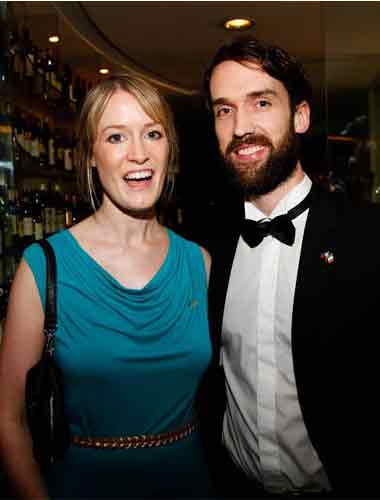 They were joined by the Deputy Head of Mission of the Irish Embassy in Singapore, Mr. Cormac Hynes, and his wife. 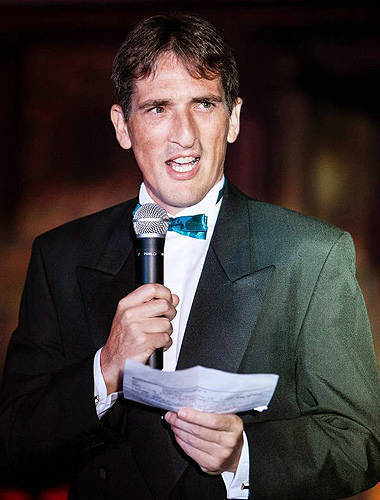 Following the National Anthems of Ireland and the Philippines, the President of the St. Patrick's Society, Mr. Michael O'Connor, welcomed and thanked the assembled members, the Irish Philippines Association Chamber of Commerce, honored guests, and friends for their support with a few words in Irish. 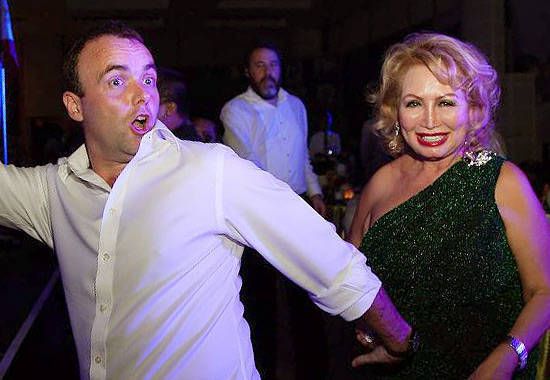 With the serving of the first in a four-course dinner of modern and traditional Irish fare prepared by Chef Billy King, the music and dancing kicked off in earnest. If there’s anything we learned last Saturday, it’s that Filipinos and Irish nationals aren’t all too different. They’re as family-oriented as Filipinos, they’re mostly Catholic, too; and as we witnessed during the ball, them Irish like formal dinners that come with a side of song and dance. 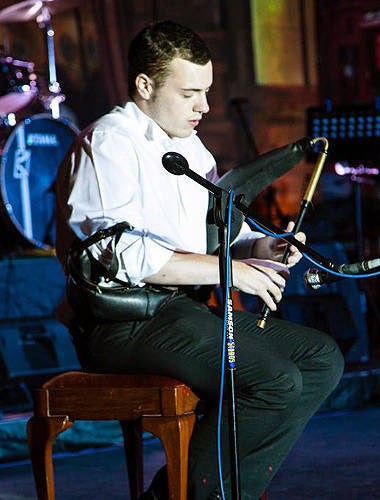 But unlike us, the piano isn’t their most-played instrument. Judging from the ball, they like their harps and some pipes. Ms. Hollie Paraiso, a harpist from Hawaii, played the national emblem of Ireland. And then we were treated to a rare and stirring performance of the Irish uilleann pipes by Mr. James Murphy from Belfast. 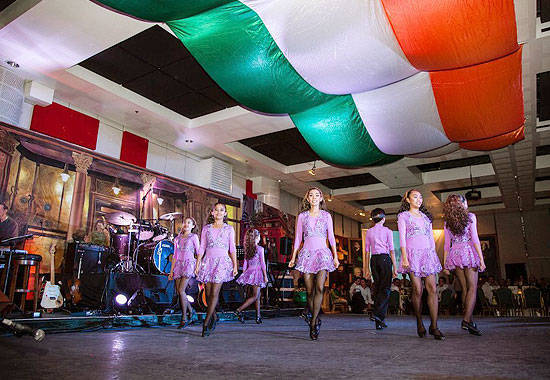 With some fancy footwork by Mr. Joe Riley, our host for the evening, we were introduced to some very talented young Filipino 'Irish dancers'.  Cry of the Celts took to the stage and wowed the audience with their dynamic and energetic performance. 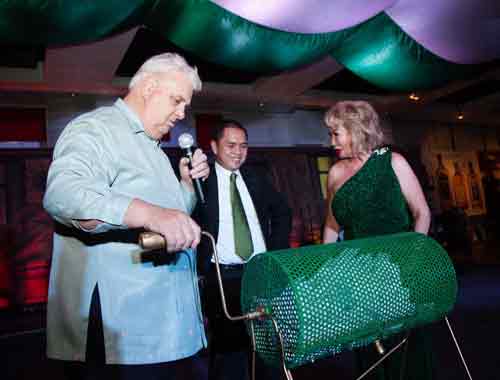 The Irish like their prizes, too. Sponsors Cebu Pacific gave away two tickets to Siem Reap and Etihad Airways raffled off two business class tickets to Dublin. 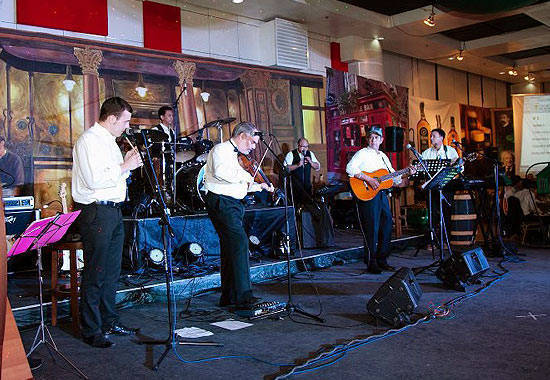 Then the party really got going with the collective talents of Irish-Filipino band The Spirit of Jameson and the other musicians, introduced by Mr. Colm Lane, taking to the stage to play some crowd favorites. 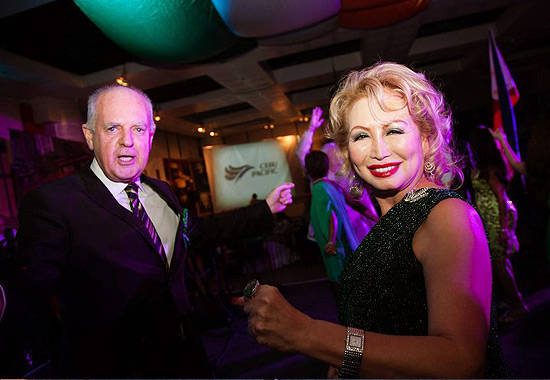 Some particularly strong Irish Coffees were served to end the superb meal, prompting a mass stage invasion by the partygoers, who celebrated in true Irish fashion.

Irish Ball St.patrick’sday Manila
Your Guide to Thriving in This Strange New World
Staying
In? What to watch, what to eat, and where to shop from home
OR
Heading
Out? What you need to know to stay safe when heading out