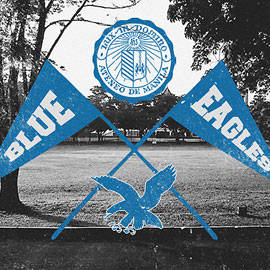 Since June marks the start of the school year for students in the Philippines, we thought we’d ask some well-known personalities from a few of the biggest universities in Manila to write about their school-and the stereotypes that are generally associated with them.

Special thanks to our first contributor, Gabe Mercado, who is from Ateneo de Manila University. 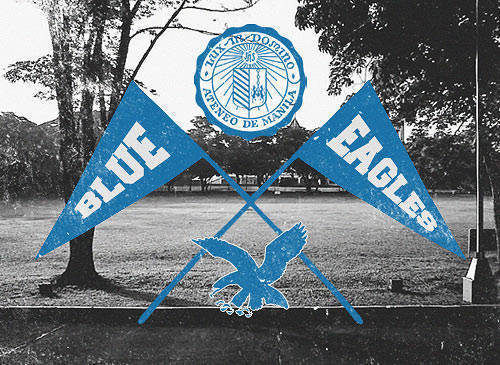 (SPOT.ph) It was the largest crowd I had ever faced.   It was half time at an Ateneo-La Salle game but these weren't the glory years of domination by the Blue Eagles.  This was smack in the middle of the dark ages of Ateneo basketball-a time when the team would struggle mightily to avoid being the lowest in the standings at the end of each UAAP season.

Well over two-thirds of the crowd was clad in green and they were not happy to see us as we entered the court to the drumbeats.  We stood silently in center court, waiting to start our routine amidst shouts of "pandak" and "unano" directed mostly at me.  I was at the apex of the formation-closest to the La Salle crowd and getting my baptism of fire in the Blue Babble Battalion.

Among all the organizations in Ateneo, the Blue Babble Battalion was perhaps the organization that attracted the most dyed-in-the-wool Ateneans.  A big majority of the members were Ateneans from grade school all the way up to college and several of them belonged to second and third generation Atenean families.  Members of the Babble didn't just fit the stereotype of the "mayabang na Atenista" -they were probably responsible for creating it.

A lot of it, of course, had to do with the nature of the job.  We were supposed to ignite the crowd's passion and inspire our team to play their hardest and although it was officially frowned upon, many of us also took on the personal responsibility of trying to distract and get the goat of the opposing crowd.  You had to be loud, you had to be boisterous and you had to be intimidating to do all that but you also had to be quite charming and funny to get the few Ateneans in the crowd to cheer.  And cheer they did for us and our moribund team.  Our opponents would hate us completely though.

Cut back to a sea of La Sallians shouting expletives at me at halftime at the Araneta Coliseum.

We begin with a little too much energy on our first two cheers and I do the cheer movements a little too quickly. Being at the apex of the formation, I think my mistakes are all too obvious, but the veterans on the team soon settle on a rhythm and we execute our last three cheers flawlessly. After exiting the court, I apologize to the team but they would have none of it-congratulating each other for a job well done and pulling through despite the nervousness of the newbies.

And that's another thing so quintessentially Atenean too-the commitment to stick to your barkada in doing everything-whether it be eating at the cafeteria, hanging out at your bench, picking a fight, serenading a girl, burning the midnight oil on a school project, leading a Days with the Lord retreat or organizing relief operations after a natural calamity.

Ateneans stick together-perhaps a little too much that personal identities often get subsumed by the group-but that's another story altogether.

And there we were, on the sidelines of the Araneta Coliseum, proud of our success and bonding almost like caveman would over a slaughtered wooly mammoth knowing that we had done a great job.

Until of course we saw the La Sallian halfcourt show blow ours completely out of the water.

School University Stereotypes Ateneodemanilauniversity Admu
Your Guide to Thriving in This Strange New World
Staying
In? What to watch, what to eat, and where to shop from home
OR
Heading
Out? What you need to know to stay safe when heading out