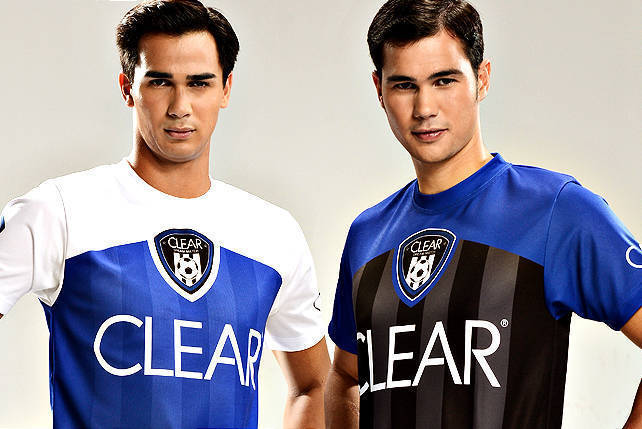 10 Reasons Why We're Excited About This Dream Football Match

The hottest sibling rivalry? A new twist to the game? Read on to know why we're excited for this! 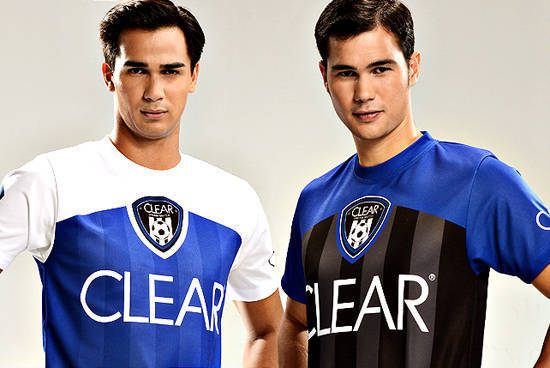 (SPOT.ph) It’s no secret that in the Philippines, football has had to contend with basketball and boxing for attention but as far as sports buffs are concerned, it’s all about playing a good game. And winning.  On August 24, the Clear Dream Match II is pitting the Younghusband hotties against each other for another game of football. Touted as a more competitive match compared to the first, we’ve listed the 10 biggest reasons why this game is worth watching.

There's just something about games that’s hard not to love. Is it the intensity? The cheering (or screaming)? The pressure for your favorite team to win? Whatever it is, that feel-good high that can only be had after a good game can be pretty addictive.

2. It’s football for a good cause.

It's not all about the game! CLEAR Philippines will be donating a portion of the ticket sales, as well as Unilever Personal care products, to the Tuloy sa Don Bosco Foundation.

We think the Younghusbands deserve a slot each on this list. Phil's good-boy charm, his slew of endorsements (he’s trying to out-cute the basset hound of Hush Puppies) and the fact that he beat his older brother James in last year's match has us looking forward to watching what he does best.

Following last year's 5-1 defeat to his equally gorgeous younger brother, James is back with a vengeance, vowing to even out the score in this year's match. We hope his dedication to the game (he told us he trains every day in BGC) would translate to a win on August 24.

In showbiz, celebrity rivalries are usually negative, with both camps intent on destroying each other's reputation (Gretchen vs. sisters, we’re looking at you). But this Clear Dream Match rivalry seems to get the ladies swooning instead! It helps that the two camps are both athletic, tall, and handsome (we want to add "hunky" but we’re not that superficial). Whether you're rooting for Team Phil or Team James, better bring your A game, complete with your team's jersey and maybe some face paint to really make a statement.

Chelsea F.C. Legend, Dennis Wise, and 2006 FIFA World Cup Champion, Fabio Cannavaro will be joining to compete with this year's lineup. Both seasoned professionals have garnered several individual and team accolades in their time. Cannavaro is a former Real Madrid player has won two La Liga titles. And if you’re still not impressed, he led his team in winning the FIFA World Cup Victory in 2006, and he himself bagged the FIFA World Player of the Year award in the same year. Wise, on the other hand, is one of the most successful players to captain Chelsea. Add these two legends to the mix and you’ll definitely have a game to remember.

Support your team by going to Facebook.com/ClearPH or by downloading the Clear Stadium app. The team with the most fan interactions gets to have the first pick during the draft!

Who isn’t dying to go on a free vacation? We hear that the most digitally active fan of the winning team will get a chance to join the brothers for a trip to Brazil next year. We're already playing the games on the app, just to be sure!

9. The field will be star-studded.

Aside from the two team captains, we're stoked that we’ll be seeing  some of our favorite football players and celebrities on the field! The likes of Anton Del Rosario, Daniel Matsunaga and Fabio Ide will have us glued to the game - all three hours of it, and maybe more.

Joining the draft just for kicks are three boys that made the phrase "Boys Night Out" a household name. Slick Rick, Tony Toni, and Sam YG will be showcasing their "athletic" abilities. How could that not be fun?

The Clear Dream Match 2013 happens on August 24, 7 p.m. at the University of Makati Stadium. Check out their Facebook page for more information.

Phil James Younghusband Cleardreammatch Football
Your Guide to Thriving in This Strange New World
Staying
In? What to watch, what to eat, and where to shop from home
OR
Heading
Out? What you need to know to stay safe when heading out