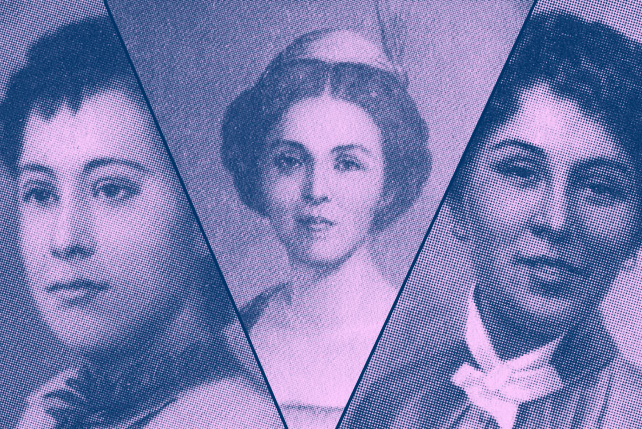 The Women of Jose Rizal 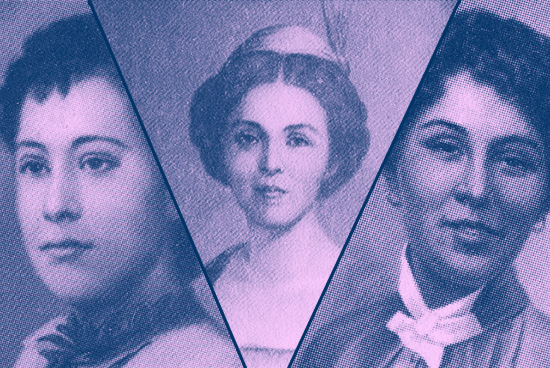 (SPOT.ph) Jose Rizal's dalliances with various women in the Philippines and elsewhere in the world have made him a legend and a hero to Filipino men who aspire to be as smooth as he was. Whether these encounters were more likely brief flirtations than full-blown relationships doesn't seem to matter to many. The point is, the man was just like us-fallling in love and waxing sentimental over fond memories about the one that got away. Or in this case, the more than one who got away.

On the anniversary of Jose Rizal’s death, we look back on the women who caught the national hero’s eye. 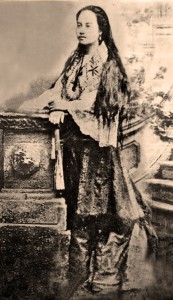 Who she is: Segunda was the sister of Mariano Katigbak, Rizal's friend and classmate. She studied in La Concordia College, where Rizal's sister Olympia also studied.

How they met: Some say the two met in Trozo, Manila, while others say it was in Lipa, Batangas. Given that Segunda studied in the same school as Rizal's sister, he did the most logical thing: visit La Concordia College more frequently, ostensibly to see his sister, but primarily to get a glimpse of the girl he described as having "eloquent eyes, rosy cheeks, and a smile that reveals very beautiful teeth."

How it ended: The story goes that Rizal told Segunda that he was returning home to Calamba for the New Year. He added that he might see her when her steamer docks at Biñan and she passes through Calamba on her way to Lipa. He waited for her and he did see her pass by on a carriage-in fact, she even waved to him-but instead of following her, he chose to go home. 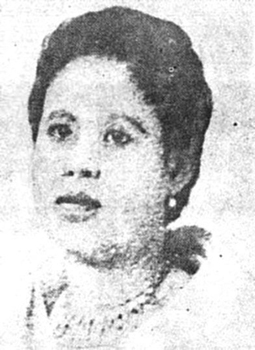 Who she is: Leonor or "Orang" was his neighbor when he stayed in Intramuros while studying at the University of Sto. Tomas.

How they met: Being neighbors gave Rizal plenty of opportunities to find some reason to hang out with Orang whether or not there was an occasion for them to meet up. He wrote love letters to her in invisible ink, and it's been speculated that he did so to cover up his indiscretion, as he was also pursuing his next love, Leonor Rivera, at the time.

How it ended: Without tears or fanfare. Rizal may have been besotted with Orang, but it's likely that Orang didn't feel the same way about him. She went on with her life, entertaining other suitors, and not even shedding a tear when Rizal left the country. 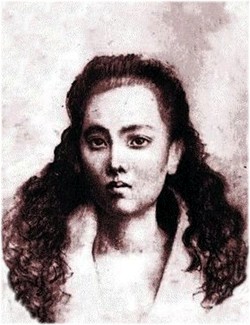 Who she is: Leonor was the daughter of a cousin of Rizal's father, making her Rizal's cousin and his childhood sweetheart.

How they met: They met in Manila when Leonor was 13 years old, and even as Rizal left for Europe two years later, the two kept up their correspondence, which supposedly kept Rizal inspired during his studies.

How it ended: Rizal’s letters to Leonor went unacknowledged for a whole year, as Leonor married Henry Charles Kipping, an English railway engineer-but not because she wanted to. Her mother preferred Kipping over Rizal, and to convince Leonor to marry Kipping, she said Rizal was engaged to Ferdinand Blumentritt's daughter. 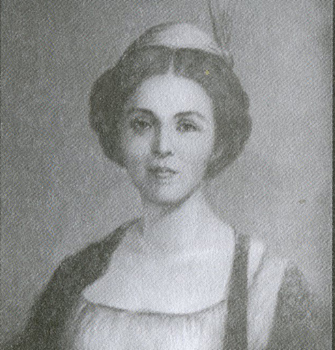 Who she is: The most that can be dug up about Consuelo is that she was the daughter of Don Pablo Ortiga, a former mayor of Manila.

How they met: Consuelo wrote in her diary that she first met Rizal in Madrid on September 16, 1882, and apparently they talked the whole night (always a promising start to any relationship). Sources say she had a penchant for asking Rizal to write her poems and verses, and he would happily comply. The most well-known of these is entitled A La Señorita C.O. y R.

How it ended: Circumstances happened. One of Rizal's compatriots, Eduardo de Lete, apparently had his eye on Consuelo, which forced Rizal to back out of whatever budding relationship he had with her. Also, he was still engaged to Leonor Rivera, which he probably should have thought of before even considering starting something with another woman. 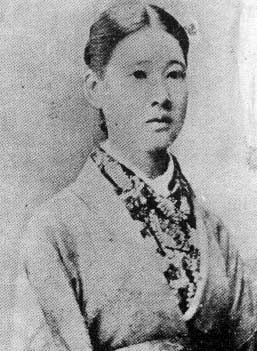 Who she is: Seiko Usui, who Rizal called "O-Sei-San," worked at the Spanish Legation in Tokyo. She was 23 years old when she met the 27-year-old Rizal.

How they met: Rizal started working at the Spanish Legation in February 1888. Seiko caught his eye one afternoon while she was walking in the garden, and Rizal found out from a gardener who she was. Given that Seiko spoke both English and French, she and Rizal managed to strike up a friendship and eventually a relationship, and she taught him Japanese as well. Dates were spent exploring parks, shrines, and museums such as the Imperial Art Gallery.

How it ended: After a month-long relationship, Rizal had to leave for San Francisco in April 1888. 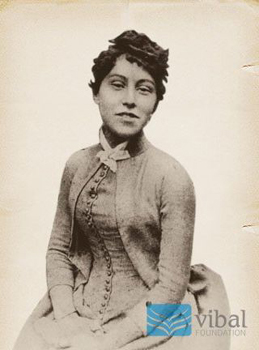 Who she is: Nicknamed "Gettie" by Rizal, Beckett was the daughter of Charles Beckett, who was Rizal's landlord when he stayed in London, England in May 1888.

How they met: After his stay in the US, Rizal headed to London and stayed in the boarding house run by Charles Beckett. Gettie was apparently keen on Rizal, helping him with his artwork. Supposedly, her assistance helped Rizal finish his works, namely, 'Prometheus Bound', 'The Triumph of Death over Life,' and 'The Triumph of Science over Death.'

How it ended: It's pretty safe to say that nothing really happened between them in the first place, save for the crush Gettie had on "Pettie" (this was her nickname for Rizal). Some sources say that it was only Gettie who wanted more out of their friendship, while others say that Rizal got cold feet, which made him decide to leave London for Paris in March 1889, possibly in an effort to let Gettie down easy. 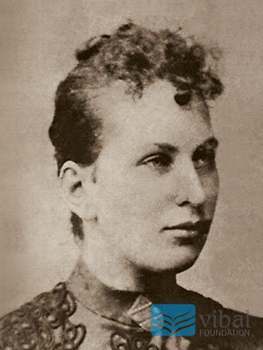 Who she is: Suzanne was a Belgian woman who was the niece of the landladies of the boarding house where Rizal stayed in Brussels in February 1890.

How they met: Someone keep Rizal away from boarding houses. His six-month stay in the city saw him spending a lot of time with Suzanne, and they attended the city's summertime festival together.

How it ended: It seems that he just wasn’t into her. Rizal left her a box of chocolates, which she didn't even open, possibly to keep as a memento. She wrote him two months later, telling him about the unopened box of chocolates and urging him to hurry back. In another letter she sent him, Suzanne wondered if Rizal even thought about her, and resigned herself to the fact that she might not see him again. He ended up returning to Brussels in April 1891, but only so he could keep working on El Filibusterismo. 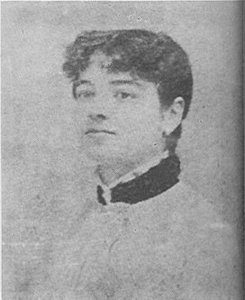 Who she is: Nellie was the daughter of British businessman Eduardo Boustead and was half-Filipina. She was also the fiancée of Antonio Luna.

How they met: Rizal had been friends with her family, and he used to fence with Nellie and her sister Adelina at Juan Luna's studio. In February 1891, Rizal stayed at the Villa Eliada, the Bousteads' winter residence in Biarritz on the French Riviera. Apparently, it got to the point where Rizal actually considered proposing to Nellie, although it might have been the rebound blues talking; at the time, he had just learned that Leonor Rivera got married to someone else, which probably prompted him to think, "Hey, you know what? I'm gonna get married too! That'll show her!"

How it ended: Nellie wanted Rizal to convert to Protestantism, and her mother didn't approve of a man who didn't have the capacity to give her daughter a good life. But it didn't end in tears, as the two had a pretty amicable breakup and she even wished him well in a letter as he was about to leave Europe. 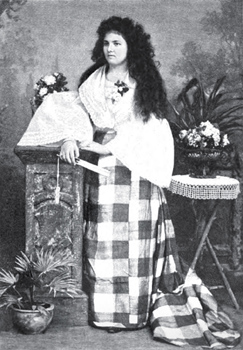 Who she is: Born in Hong Kong to Irish parents, Josephine was the wife of Rizal; he called her "dulce extranjera."

How they met: Josephine, together with her adoptive father George Taufer, sailed to the Philippines and then to Dapitan to see Rizal, as Taufer's eyes required medical attention and Rizal had already developed an impressive reputation as an eye specialist. Josephine and Rizal eventually fell in love, although Rizal's sisters thought she was a spy for the Spanish, and they lived together in Barangay Talisay in Dapitan. Their son Francisco was stillborn.

How it ended: After Rizal's death, Josephine returned to Hong Kong and lived with her father. In 1900, she married Vicente Abad and they had a daughter named Dolores. Josephine died of tuberculosis at the age of 25. Others say she actually returned to the Philippines and lived in Cebu with her husband and taught English at various institutions.

Jose Rizal Women
Your Guide to Thriving in This Strange New World
Staying
In? What to watch, what to eat, and where to shop from home
OR
Heading
Out? What you need to know to stay safe when heading out