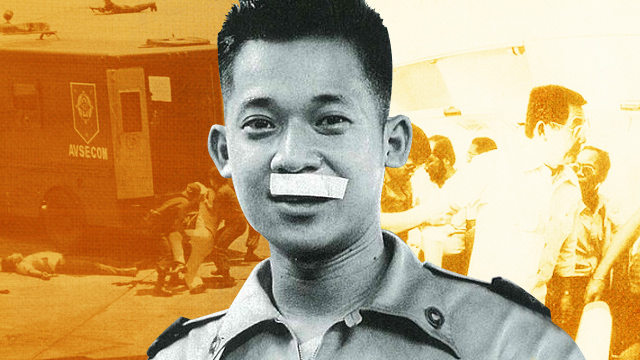 Ninoy Aquino Would Have Declared Martial Law, and Other Stories About His Life and Death

A few curious facts about the late senator

Benigno S. Aquino Jr., or Ninoy as he is commonly called, is undoubtedly one of the most famous Filipinos of all time. For many, he is known as the man whose death single-handedly brought down the brutal regime of late strongman Ferdinand Marcos. For others, he is a political opportunist, a product of the political oligarchies so prevalent in the Philippines.

Notwithstanding the hero-or-heel arguments, it is undisputed that Ninoy would forever remain a significant figure in our country’s history. Let’s take a closer look at the lesser-known facts and get to know more about the man once dubbed as the "Wonder Boy of Philippine Politics." 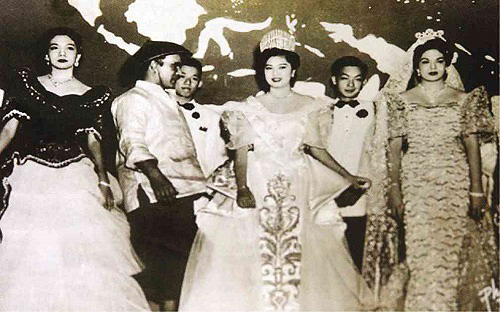 This photo shows Ninoy, then a bachelor and in his early 20s, serving as an escort to Miss Philippines winner and town mate Maria Cristina Galang in 1953 at the Philippine International Fair.

Incidentally, Ninoy’s mother Aurora also used to be a beauty queen, having been named the Lakambini (Maid of Honor) in a local pageant in 1927. 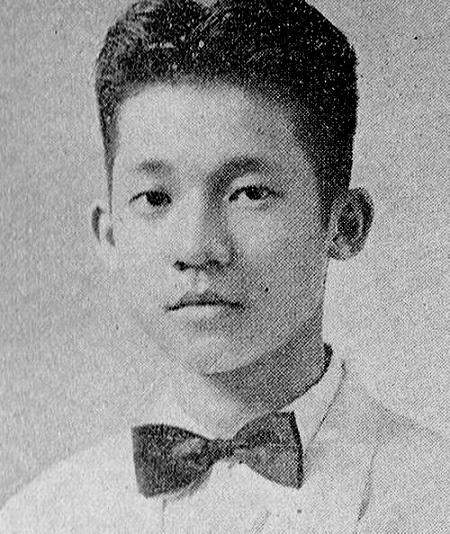 He was an average student.

If Jose Rizal, Manuel Quezon, and Ninoy had been classmates, they would have been best buds. For the genius and eloquent speaker that he was, Ninoy considered himself to be an average student, his grades not going above the line of the 90s nor below the 70s. 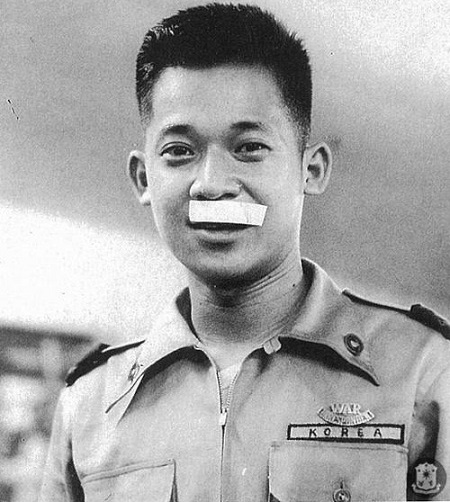 Arriving from the Korean conflict, Ninoy surprised newsmen with a bogus wound in the mouth. Lensman Honesto T. Vitug, who took this photo, reminisced: “He was probably ashamed to come home without a scratch.”

He was the youngest Korean correspondent.

Even at a young age, Ninoy already had his sights set on higher goals. At the age of 17, Ninoy set off for Korea where he became known as the youngest correspondent of that war.

For his exemplary service, he received his first Philippine Legion of Honor from President Quirino at the age of 18. In fact, the old 500-peso bill contains Ninoy’s picture as a war correspondent at the back. If you’re wondering about that photo, Ninoy was said to have been ashamed at having come back from the war without a scratch, hence he made up a story of having been wounded above the mouth. 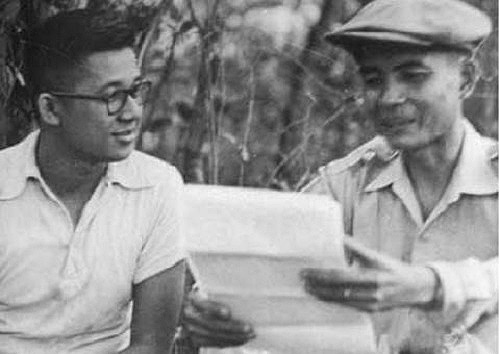 He was instrumental in Luis Taruc’s surrender.

Ninoy, then serving as a close adviser to President Magsaysay, was dispatched by the latter to negotiate for the surrender of Huk Supremo Luis Taruc who was then hiding in the mountains of Central Luzon.

The negotiations took four months to finish after which Taruc agreed to lay down his arms. For his success, Ninoy was awarded his second Philippine Legion of Honor, this time with the degree of Commander.

One of his best speeches denounced Imelda.

Although he had once complimented Imelda’s beauty as compared to that of the Virgin Mary, Ninoy—already a senator—delivered a scathing speech in 1969 against the First Lady for her pet project, the P50-million peso Cultural Center of the Philippines.

In his speech, Ninoy described the building as a “monument to shame” due to it having built at a time when many Filipinos were languishing in poverty. He also took a jab at Marcos indirectly by calling Imelda the Filipino version of Eva Peron, wife of Argentine dictator Juan Peron. Ferdinand was so incensed by the speech that he called Ninoy “a congenital liar” and thought that it was “unmanly” to include his wife in their political rivalry. 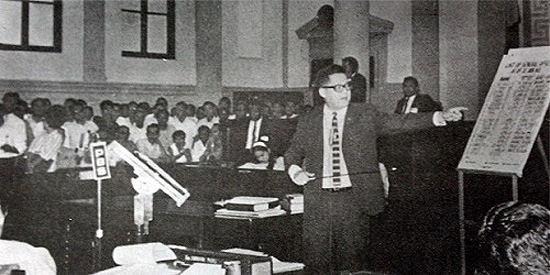 He predicted Martial Law four years before it was imposed.

In his first year as a senator, Ninoy took to the Senate floor and denounced what he called plans by Marcos to establish a “garrison state” by increasing the budget of the armed forces, keeping his loyalist generals in service and militarizing civilian offices.

His warning came true: Marcos imposed Martial Law in 1972, with Ninoy becoming the first to be arrested. Ironically, he had just delivered another privilege speech a day before he was hauled off to prison.

He became a born-again Christian in prison.

In this interview with 700 Club host and prominent American preacher Pat Robertson, Ninoy details how he became a born-again Christian during his seven and a half years of imprisonment inside Fort Bonifacio.

While in solitary confinement, Ninoy became increasingly disillusioned and questioned why God would allow so much suffering in the world. Fortunately, he began reading Born Again, a book by Charles Colson who had been a former advisor to Richard Nixon and who served jail time himself for his role as a co-conspirator in the infamous Watergate Scandal. Later on, Aquino would meet Colson while on a plane flight and promised him that he would use his freedom “to witness for God.” 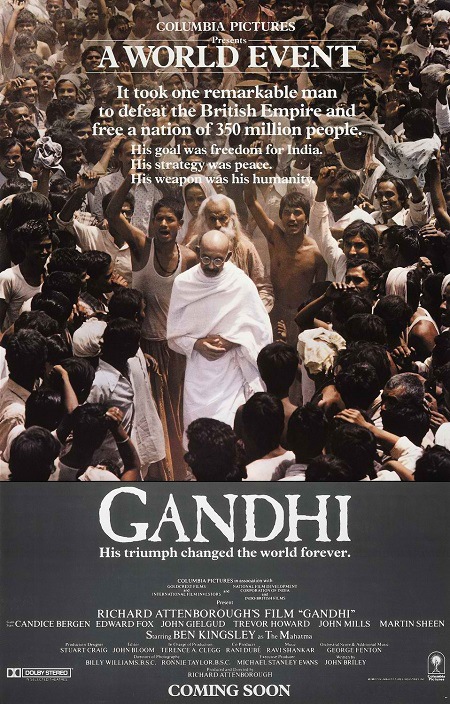 He was a huge Gandhi fan.

According to his wife Cory, Ninoy also admired Gandhi and would constantly read his works and his biographies while inside . She added that when Ninoy went to the States, he watched Ben Kingsley’s 1982 film, Gandhi, a total of three times. Ninoy’s fellow moviegoer, Salvador “Doy” Laurel, commented that he and Ninoy both cried whenever they saw Gandhi fasting to death and his followers being beaten up. 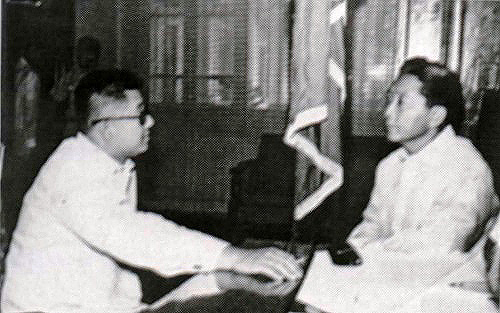 Ninoy Aquino and Ferdinand Marcos, talking in the Presidential Study before Martial Law

He (reportedly) almost lost to Marcos in their battle of wills.

We all know that Ninoy steadfastly opposed Marcos’ dictatorship his entire life. However, as related by his daughter Kris, there was a time in his life when Ninoy almost forsook his principles for his family’s sake.

The incident allegedly happened during Ninoy’s imprisonment when he almost agreed to sign papers indicating his guilt for various trumped-up charges. In exchange, the Marcos regime would return everything it had confiscated from Ninoy’s in-laws back to them. However, Ninoy’s father-in-law Jose Cojuangco reportedly told Ninoy not to worry because they will take care of each other and instead urged him to continue fighting for what is right. 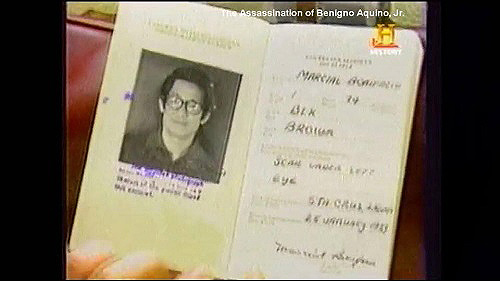 He had an alias.

Aware that the Marcos regime would deny him the passport he needed to return home, Ninoy solicited the help of friends in getting one. He eventually got two, one bearing his name and the other with “Marcial Bonifacio.”

The second, acquired for him by Rashid Lucman, an ex-representative from Mindanao, held significant meaning to Ninoy. “Marcial” stood for martial law and “Bonifacio,” Fort Bonifacio—the place where he had been imprisoned. 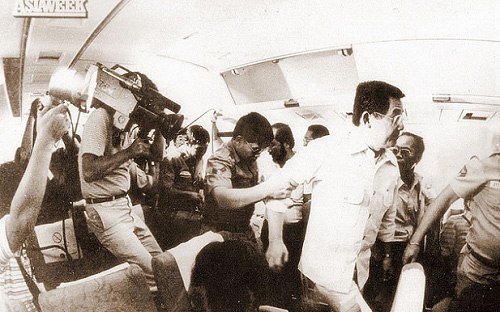 Ninoy being escorted by military people from China Airlines

He wore a bulletproof vest upon his return.

While in Taiwan which was the last leg of his flight back to Manila, Ninoy told reporters at his hotel that he would be wearing a bulletproof vest. However, he also cautioned that it would be “only good for the body, but in the there’s nothing else we can do.” This makes us wonder if Ninoy would have survived his assassination had he also been wearing a bulletproof helmet. 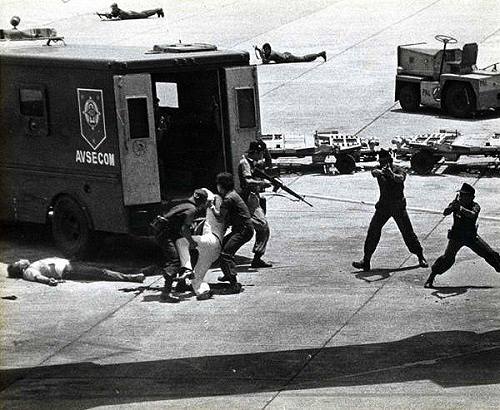 He may have still have been alive after the shooting.

By now, we are all familiar with the iconic image of an apparently lifeless Ninoy being dragged into that infamous blue Aviation Security Command “death van” shortly after he was shot in the head. However, little-known is the fact that he might have been still alive while inside the van.

As attested by Harvard-trained pathologist Dr. Juanito Billote, one of Ninoy’s head wounds bore signs of blunt force trauma as a result of being bashed with a blunt instrument. He also stated that the presence of hematoma indicated that Ninoy had been alive when he was struck, although he could not say if Ninoy had been shot or struck first.

However, in its ruling, the Sandiganbayan found that Aviation Security Command (AVSECOM) personnel committed the heinous deed of bashing the senator in the head while they were en route to the hospital because they “thought that then he was still alive and might survive.” 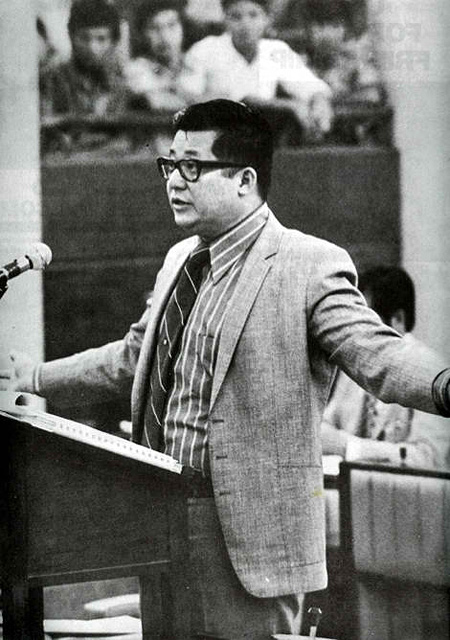 Ninoy would have declared Martial Law, too.

According to journalist Tony Lopez, Ninoy would have most likely declared Martial Law too if he became president. In an interview he gave while being on Christmas furlough in his Times Street residence in 1972, the senator revealed his support for Martial Law.

He told Lopez that it was the only way to solve the country’s social and financial woes brought on by rebellion, oligarchy, and patronage politics. As a gesture of his sincerity for reform should he ever be president, Ninoy said that he would personally order the partitioning of his wife’s family’s vast Hacienda Luisita.

Ninoy Aquino Day Ninoy Aquino Filipiknow Syndication Benigno Aquino Martial Law
Your Guide to Thriving in This Strange New World
Staying
In? What to watch, what to eat, and where to shop from home
OR
Heading
Out? What you need to know to stay safe when heading out