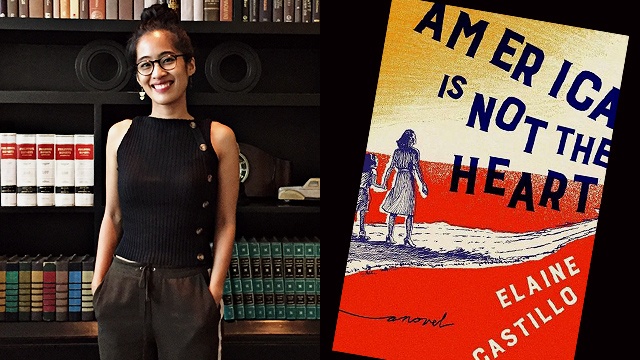 Her debut novel, America Is Not the Heart, is now available in bookstores.

(SPOT.ph) Most Filipino readers would be familiar with writer-activist Carlos Bulosan’s America Is in the Heart, especially those knowledgeable in Philippine literature or simply had it as required reading in school. But Filipino-American author Elaine Castillo adds a new spin to the famous phrase in her new novel—America Is Not the Heart. 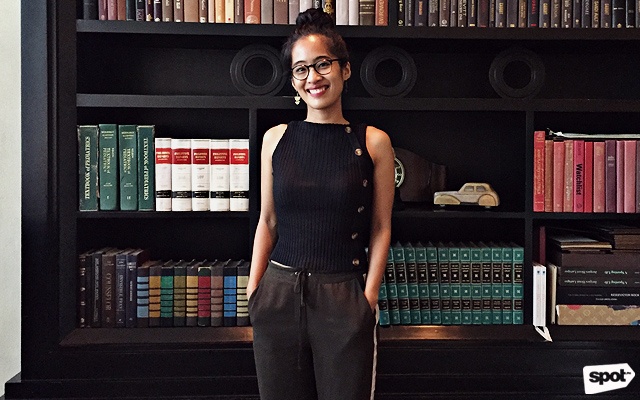 Castillo's debut piece tackles the story of three generations of women in one family struggling to balance the promise of the American dream and the unshakeable grip of history. It's about a "former queer communist insurgent turned undocumented immigrant who moves to California and falls in love, then grows the hell up."

The main character is Geronima de Vera or "Hero," whose nickname was Nimang back home. But it's not just an immigration story. For the young writer, the kind of exploitation, discrimination, and racism that Bulosan fought in the past was very close to her protagonist’s experience.

While in Manila for book signings and Dia del Libro 2018, Castillo sat down with SPOT.ph to talk about the continuing relevance of exploring the immigrant experience in today's world. 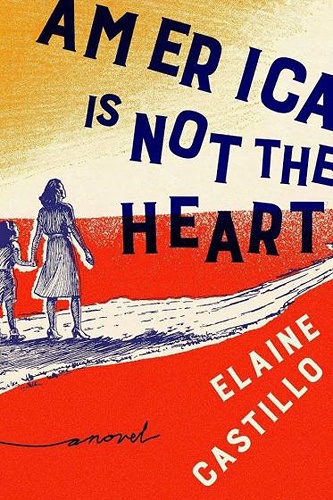 Where did the title America Is Not the Heart come from?

As a Filipina, I like a pun so whenever I hear the title America Is in the Heart to me, I say to myself, “America isn't the heart.” It became a rhyming thing for me. For various reasons, we changed it to America Is Not the Heart. It doesn't necessarily mean that I am contending Bulosan's legacy—although the book does that—it just comes as a private joke for me.

But if you're going to continue the phrase “America is not the heart,” what comes next?

When you think about the conventions surrounding the immigrant histories and narratives, there's this kind of cliché that it's about the American dream or it’s centering that. For me, I don't really care. It's not that I don't want to center America as a concept that is something to aspire [to], but [because of this] people might ask: "If America is not the heart, then what is?"

It's the kind of dailiness, the banalities, the communities that are formed in America. If anyone is going to be the heart, then they are. I think that is why I chose the epigraph that I chose because I know I can trust the gambler because I have been one. The book is about forming community and you don't just necessarily make a community out of the best of the people, but you also include their flaws and vulnerabilities.

Is there also a sense of belongingness that comes with it?

Not necessarily belonging. I think it's a fragile word. Does that mean belonging to a particular American idea? I don't think immigrants should feel that sense. In my family, I don't ever think we did find it necessary. We were really just trying to survive.

Can you tell us more about your roots?

I am American by citizenship. I lived mostly my whole life in the Bay Area in California, then I was living in London for about eight and a half years. Both my parents are Filipinos. My dad is an Ilocano, while my mom is Pangasinense, which has mutually unintelligible languages. 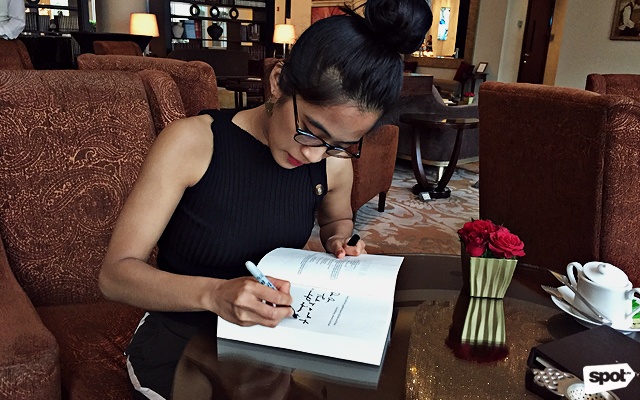 Was there a particular person who inspired Hero’s character?

The smallest seed where it could have come from was years ago, I wanted to write about a former New People’s Army [member] who was in exile. Because growing up, I had a quite distant cousin who was a former NPA and was living in exile. I knew I didn't want to write about it but I think it was probably the occasional stories my dad or my brother would tell about her. They sort of told me what NPA was. But the rest of it was fictionalized.

How relevant is America Is Not the Heart in today's world?

I was asked the similar question in the United States because of Donald Trump. But as an immigrant narrative—with Trump and same goes here, ultimately the rise of power of these authoritarian figures are symptoms and not actually the sickness.

These stories have been relevant for a long time. The dynamics and the socio-political issues have been there for generations long, in the making. The book touches questions around class, government oppression, colorism, and gender equality. Those are things are unfortunately evergreen in their relevance and not particularly in a certain regime to resurface.

Have you met some of your Filipino readers?

What advice would you give to aspiring Filipino writers?

Write what you can only write. Don't deform yourself. Some say that maybe in order to publish, there should be a certain idea of what literature has to be. Maybe it has to be written in English or written in Filipino. It's okay to write in the space that you’re in. Ultimately, owning the place that you can only write from is important and not becoming palatable for some imagined audience.

America Is Not the Heart (Viking, 2018) is available for pre-orders through National Book Store's website for P799.

America Is Not The Heart Elaine Castillo Author Books National Book Store Interview
Your Guide to Thriving in This Strange New World
Staying
In? What to watch, what to eat, and where to shop from home
OR
Heading
Out? What you need to know to stay safe when heading out