Kelsey Merritt's Sports Illustrated Cover Shot by Photographer From the Philippines
Loading
Already a member? Log in
No account yet? Create Account
Spot.ph is your one-stop urban lifestyle guide to the best of Manila. 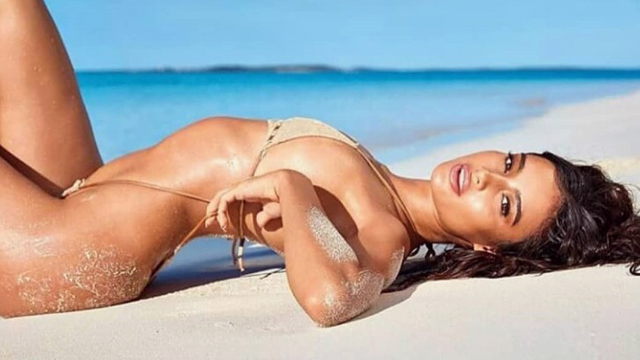 Did You Know: Kelsey Merritt's Sports Illustrated Cover Was Shot By a Filipino Photographer

(SPOT.ph) Filipino-American model Kelsey Merritt is no doubt one of the most noteworthy names in the fashion industry these days, being the first Filipina to walk the Victoria's Secret runway. Since then, she has only continued to gain more followers both locally and internationally. One of her most recent shoots was for a cover of Sports Illustrated's swimsuit issue, and one thing you might not have known about it is that Laretta Houston—the woman behind the camera—was, similar to Merritt, born and raised in the Philippines.

The LA-based fashion photographer proudly put the caption, "Representing the #Philippines where I was born and raised," on Instagram posts of her shots of Merritt.

Houston is an advertising photographer born of a "military father who traveled a lot." According to the bio on her website, she spent most of her time with relatives "raised in poverty without luxury" in Angeles City, a highly urbanized city in the province of Pampanga.

She lost her mother at age 13 and was forced to go into the foster care system. Eventually, she managed to make her way to the United States while struggling to balance work, school, and raising her young daughter, Simone. She graduated at the Art Institute of Atlanta with a degree in Multimedia and Web Design, but after years of working as a web designer, she decided to pursue instead her love for photography—and now she shoots for the likes of LA Magazine, Palm Beach Magazine, Runway Magazine, and more.

Coincidentally, Merritt also grew up in Angeles City, where she graduated from high school, before getting her Bachelor's degree from Ateneo de Manila University and leaving the Philippines to further pursue her already blossoming career.