Tier One CEO on the Bachelor of Science in Esports Degree in PH
Loading
Already a member? Log in
No account yet? Create Account
Spot.ph is your one-stop urban lifestyle guide to the best of Manila. 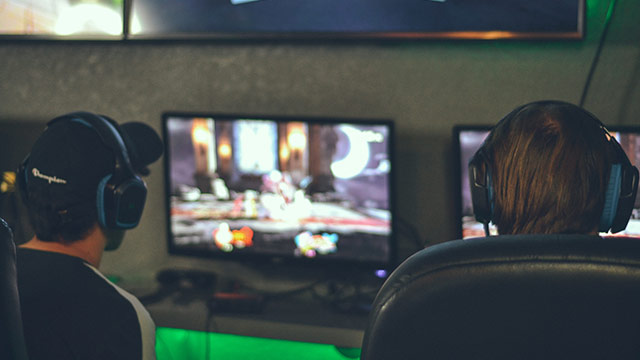 Here's the Lowdown on the Country's First Esports Degree

What we know so far about the landmark course.

Recent reports of the first esports college degree in the Philippines were met with mixed reactions from the public.

Some were thrilled at the prospect of pursuing a career in the gaming industry, while others were skeptical over the idea of creating a Bachelor of Science in Esports degree and its specifics, and how it would differ from game development and other related programs.

Tryke Gutierrez, CEO of esports management and talent agency Tier One Entertainment spoke to SPIN Life, sharing the story behind the conception of the landmark course. He also took the chance to clear the air on their major project with the Lyceum of the Philippines University.

It all started when Gutierrez met with Javy Laurel, one of the owners of Lyceum, in the middle of 2019 to talk about the latter's marketing events. The topic of establishing an esports curriculum in the country was brought up, and the March 4 passing date was eventually set. There was one problem with the plan: Lyceum's proposed esports course was centered on game design.

"Game design is not esports," he pointed out. "It's a totally different thing. Designing a car is different from hosting the NASCAR championship. Sobrang ibang-iba 'yon eh."

Instead, the university's existing game design curriculum will be one of the specializations available after a student is done taking up general education subjects (like introduction to esports) in the first two years of the four-year program.

The other, which Tier One is fully involved in developing, will be the new esports management track. Gutierrez clarified that this side is concerned with the back-end operations of esports, such as team ownership, broadcasting, and marketing.

He revealed, "The course is 80% done, may mga kailangan na lang i-finalize. May subjects like traditional accounting, na wala ang esports practitioners natin ngayon. Another is introduction to public relations, which will be taught by someone from [the] academe. Tapos organizational development; a lot of structures put up by start-up companies can be integrated into esports."

Having defined their respective roles was key to the collaboration between Tier One and Lyceum. The agency provided their industry expertise and the references needed (e.g. universities that already offer an esports degree). The college, for its dean's part, still has the final say about the details of the course. Gutierrez's side basically served as a guide for which subjects—theory has to match practice—should be included in the curriculum.

"May nakalagay do'n no'ng una, Game Strategy. For what game? Maybe today, it's DOTA that's available. But next year, it's not," he explained. "Ginawa naming mas acceptable at kayang lagpasan ang test of time."

Gutierrez understood the cloud of uncertainty over an ambitious endeavor, which is why he's out to set the record straight on the matter.

First, the expectation of instant gratification. He said that judging the feasibility of the course to be rolled out in 2021 is rather unfair, especially with its inaugural batch scheduled to graduate and enter the professional market by 2024 at least. What keeps them positive, however, is the fact that esports is projected to be a one-and-a-half-billion dollar industry three years from now.

He acknowledged the risk entailed by taking up a foreign degree, addressing aspiring students. "Hopefully, they come here to contribute and not to ask for something. This is still a rising industry, and there's a lot of things we have to grow."

There are also those who deem the course downright unnecessary, and claim that esports concepts can be learned through connections and research. Tryke recalled reading online comments like, "Bakit hindi ka na lang mag-mass communications, information technology, or something general, then tsaka mo i-follow ang esports?"

What sets a college degree in esports apart from merely watching games, according to him, is the "competitive edge" of theoretical knowledge and practical foundation.

Although the biggest misconceptions about the course is the prevailing belief that graduation is equivalent to a professional gaming career, said Gutierrez. He compares esports practitioners to one-and-done basketball players, who just have to attend college for a year before entering the NBA.

"In esports, a pro gamer's prime period is around 16 to 22 years old," he stated. "So, how can you expect them to pursue a degree at the same time still be successful as a player? Siguro, by the time they're past their prime, pwede na."

This doesn't mean that the esports industry is lacking in career opportunities, specifically back-end operations. Gutierrez notes that there are a lot of jobs available here and abroad—from video editors, technical broadcasters and producers, to graphic designers, team and talent managers. The only difference (and advantage) that this course would offer would be an understanding of the gaming side of the business.

"Pwede siyang makuha through research, pero iba pa rin if it came from the academe."

Esports Syn-00263 Syndication Tryke Gutierrez Lyceum Seasoned Savvy Adventurer Gaming
Your Guide to Thriving in This Strange New World
Staying
In? What to watch, what to eat, and where to shop from home
OR
Heading
Out? What you need to know to stay safe when heading out