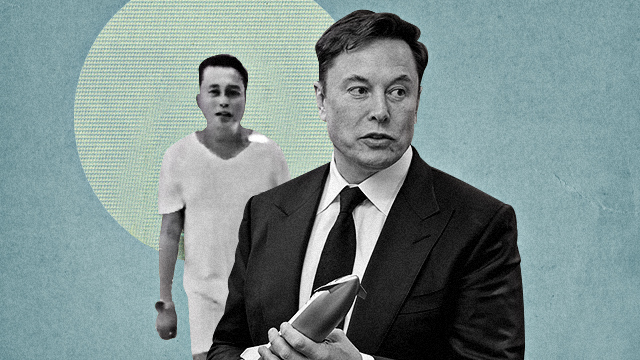 Elon Musk's Pinoy Lookalike Now Has Nearly 300k Views; We Tracked Him Down

Bong Villanueva didn't even know who Elon Musk was until yesterday.

(SPOT.ph) Today in "The Internet is a weird place" news: Someone from Palawan has gone mega-viral thanks to their uncanny resemblance to Elon Musk. Yup, as in Elon Musk of Tesla and SpaceX, so-rich-it's-ridiculous Elon Musk. We're sure you've seen the video on Twitter by now, posted by user @thysz on February 17.

We're on our nth double-take now. Is that really Elon Musk traipsing around El Nido and asking us to go enjoy the beach vibes with him? Is that even possible? The video was grabbed from TikTok and actually shows Bong Villanueva, a make-up artist based in Puerto Princesa, Palawan. Villanueva posted the video to his personal TikTok account a few days earlier—and never expected this kind of attention. Heck, he didn't even know who Elon Musk until his video went viral.

Villanueva was working with the team behind the Miss Palawan Pageant in El Nido, where the preliminary interviews were held on February 13. He started his TikTok account recently, "just for personal use," he tells SPOT.ph in a phone call. That video he made? There was just some free time on the beach so he thought of making the video for fun.

TikTok was a new "stress-reliever" he found during the pandemic, which meant he was making the videos just for himself and close friends. We don't know how the Twitter account got hold of it—but we can definitely see why the connection was made.

Villanueva isn't on Twitter, which meant it took a while before he caught on. Friends started messaging him on February 18, a day after the video started going viral on Twitter—which led him on an Internet research session about this weird "Elon Musk" person people were comparing him to. "Hindi ko siya kilala," Villanueva admitted while laughing.

Who Is Bong Villanueva?

So while Villanueva Googled Elon Musk, people were, in turn, wondering who the heck this lookalike was. Villanueva is a make-up artist by profession. He also has a salon in Puerto Princesa City, Palawan, which has been standing strong since the early 2000s. His work has brought him to places around the globe—and in 2019, he was even recognized for his outstanding work in the field of beauty and wellness during the Gawad Amerika Awards.

So Will We Be Expecting More "Elon Musk" Content?

"Kailangan ko na mag-practice ng English!" Villanueva jokes when asked whether he was going to create more Elon Musk videos. On a more serious note, he shares that he's not so sure yet what to do with this sudden turn of events. "Para sa mga friends ko lang naman," Villanueva says again about his TikTok account. So while it's unlikely we'll be seeing Villanueva dressing up as the billionaire anytime soon, we'll always have this clip of "Elon Musk" running around El Nido!

Adventurer Savvy Tiktok Elon Musk Humor Trending Palawan Viral
Your Guide to Thriving in This Strange New World
Staying
In? What to watch, what to eat, and where to shop from home
OR
Heading
Out? What you need to know to stay safe when heading out