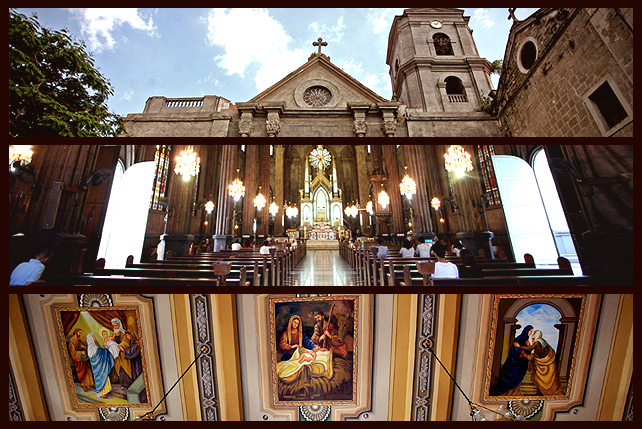 High ceilings, stained glass, and the presence of something divine 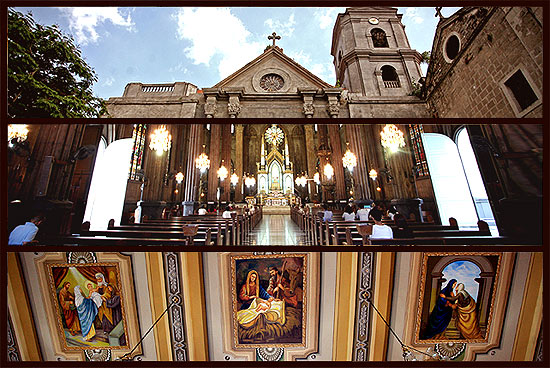 (SPOT.ph) Churches are automatically pretty. It’s a halo effect, because these are places where we are comforted by the presence of something larger than us. We seek solace in the ornate architecture and the history in the stones.


While the holidays spell palm trees and sand for some, pastors and priests from all over the city are inviting everyone to renew their faith, or at least, appreciation for the mysticism inside these grand halls. If you feel like answering their calls, here are 10 of the prettiest churches in Manila where you can reflect on life, the universe, and everything in between. 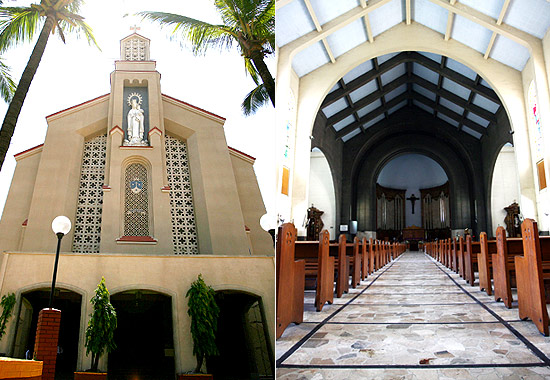 Mt. Carmel is the type of church you remember from childhood-quiet, intimate, and somewhat kitschy. The statue of Mary cradling Jesus as a child is the most prominent feature of the church’s façade and inside, four more sculptures of the blessed Virgin Mother beckon you to offer prayer. It’s been around since 1975, witnessing countless marriages under its high ceilings. 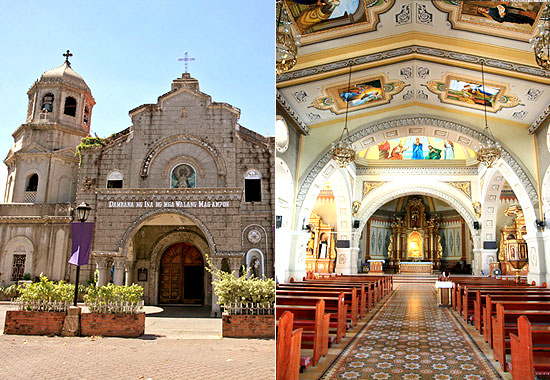 The church houses an image of the Virgin Mary that appeared in 1902, which was venerated as miraculous by Pope Benedict XVI in 2005. The architecture is traditional, with segmental arches framing the crossing and creating a dome over the altar. The interiors look best when the chandeliers hovering over the nave light are on, filling the halls with a soft yellow glow. We’d prefer the ceiling to be more plain, as it’s relatively lower than most churches and the paintings make it feel a little cluttered. 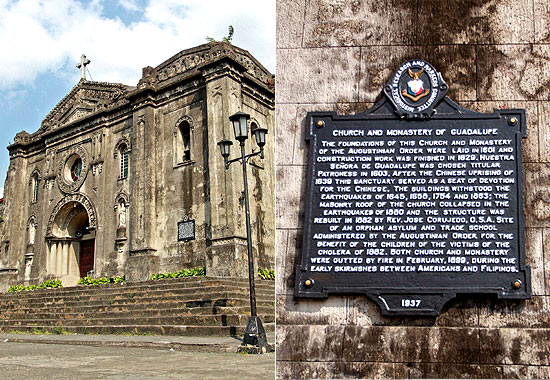 Like most churches in the city (and the country), Nuestra Señora de Gracia Church stands proud after surviving natural calamities and war. Restoring the structure gave birth to a strange mix of architectural form hiding behind an old world exterior. The vaulted ceiling is a little jarring when viewed with the rest of the church, but the white canopies over the narrow halls do bounce the light elegantly. Nuestra looks best during weddings, when white fabric and white flowers are splashed all over the nave. 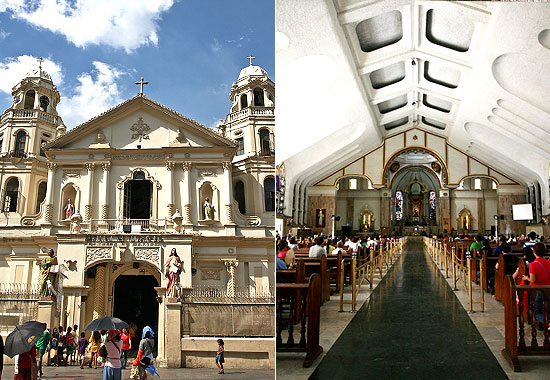 This Spanish-era landmark is, of course, widely associated with the historic and iconic Black Nazarene. Like that image, Quiapo Church itself is distinguished, above all, for its folk character-as typified by its devotees and the street peddlers outside the church's walls. Few are the painters, poets, and filmmakers who have not been inspired by the heady scenes right in this church. It is this quaint aura that has stood the test of time, unlike neighboring downtown Manila, which has receded from its former glory and the immediate vicinity of Plaza Miranda, formerly the center stage of Philippine politics. 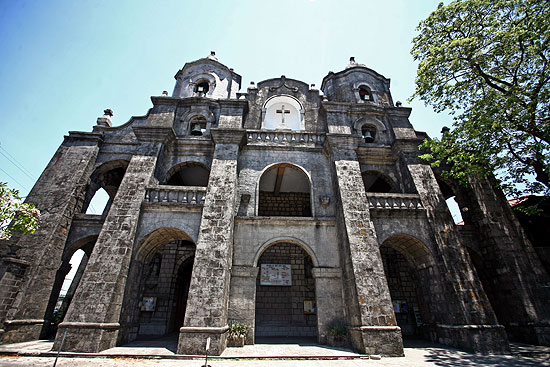 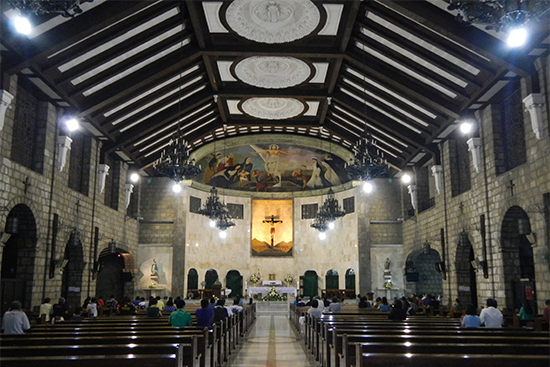 Originally constructed sometime between 1602 and 1604, the structure was damaged by a fire, and was restored in 1641. Another fire consumed the church in 1763, but the parish persevered. The current sanctuary has been standing proud since 1774. May they never feel the urge to paint over its beautiful stone façade, which transitions to a marble altar inside. The church has a strange trapezoidal arch, but the wooden panels make it easy on the eyes. 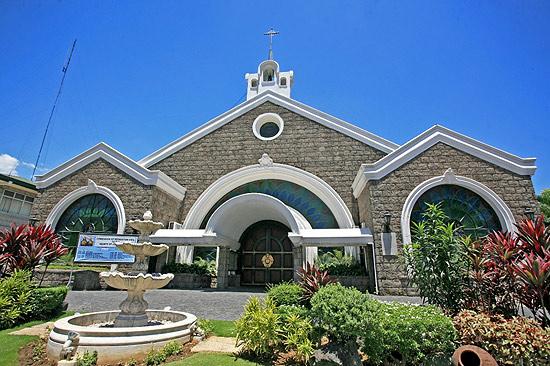 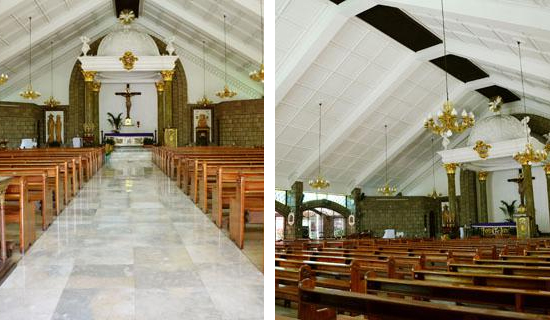 5.  Parish of the Hearts of Jesus and Mary (Diocese of Cubao)

Leaning towards the Gothic style, the Parish of the Hearts of Jesus and Mary is a relatively young structure. From a modest makeshift altar in 1988, this charming stone structure was officially consecrated in 1992, dedicated to the late Cardinal Jaime Sin. Inside, the triangular arches give the church a quainter, more inviting appeal  in contrast to the imposing grandeur of elaborate domes. The petals bursting from the huge stained glass windows also help lessen the somber quality that seems inherent in places of worship. 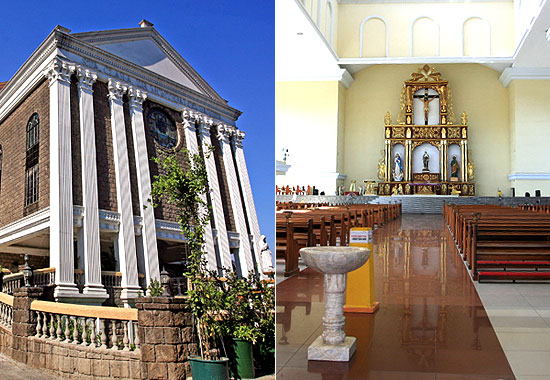 Apart from Manila's famous historic churches, Spain also left its Catholic mark almost everywhere in the Philippines-certainly in the communities surrounding Manila. Although its foundation dates to 1881, this church in Barangay Caniogan, Pasig City, is distinguished for its neat-looking façade, and for its combination of the classical and the modern. The parish is, of course, a vibrant social center in this part of the metropolis, uniting its churchgoers in the spirit of faith and community. 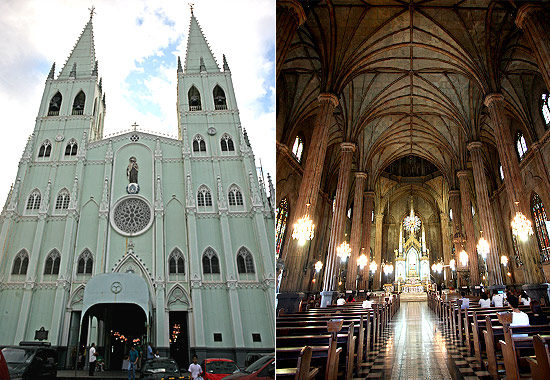 Yet another religious landmark in downtown Manila that is much admired for its striking architecture is the Basilica Minore de San Sebastian. Completed in the late 19th century, the church is a marvel of prefabricated steel. It also remains widely attributed to the designs of Gustave Eiffel (the French architect of Eiffel Tower fame), although this facet remains subject to discourse. Nevertheless, the San Sebastian Church is a fine edifice that resembles a giant jewel. The church continues to attract tourists, but it's also being steadily corroded by Manila's sea air. 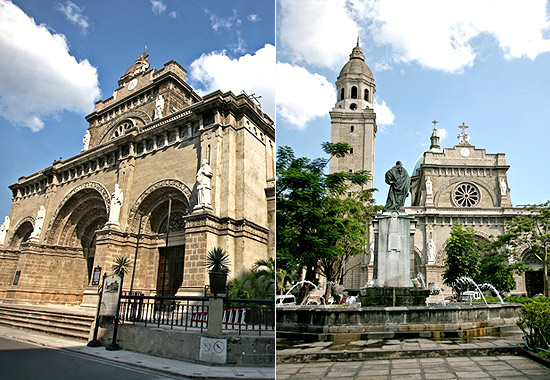 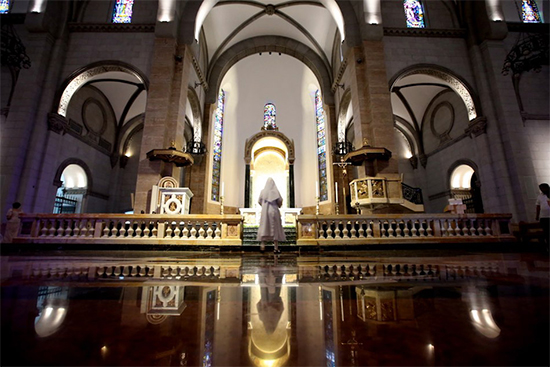 This landmark basilica literally symbolizes the steadfastness of the Catholic faith. In the course of its rocky history, the Cathedral has been reduced to rubble several times by natural and man-made disasters (the 1863 earthquake, the Pacific War). Yet this institution continues to be rebuilt and restored, and has been reinaugurated recently with President Aquino himself leading the ceremonies. The Cathedral has borne witness to key events in history. In our time, this institution stands as a reminder of our faith and our time as a Spanish colony, alongside the surrounding modernity of Metro Manila today. 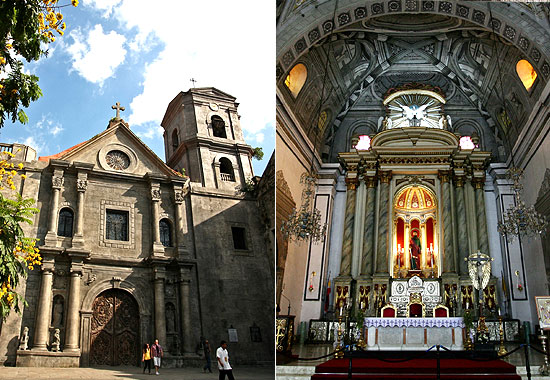 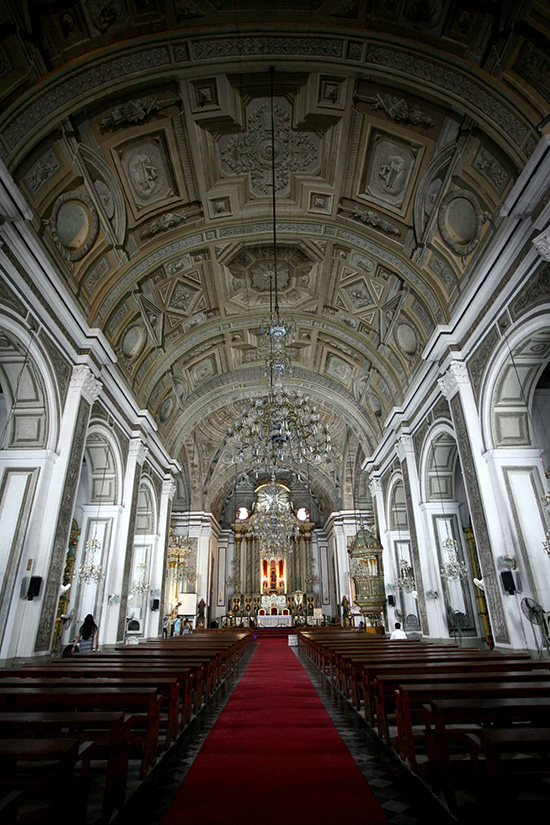 A stone's throw away from the Manila Cathedral, the San Agustin Church has stood as one of the pillars of our Catholic and colonial past for more than five centuries. From its imposing façade to its twisting, cavernous interiors, including a gallery for the dead, the San Agustin is a baroque marvel-its distinction underscored further by its classification as a World Heritage site in 1993. It is here in this Agustinian abode where Miguel Lopez de Legazpi, the man credited as Manila’s founder, is buried. And, indeed, this church transcends its primary purpose as a house of worship, having served as a labyrinthine vault for Manila's Spanish legacy.

Ourladyoftheabandoned Sanagustinchurch Quiapochurch Manilacathedral Mt.carmel Prettychurches Churches
Your Guide to Thriving in This Strange New World
Staying
In? What to watch, what to eat, and where to shop from home
OR
Heading
Out? What you need to know to stay safe when heading out