10 Things We Loved About the Old Nokia Phones

(SPOT.ph) Sure the smartphone is killing it nowadays. But there was a time, a simpler and more relaxing when cellular phones didn’t take away our privacy, our attention, or our dignity. And a simple monotonous beep could make your day a little better.

It was before there was , because what was mainstream about Finland?

For a wireless mobile device, smartphones spend a lot of time attached to a wall socket or a . Back then, one bar meant one day. 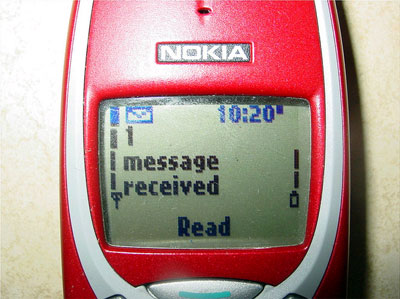 4. The novelty of texts

Art made with strange punctuations. The letter "u" with an umlaut for smiling (primitive emojis). Getting rid of vowels in words for acceptable reasons. Sending quotes. Receiving messages. The agony of having to delete messages because your inbox is full.

People used to be able to talk, sip coffee, and text at the same time. Now it's no talking, taking pictures of the coffee, and ignoring messages. Some phones hardly fit in one hand anymore. (Hey buddy, we can see exactly what you're watching!)

Those repeating beeps and their effect on your mood. Spam was unheard of, so you knew that whenever you heard that sound, someone thought about you and decided to send a message. Plus, ringtones were a big deal. You customized the crap out of that, so you know exactly who was texting or calling.

Not that they didn't break, but let's just say that if you were ever in a situation where you had to throw your phone at something or someone, it wasn’t impossible to put it back together. (P.S. Nokia 5210, perfect for season.)

The "slide to unlock" thing was fun for a while, but it never compared to how cool it was to flip a phone open to say hello. Or to end a conversation by snapping the phone shut. Infinitely more badass than touching a fake button. Let's not even get started on 8110, a.k.a. the slidey phone from The Matrix.

There were (the transparent ones!) and there were phone charms. What were they for? Absolutely nothing. They just dangled. 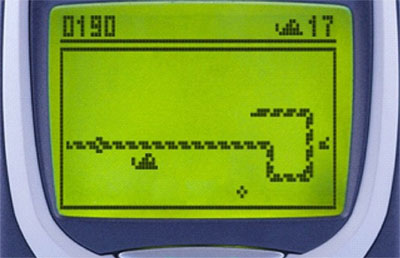 Who needed state-of-the-art CGI effects when there were pixels that needed to be eaten by a featureless snake?

Nostalgia Old-school Cellphones Nokia
Your Guide to Thriving in This Strange New World
Staying
In? What to watch, what to eat, and where to shop from home
OR
Heading
Out? What you need to know to stay safe when heading out