Balesin Island Club Says It Doesn't Discriminate (And Neither Should You)
Loading
Already a member? Log in
No account yet? Create Account
Spot.ph is your one-stop urban lifestyle guide to the best of Manila.

Balesin Island Club Says It Doesn't Discriminate (And Neither Should You)

CEO Mike Asperin attempts to put a stop to the hullabaloo. 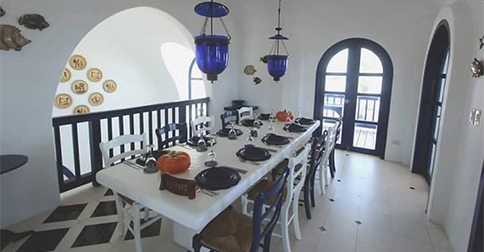 Mike Asperin, CEO of the resort, released a statement on April 6, stating that it's inappropriate to say that they are discriminating against anyone: 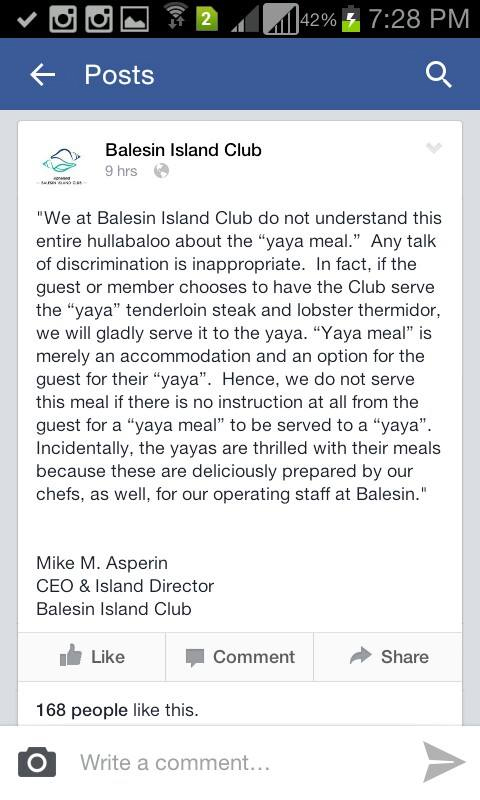 Let's look at the facts: First, Nanay Belen wasn't prevented from ordering anything. In fact, it was Maggie Wilson-Consunji's mother who was told that she couldn't have the meal. Second, Wilson-Consunji herself conceded that the fault is in training the attendant and that Balesin has made it clear that they have no policy against the help ordering anything that they want.

It's also clear that the resort, as a business, was catering to the request of other guests who want to spend less on their helps' food and lodging. So...fault on them? It's possible. Nothing will stop those people from ordering cheaper food for their help elsewhere.

Unless you want to have some law that puts a price cap on how much you need to spend on your nanny's meal...which would maybe seem ridiculous, considering that we are lacking in laws that would protect the help from other forms of discrimination.

Maids everywhere are seeking help in fighting abusive employers and some of them are even forced to do crazy stuff just to earn money for their family. The worst part is, there are a few who would risk getting abused again because they have limited options.

Also read: 10 Things We Learned From the Yaya Meals in Balesin