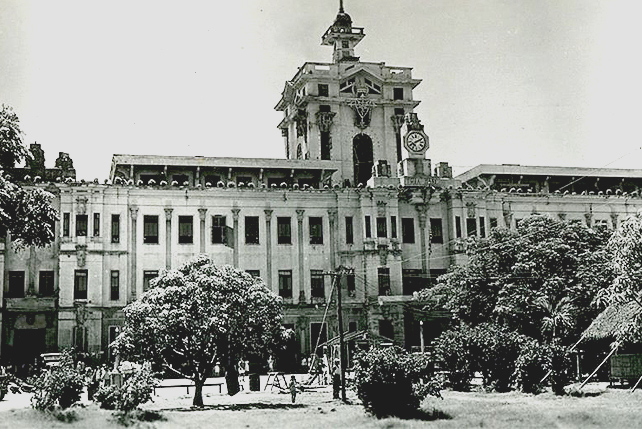 PHOTOS: 10 Manila Universities, Then and Now

Historic structures that have stood the test of time

(SPOT.ph) Aside from churches, schools in Manila have become one of the oldest standing institutions in the country, some of them having been founded by Spanish or American colonizers. Rich in history (and ghost stories), these structures have stood the test of time, from World Wars to floods and everything in between.

Here are 10 university buildings that are notable for their history as well as their contribution to learning through the years. 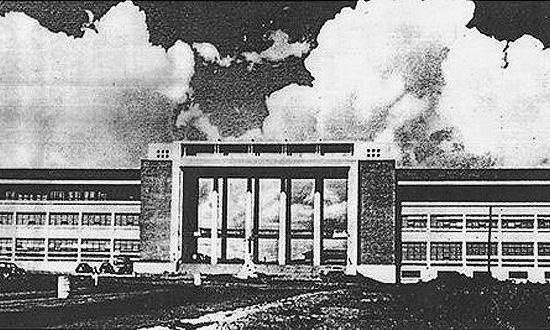 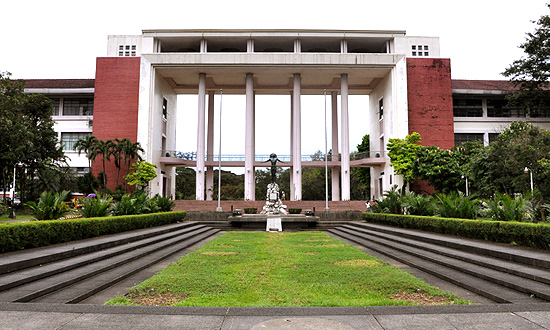 Quezon Hall and Oblation Statue at the University of the Philippines, Diliman

The Quezon Hall, UP Diliman’s administration building, was designed by Juan Nakpil, the country’s first National Artist for Architecture. It is one of the first four buildings to stand on the campus in 1950, after the school transferred from Padre Faura. For the first five years, the seat of administration was actually located in Palma Hall. 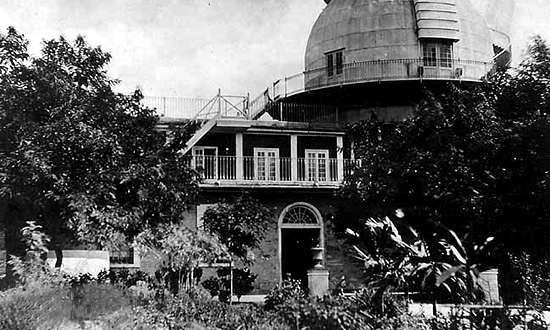 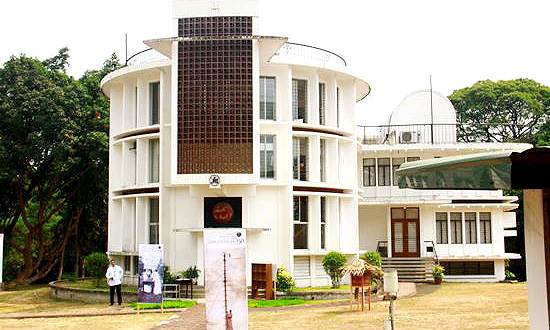 From Intramuros, to Padre Faura in Ermita, and even briefly, Sampaloc, Ateneo finally found its home in Loyala Heights in 1952. The Manila Observatory was in its Padre Faura campus but was bombed by the Japanese in World War II. It was relocated and rebuilt in the Loyola campus, together with the other buildings, after the war. 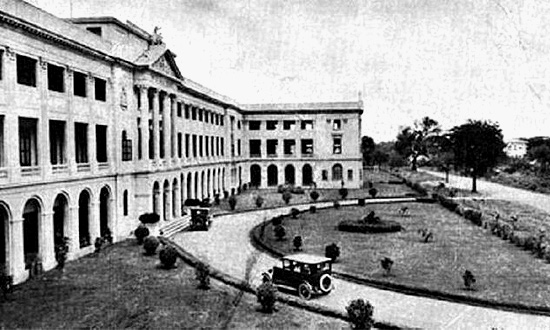 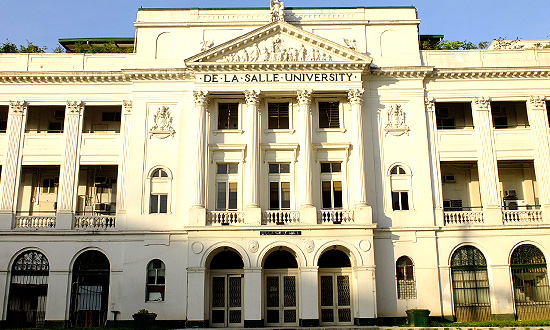 Built in 1924 and designed by Tomas Mapua, this neoclassical building was actually the first one built on the Taft campus. It first catered to grade school and high school classes, back when those were still being offered here. 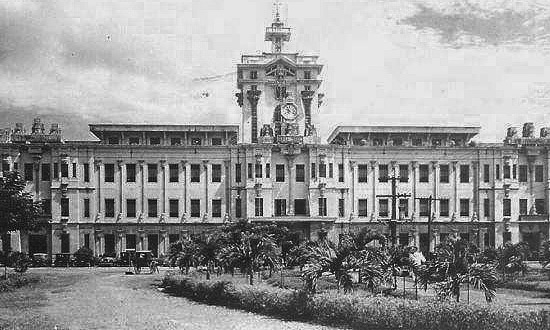 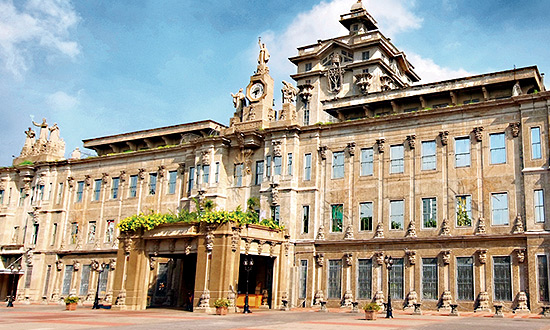 Main Building at the University of Sto. Tomas

This Catholic university was originally located inside Intramuros, then moved to Sampaloc when the Dominicans were given 21.5-hectares of land in the area. The main building was designed by priest-engineer Fr. Roque Ruaño, and it was inaugurated in 1925. It was the first earthquake-proof building in the country. 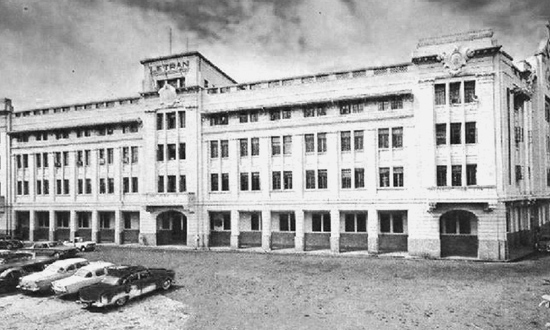 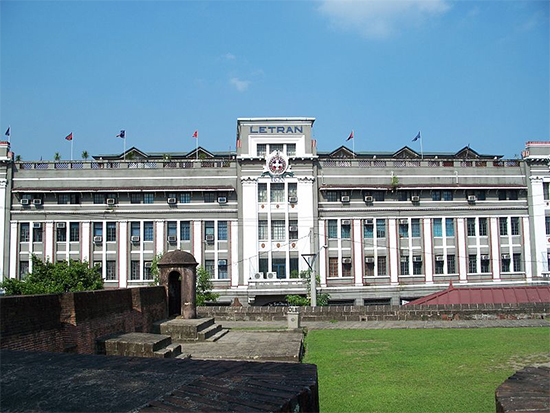 Letran is one of the few schools in Manila that have remained in its original campus in Intramuros. The school was founded in 1620 and its students consisted primarily of orphans. In the 1880s, the school expanded and added new buildings to accommodate elementary, high school, and college students, but these were bombed during World War II after it was turned into a garrison by the Japanese army. 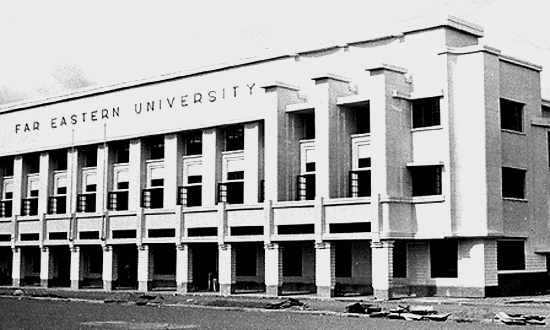 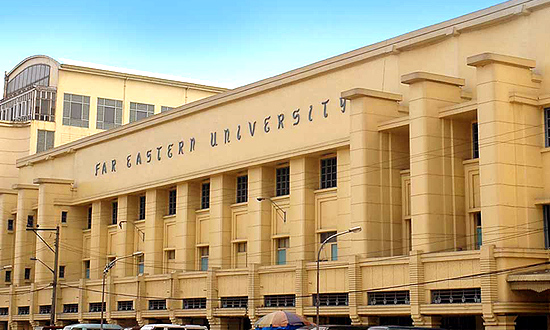 This building serves as the façade of the school, which was established in 1928 by Dr. Nicanor Reyes and other academics from the University of the Philippines. When World War II broke out, the university became the headquarters of the Kempeitai. 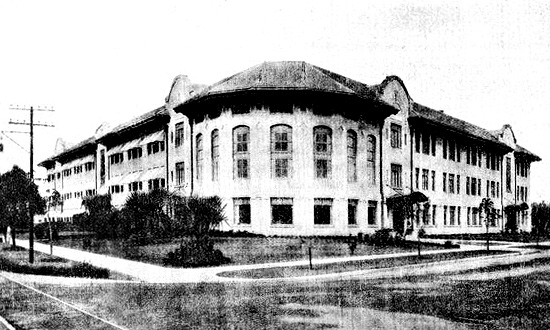 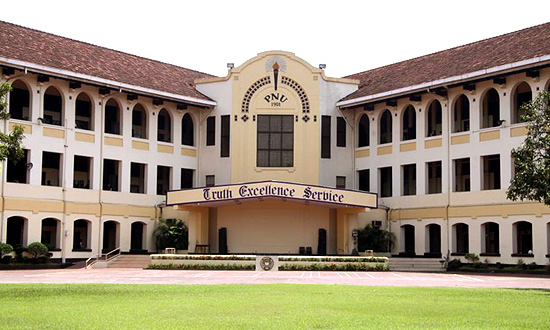 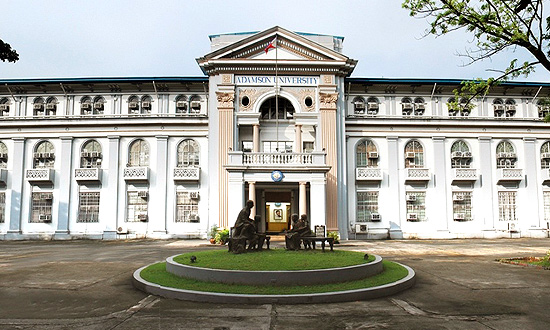 St. Vincent is Adamson’s main building, which houses the College of Law, Computer Science, Information Technology, and Graduate School. On its Diamond Jubilee in 2007, the National Historical Commission of the Philippines declared the university a historic site, with the marker placed in front of this structure. 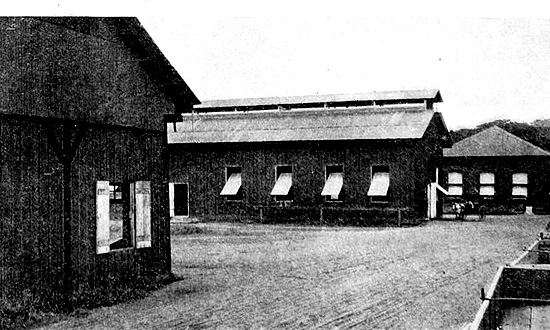 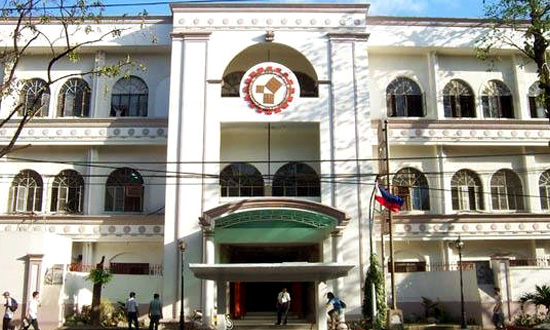 Trade Schools at the Technological University of the Philippines

TUP was originally founded as the Manila Trade School in 1901. It officially opened classes in Intramuros then changed its name to School of Arts and Trades in 1910. The school transferred to its current location in 1915, but the buildings were destroyed during the war. It was rebuilt in 1950 through the Philippine War Damage Commission. 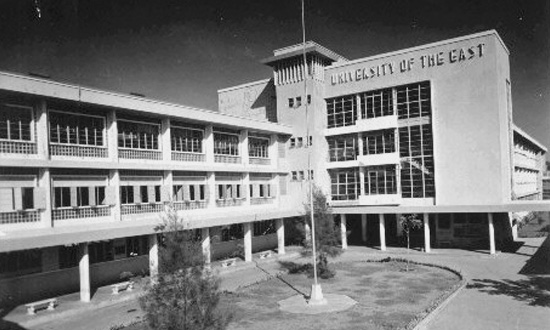 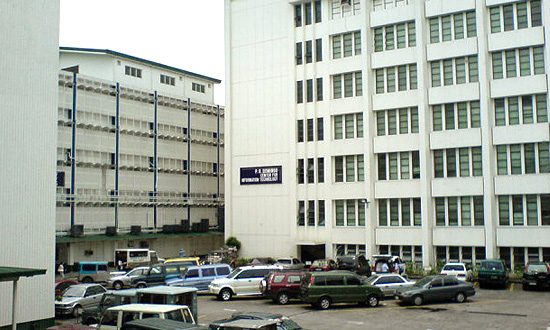 Panfilo O. Domingo Center for IT Hall and College of Computer Science and Studies at the University of the East

Formerly known as the Philippine College of Commerce and Business Administration, the University of the East was built after the war in 1946 to cater to accounting students. It used to stand on R. Papa Street in Sampaloc before moving to Recto Avenue in 1948. 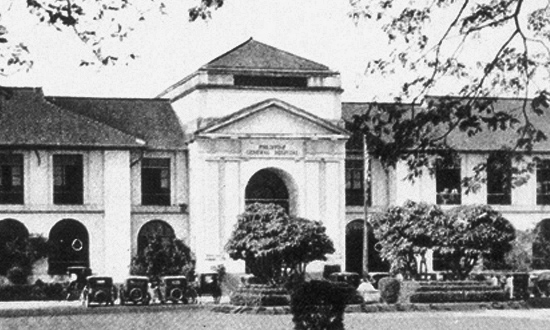 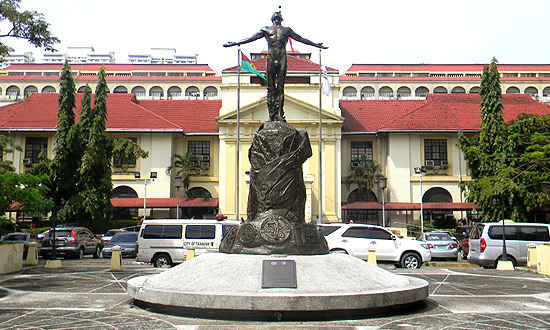 Philippine General Hospital at the University of the Philippines, Manila

This state-owned hospital and largest training hospital in the country was built by architect William Parsons in the neo-classic style as part of Daniel Burnham’s plan for Manila. Construction started in 1908 and it was completed and opened to the public by 1910.

Photos from urbandud.wordpress.com (UP Diliman); skyscrapercity.com (Ateneo); courtesy of Lou Gopal (DLSU, Adamson); and from the universities' official websites and Facebook pages