A new version of Fifty Shades of Grey from Christian Grey's point of view + more things you might have missed today
Loading
Already a member? Log in
No account yet? Create Account
Spot.ph is your one-stop urban lifestyle guide to the best of Manila.

Updates on the "overpriced" Makati building, a mashup of The Shining and The Grand Budapest Hotel, and more. 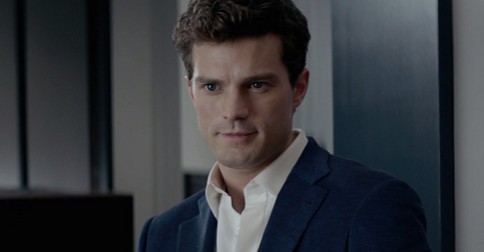 1. A new version of Fifty Shades of Grey from Christian Grey's point of view

Mr. Grey will...tell you a lot about himself now, apparently. Fifty Shades author E.L. James announced on Tuesday that she will be releasing a new version of her first book told from the perspective of Christian Grey, in response to multiple requests from readers. The book, entitled Grey, will be published on June 18.

The Nora Aunor-starrer Taklub may have earned rave reviews and won a Special Award from the Ecumenical Jury at the Cannes Film Festival, but the film's lead was noticeably not in France to celebrate. In an interview with PEP.ph, the Superstar explained that she didn't fly to France because she was reportedly given an Economy Class ticket and not a Business Class ticket, as earlier decided.

After Sharon Cuneta previously expressed her disapproval of daughter KC Concepcion's "unnecessary, too-sexy poses," the latter has confirmed with PEP.ph an ongoing rift between the two. Sharon earlier said via Facebook comments that their issue was bigger than just sexy poses, but neither of them divulged any more details.

"As any mother and daughter, we’re not perfect. Pero I still [want] to protect her, ayokong magsalita at palakihin yung isyu," said KC. "And because I love my family, I feel very hopeful na whatever we’ve been going through for a long time now will be fixed."

After Vanity Fair unveiled their new cover featuring Caitlyn (formerly Bruce) Jenner's debut to the public, the Internet was quick to notice that she looked similar to actress Jessica Lange. In an interview, Jessica (who was told about the trending cover, and what "trending" actually meant), responded, "That’s so wonderful. Well, now I’m going to have to look for that picture."

5. Watch this creepy mashup of The Shining and The Grand Budapest Hotel

What do you get when you put together the creepy concept of Stanley Kubrick's The Shining and the distinct aesthetic of Wes Anderson? You get this awesome mashup entitled "The Grand Overlook Hotel." If you're a fan of either of the two works, you'll love how haunting this turned out.

6. Two Pinays honored by Queen Elizabeth for work on Yolanda

Two Filipino women were awarded with Members of the Order of the British Empire for their "exemplary service to the British community and to victims of supertyphoon Yolanda." Queen Elizabeth II conferred the honor to Vice Consul Victoria Buenaventura and Pro-Consul Joanna Teh of the Consular Section at the British Embassy in Manila, who both went to Samar and Leyte "to account for all those who were reported as missing and those who need help."

According to Justice Secretary Leila de Lima, a witness currently in the government's custody claims that Davao City Mayor Rodrigo Duterte ordered killings by the vigilante group Davao Death Squad (DDS). De Lima described the witness as a "self-confessed DDS hitman" who has already given an affidavit (currently being validated by the NBI).

A report by the Senate subcommittee that investigated the alleged Makati building overprice concluded that there was a "grand conspiracy" to raise the price to over a billion pesos. The report, which was signed by 10 senators, said that Vice President Jejomar Binay and his son, Makati Mayor Junjun Binay, are liable for plunder because they "signed as agency heads the documents related to the construction of various phases of the building."

Instagram isn't just for drool-worthy shots of food and eye-catching photography. It turns out it's also a great place to learn some tips and tricks about beauty, from creating the perfect winged-liner to mastering the art of contouring.

As much you cringe when dad tells you another corny joke or sigh when he tends to be overprotective, you've got to admit that dad knows a thing or two about life. Here are just few of his many words of wisdom.