Updates on 2016 elections, Cesar Montano responds to rumors of a love child, and more. 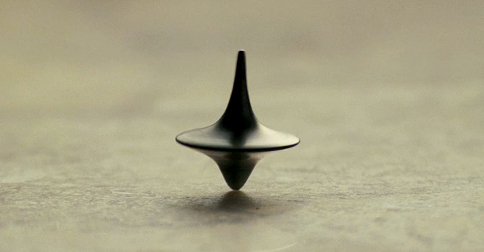 Are you still frustrated at how the Inception ending left you hanging? Director Christopher Nolan has finally discussed how it ended...sort of. In a graduation speech given at Princeton University, he urged the graduates to "chase [their] reality" and continued, "I want to make the case to you that our dreams, our virtual realities, these abstractions that we enjoy and surround ourselves with they are subsets of reality."

He then compared his statement to the Inception ending, saying, "The way the end of that film worked, Leonardo DiCaprio’s character Cobb—he was off with his kids, he was in his own subjective reality. He didn’t really care anymore, and that makes a statement: perhaps, all levels of reality are valid [...] But the question of whether that’s a  dream or whether it’s real is the question I’ve been asked most about any of the films I’ve made. It matters to people because that’s the point about reality. Reality matters."

Cesar Montano continues to remain mum about his rumored relationship with Miss Philippines Earth 2009 Sandra Seifert. In an interview with PEP.ph, he denied having a baby with her, saying, "Lagi na lang may [bundle of] joy. 'Pag meron kang Diyos, laging may joy. Kasama 'yon." He didn't directly respond, however, to questions on whether he was dating her. The two were recently spotted in the audience of the May 26 episode of The Ellen DeGeneres Show.

After weeks of speculation and telling social media posts, Daniel Matsunaga has admitted that he is in a relationship with Erich Gonzales. He made the statement in an episode of Kapamilya Deal or No Deal, after accidentally letting it slip.

They're back together, but only onscreen. Ex-lovers Dennis Trillo and Jennylyn Mercado are slated to star in a new drama entitled Faithful Husband (a sort of nod to My Husband's Lover, perhaps?). It will reportedly be the story of Emman (Trillo), the faithful husband to the cheating wife (Mercado). The show promises to be a different take on the usual infidelity plot.

The upcoming DC film Aquaman has found its new director in Furious 7's James Wan. The movies star Jason Momoa (Khal Drogo on Game of Thrones), who will first appear as the ruler of Atlantis in 2016's Batman v. Superman: Dawn of Justice. His solo film is set to hit theaters in 2018.

After decades of supposed extinction, two amphibian species were rediscovered by a team of scientists who were on a research expedition in Palawan. The Malatgan River caecilian was thought to have been extinct for half a century, while the Palawan toadlet was last sighted 40 years ago. The expedition is part of a larger initiative to establish a new protective reserve in the region.

Resigned PNP chief Alan Purisima is reportedly entitled to receive his salary and other benefits once his six-month preventive suspension ends next week. He will be placed under the police's Personnel Holding and Accounting Unit until he retires on November 21.

According to Senate President and Liberal Party (LP) vice-chairman Franklin Drilon, the party's presidential candidate for 2016 will be announced after P-Noy's State of the Nation Address in late July. He refused to answer, however, if Interior Secretary Mar Roxas would be their candidate.

Just like any regular trip to the gym, your brain needs to flex its mental muscles, too. We've rounded up 10 fun apps that will train and exercise your mind.

10. 10 Skincare Mistakes You Didn't Know You Were Making

You might have the strictest routine, but what you're doing to your skin could probably be doing more harm than good. Here are 10 skincare mistakes you might be making.