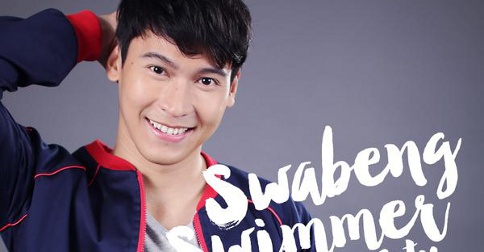 Enchong Dee suprised his fans on Sunday, June 21 when he announced on ASAP that he would be entering the Pinoy Big Brother house as the 12th housemate...and host. On the show's second night, Dee became an official housemate and hosted alongside Toni Gonzaga and Bianca Gonzalez.

Jennylyn Mercado has unseated Marian Rivera as the sexiest woman in FHM's annual poll. This is the fifth time Jennylyn made it to the list, but the first time she reached the top spot. She has also previously expressed her openness to walk during FHM's annual party in July. Marian held the position in 2013 and 2014.

In an Instagram post on Sunday, Piolo Pascual thanked former co-star Judy Ann Santos for giving him his "biggest break in showbiz." He congratulated the actress on her pregnancy and added, "Sana maka-work kita ulit." Their love team dates back to Esperanza in the late '90s, followed by three blockbuster movies.

On Sunday, Taylor Swift took to her Tumblr to explain why 1989 would not be on Apple Music when it launches on June 30. She argued against Apple's decision to not pay artists during the three-month free trial period. "This is not about me," she partly wrote. "This is about the new artist or band that has just released their first single and will not be paid for its success. This is about the young songwriter who just got his or her first cut and thought that the royalties from that would get them out of debt."

On Monday, Apple announced that they will be paying artists during the trial period.

5. A heat wave in Pakistan kills around 140 people

Despite repeated statements saying that he has no plans to run for the presidency, Davao City Mayor Rodrigo Duterte seems to have had a change of heart. In his weekly program on a Davao City news channel on Sunday, he reportedly said, "I will consider the suggestion of my friends and supporters." He also added that he will stop issuing statements that he is not interested in running for the top executive post.

Vice President Jejomar Binay has "irrevocably" resigned from his Cabinet posts as chairman of the Housing and Urban Development Coordinating Council (HUDCC) and presidential adviser on Overseas Filipino Workers' (OFW) Concerns. The vice president’s daughter, Makati Representative Abigail Binay, reportedly hand-carried the resignation to the Office of the President on June 22.

Speaking of the Vice President, the latest Pulse Asia survey has revealed that Binay is the most trusted top government official with a 57% approval rating, which is 15 points higher than his previous trust rating in March. On the other hand, P-Noy's trust rating is at 50%, a huge leap from his record-low 36% in March.

On Sunday night, designer Veejay Floresca detailed how a bouncer in Valkyrie denied her entry for "cross-dressing." Multiple accounts say that this isn't the first time this has happened. We detailed the then-and-now situations that has the LGBT community rallying online.

10. 10 Motivational Comics for the Manila Commuter

Stuck in traffic again? Trying to squeeze into the MRT? We salute you, courageous commuters of Manila. Think of these comics as an homage to you.