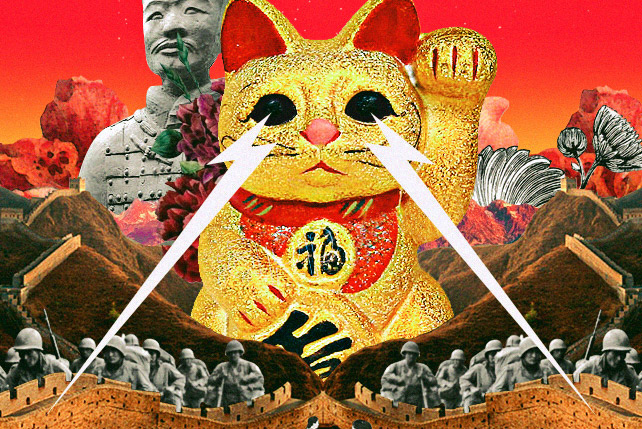 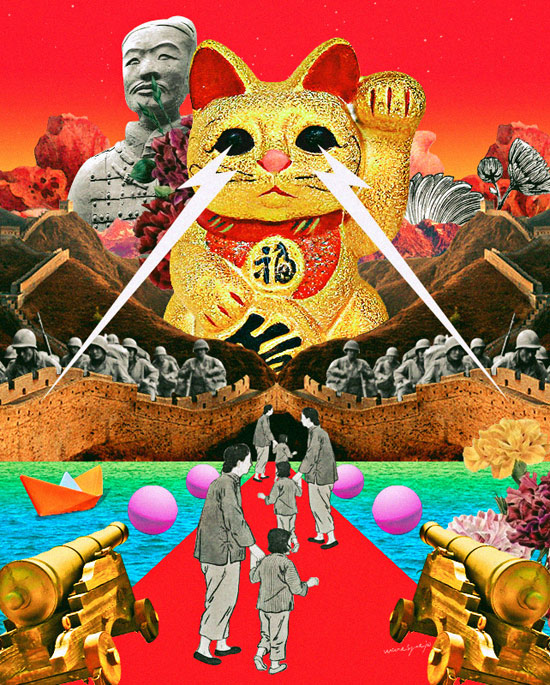 I hope that this letter finds you well. I know that part of the amity and respect between us is that you would never hesitate to tell me when I am wrong; and by the same token I would like to correct you on some points on which you are mistaken about the Chinese in the Philippines and war with China.

It seems to me that the underlying problem of your column is a failure to identify who the “Chinese-Filipinos” are. You yourself point out that their presence in what we now call the Philippines preceded Western colonization, and that intermarriage and acculturation took place over the centuries. If this were so then the Chinese would have been absorbed into the Filipino, racially and culturally. That there is a separate and identifiable group of Chinese in the Philippines is because of the large number of migrants who arrived in the years between the American occupation of the Philippines, when the 1882 Chinese Exclusion Act extended to these islands, up to 1975 when they were allowed to take Philippine citizenship. By this time they had formed a distinct identity: not one of enmity, but a migrant’s mindset of a community that had to stick together as a minority group.

Since then they have entered the professions, intermarried, and sent their children to schools where several generations have grown up as Filipinos. They see the Philippines as their home and the people around them as compatriots. What pains them about what you have written is that while they think of themselves as Filipinos, it is a sad but unfortunate truth that this view is not always reciprocated. They will always be the other: those who have to be kept within firing range of the cannon in the parian; those whose foreign culture must be kept from tainting the native; those whose business interests must be kept in check by laws and migrant rights. And now there is a new reason to distrust them: that they might be the advance guard of the enemy at the gates, who will unlock the bolts from within. What fearful asymmetry, indeed: that the ethnic Chinese see themselves as Filipino, but there are still Filipinos who see them as Chinese who happen to be living in the Philippines.

There are at least three aspects to the Chinese Filipinos that must be regarded separately. First, they are a business club, albeit one in decline: the immigrant mindset of sticking together that developed in the years when they lived as second-class citizens in the Philippines became trust networks that provided mercantile connections. Second, they are a migrant ethnic group, whose families know one another, who are trying (though failing) to keep both their vernacular language and traditions alive. And finally, it is a cultural identity, shared with millions of Chinese overseas as well as the Han majority in China: the chinky-eyed race, descendants of an ancient civilization, of a shared written language, and a shared mythology of origin.

None of these is a political identity, though perhaps it is the third that gives rise to the idea that we would side with the enemy and turn on our countrymen in the event of a war. Let us address the question that you are asking with no prevarication: What would happen if war were to break out between China and the Philippines?

My own father, who made his first earnings gathering bayonets and supplies left behind by fleeing Japanese soldiers and selling them for scrap, was finally able to swear his oath of allegiance to a Philippine republic that eventually allowed him to own land, to build a house in which to raise a family, to own a business, and to vote. It was also an oath to uphold the republic; and it is a variation on this oath that I and my children are bound to now.

It is an oath, among other things, to defend the republic, with no exception. I myself condemn without reservation the incursion of China into Philippine waters, and reject the offer of “joint exploration” that Beijing has proposed for the disputed territories. I would welcome a diplomatic solution, but would not offer appeasement as a temporary solution to a tenacious threat. As Churchill did not say: we will fight on the beaches; we will fight in the hills; we will fight on the reclaimed islands.

You may question whether I am alone in my attitudes, and you would be right to wonder; others may take a more moderate, or even a contrary stance. It is a question that should not just be asked of the Chinese in the Philippines, but of all who call this nation their home. And how many of us will stay and defend what often seems a doomed republic and a decaying society rather than use a second passport to make an ignominious exit? It is a valid question to raise, but I do not believe it is anyone’s right to demand an answer. That way lies McCarthyism.

But I don’t believe that the war will come the way it did then. The corollary of the old chestnut about those unaware of history being doomed to repeat it might just be that those who have lived through history are doomed to think it repeats. Those who had lived through the Great War in Europe believed that the Second World War would be largely similar to the 1914 to 1918 one. You make the mistake of imagining that war with China will take the same form as war with Japan, which is the premise of what you wrote. A war on economic terms will seem much more likely, and China is not preferential on who launders their money to buy into the local economy. This danger is not in the conditional tense. It is in the present. This cold war has already started.

In this light, it is our duty to ask what it means to be loyal, and what it means to betray and sell out one’s country; and ultimately, what it means to be a Filipino patriot. Shame on us as a nation if we asked of each other to give up their cultural identity, whether it be Kankanay or Ilonggo or Chinese, in order to be more Filipino. It would be a poor society that would deem as less of a Filipino one such as my father, who took his chance as a migrant and was held at Engineer’s Island as a young man, hoping to enter the Philippines. He then spent half a lifetime waiting to be given the chance to pledge his loyalty to a new homeland; with the same vigor, it would seem, that many are now seeking to escape it by emigration. To ask him or me to be less Chinese in order to be more of a patriot diminishes not just my humanity but the great diversity and history of integration that is part of the Filipino identity.

I remain, and always will be, your friend in words and ideals,