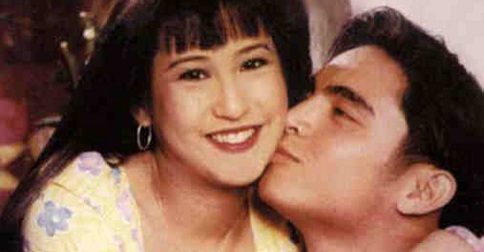 1. Jolina Magdangal admits to falling in love with Marvin Agustin

On a recent episode of Aquino and Abunda Tonight, Jolina Magdangal admitted that she was "crazy in love" with Marvin Agustin when they were a love team during their younger years. She said that Marvin was sweet to her but "Hindi 'yon ang hinahanap kong love."

Angelica Panganiban and Buboy Villar have both been nominated in the 5th Guam International Film Festival. She got a nod in the Achievement in Acting category for That Thing Called Tadhana, while Buboy was nominated for his role as a young Manny Pacquiao in Kid Kulafu. Tadhana is also a Guam IFF Grand Jury Nominee for Best Narrative Feature.

The film festival is from September 26 to 30.

In an interview, actress Neri Naig admitted that she suffered a miscarriage two months ago. She didn't disclose any further details, but we do know that this would have been her first child with husband Chito Miranda. The couple first announced their pregnancy in May.

4. Here are the "most timeless" songs according to Spotify

Here's a bit of throwback for you. Using Spotify plays from 2014, data scientist Matt Daniels found that Nirvana's "Smells Like Teen Spirit" is the most-played '90s song with over 50 million plays. Trailing far behind Nirvana are the Goo Goo Dolls' "Iris," Oasis' "Wonderwall," and Red Hot Chili Peppers' "Under the Bridge" with over 30 million plays each. Other songs in the Top 10 include Blackstreet's "No Diggity" (30.9 million plays) and Whitney Houston's "I Will Always Love You" (27.4 million plays).

5. Cecil the Lion's killer is now a Halloween costume

Caitlyn Jenner isn't the only person getting a Halloween costume this year. Now, even Cecil the Lion's killer is coming to your next Halloween party. The costume, which is being sold online, refers to Dr. Walter Palmer, the dentist who killed the lion. It comes with a severed lion's head and a dentist's smock complete with blood splatter and dental tools. In a bizarre twist of events, 15% of all proceeds will reportedly go to a "wildlife foundation."

6. Part of NAIA 2 floor collapses, sends foreigner into a hole

An arriving foreign passenger was on his way to the immigration counter when he fell into a two-foot deep hole after the platform of Ninoy Aquino International Airport (NAIA) Terminal 2 collapsed. The incident happened on July 25, but was only reported Wednesday. Dave de Castro, spokesperson for the Manila International Airport Authority, confirmed the incident and said that "appropriate actions" have already been taken.

According to Sen. Antonio Trillanes IV, Vice President Jejomar Binay allegedly pocketed about P2 billion from salaries of supposed "ghost personnel" in Makati City through contracts of firms owned by his "dummies." At the resumption of the Senate Blue Ribbon Subcommittee's hearing on the alleged anomalies involving the Binays, Engineer Mario Hechanova, former head of the Makati General Services Department (GSD), said 10% of employees hired through the contracts were "ghost personnel," and that this has been happening for the past 10 years.

Binay was also accused of enrolling ghost senior citizens in the city government's program for the elderly. According to Arthur Cruto, head of the Makati Action Center, at least 40% of senior citizens listed among Blu Card holders in Makati City are ghost beneficiaries.

9. 10 Products You Need to Try Next Time You Shower

You know you're officially an adult when you start looking forward to showers. The next time you hop in for a bath, take these products with you, which we promise will give you a few valuable minutes of Zen.

Concerts are amazing, no doubt about it. But when iPads are blocking your view and you're caught in the stampede when the show starts...well, let's just say they're not fun as you had hoped.