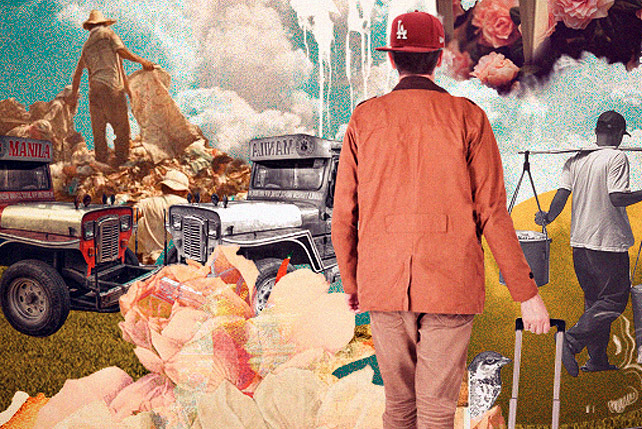 The Trouble With Balikbayans

Clinton Palanca ponders the annoying habit of saying, "When I lived in..." 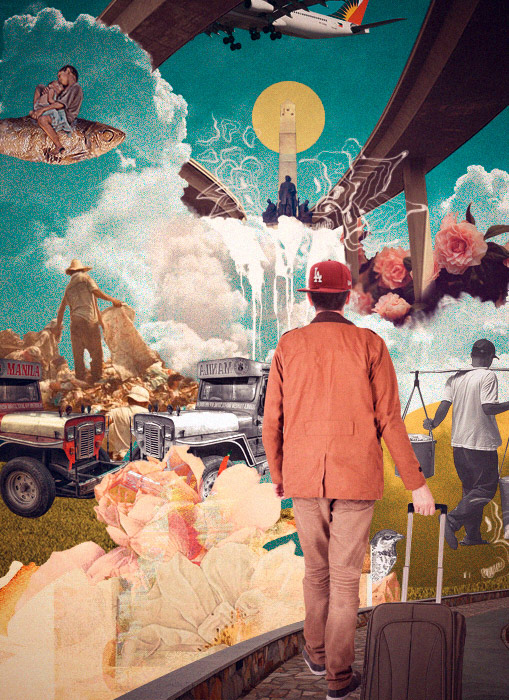 (SPOT.ph) In the world of taxi drivers and barbers that we live in where everyone has an opinion on what’s wrong with the country and how to solve all our problems, there’s no one quite as self-assured and obnoxious as the balikbayan. I should know: I was one. I spent six years abroad and when I came home I made sure everyone knew how great it was over there, and how we should have parliamentary debates, stop at pedestrian crosswalks, and form orderly queues.

After a few years, I’ve settled in and drive like everyone else, and join “Mercury Drug”-style queues, where it doesn’t look like there’s a line but there’s an order to it, really, we’re just all crushed up against the counter. And I’ve also begun to roll my eyes at balikbayans, for whom every detail of life was better in the States, or the UK, or Australia, or Singapore. Then I wait for about two or three years for them to adapt (or for them to be assimilated by the Borg, depending on which way you look at it), and soon enough, they join the rest of us in doing things we take for granted, like people who lurch their car forward to close a gap just for the hell of it, or hurriedly close the elevator door when they hear you coming, or attempt to defy the laws of physics by trying to get on a packed train carriage rather than let people step off first.

For some, the balikbayan is a terminal bore. Mine was a generation that grew up in the shadow of "colonial mentality": If you preferred anything foreign over what was Filipino, that was considered colonial mentality and therefore forbidden. In retrospect we would now call that post-colonial mentality. So there is a certain taboo to saying that things are better abroad, even if they are. People come back from abroad with a vision of how our country could be, rather than the way it is, and we respond with a jaded glare and tell them to wake up and get with the program.

If only we could make the most of the two years before they wake up from the vision, like the poet Coleridge’s moment between waking from the dream of a far-away land and the knocking at the door that ended it, in which he managed to write the fragment that we now know as his masterpiece, “Kubla Khan.” Sometimes we need the altered vision of someone who has been away for a significant length of time for us to be reminded that things could be better. Sometimes we need the missionary zeal of the balikbayan, obnoxious as they may sometimes be, to help us remember that the world need not be what is the case. After all, we all had our moments of idealism at some point or other; it just has been beaten out of us: “I really want to save the country, but I’m stuck in traffic at the Guadalupe interchange."

Overseas workers remit money home, which is important for the economy in the short term; but ideally they should also bring home ideas. Sometimes they’re as simple as business concepts, which are monetized as franchises or imitations, or conveniences, like online shopping. Or sometimes they’re social movements, such as being able to breastfeed in public, or gay marriage. Or sometimes they’re political ideas, the most dangerous of which is that of the benevolent dictator, who think that what the Philippines needs is a Lee Kuan Yew. (Not even Singapore needs a Lee Kuan Yew; not anymore.) Or sometimes it’s as banal as the concept of signalling before turning.

"If you like it so much abroad," we tell the balikbayans, "why didn’t you stay there?" There are many reasons for coming home, both “push” and “pull” reasons: temporary visas expiring, immigration laws changing, missing one’s family, death of a parent, or just wanting to be home. We all both love and hate our country at the same time, even those who live here and have never left. In an ideal world we would see the best of the countries where we made our home temporarily and try to make those ideas work here, and recognize the worst of those countries and make sure they never take root here.

This is a pipe dream, of course. But as someone who has been through the process, all I ask is that don’t let’s be beastly to the balikbayans, help them with the trauma of re-entry, and let them channel their enthusiasm to do something for the country into impetus for action, on their part or ours; before they sink into apathy and the bleak view of seeing what is around us as irreversible and impossible to change.

Balikbayan Clinton Palanca
Your Guide to Thriving in This Strange New World
Staying
In? What to watch, what to eat, and where to shop from home
OR
Heading
Out? What you need to know to stay safe when heading out