Quotes of the Week: Solenn Heussaff on APEC, Karen Davila on Alma Moreno's "awkward" interview + more
Loading
Already a member? Log in
No account yet? Create Account
Spot.ph is your one-stop urban lifestyle guide to the best of Manila. 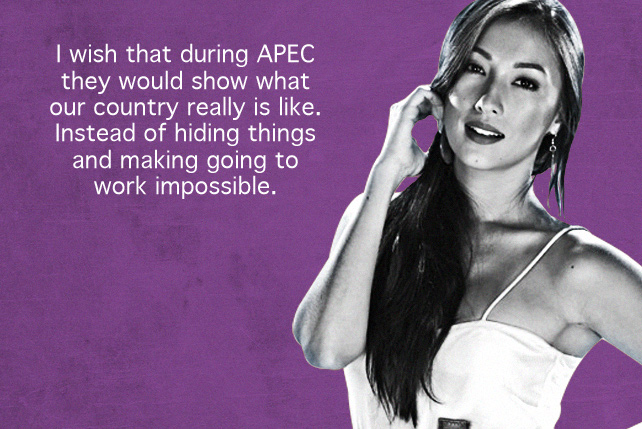 (SPOT.ph) The world was still reeling from the terrorist attacks in places like Beirut and Paris when its attention shifted to the Asia Pacific Economic Cooperation (APEC) Summit being held in Manila. World leaders got the VIP treatment at the expense of metro commuters who had to endure blocked roads and longer travel time to work. 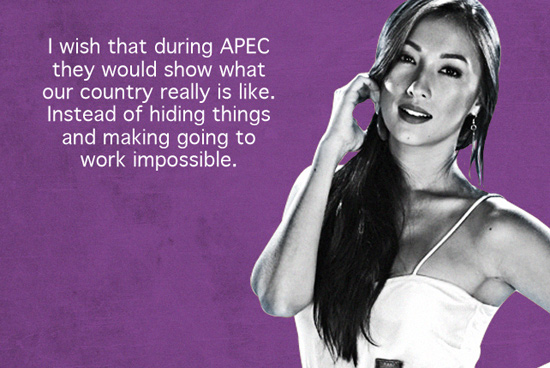 "I wish that during APEC they would show what our country really is like. Instead of hiding things and making going to work impossible." — Solenn Heussaff on the APEC Summit in Manila.

The government has been so hospitable to our foreign guests that they seem to have forgotten about the rest of us. 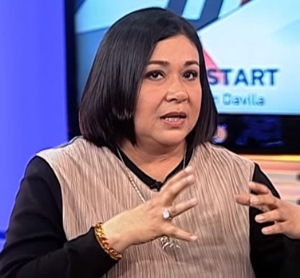 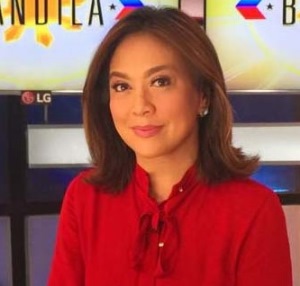 "When someone is running for higher office, they must have an understanding of issues. This is a standard we owe to the Filipino people. You will choose in the end. My job is to ask the hard questions." — Karen Davila on her "awkward" interview with Alma Moreno. 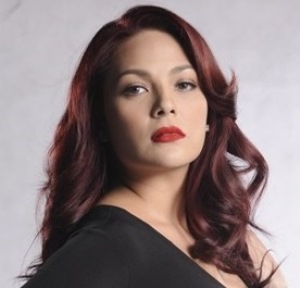 "I will fight to keep the faith I have in the goodness of humanity. My heart is with you all." — KC Concepcion on the Paris terrorist attacks.

Paris is close to KC's heart because she lived there for several years during her college days. 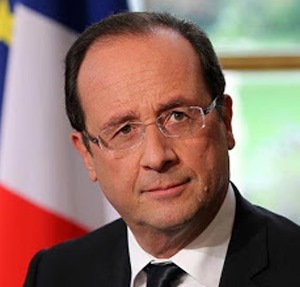 France has already started airstrikes in Syria and their intelligence agencies are reported to be close to catching the mastermind behind the attacks. 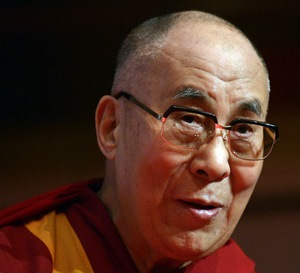 "We cannot solve this problem only through prayers. I am a Buddhist and I believe in praying. But humans have created this problem, and now we are asking God to solve it. It is illogical. God would say, solve it yourself because you created it in the first place." — Tibetan spiritual leader, the Dalai Lama, on the Paris terrorist attacks. 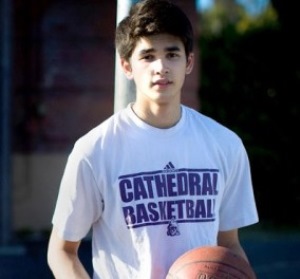 "It was crazy. I didn't expect it at all. [Who] knew that a kid from the Philippines would sign to UCLA? So just knowing that I'm going to a historic school makes me real proud and happy to be a Filipino." — Basketball player Kobe Paras on signing with the UCLA Bruins of the U.S. NCAA basketball league.

The future of Philippine basketball is looking bright. 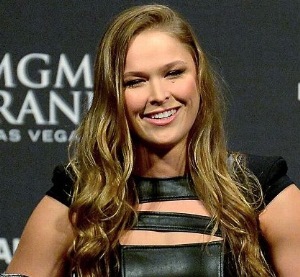 "I’m going to take a little bit of time, but I’ll be back." — Mixed Martial Artist Ronda Rousey on being defeated by Holly Holm.

We look forward to your comeback! 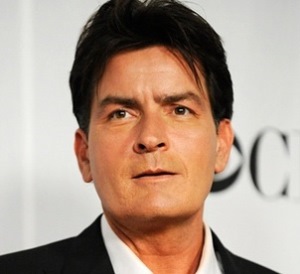 "I am here, in fact, to admit that I am HIV-positive...It's a hard three letters to absorb. It's a turning point in one's life." — Actor Charlie Sheen on being diagnosed with the Human Immunodeficiency Virus (HIV).

The actor also said that by coming out with his diagnosis, he wishes to end the stigma faced by people living with HIV. 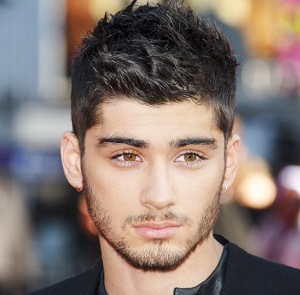 "I wasn't 100 percent behind the music. It wasn't me. It was music that was already given to us, and we were told this is what is going to sell to these people...We were told to be happy about something that we weren't happy about." — Zayn Malik on why he really left One Direction.

You mean you weren't happy with "Best Song Ever?" That was the best song ever!

Apec Summit Manila 2015 Apec Summit Apec Solenn Heussaff Paris Apec2015 Quotes Of The Week Zayn Malik Ronda Rousey Charlie Sheen Hiv-aids
Your Guide to Thriving in This Strange New World
Staying
In? What to watch, what to eat, and where to shop from home
OR
Heading
Out? What you need to know to stay safe when heading out