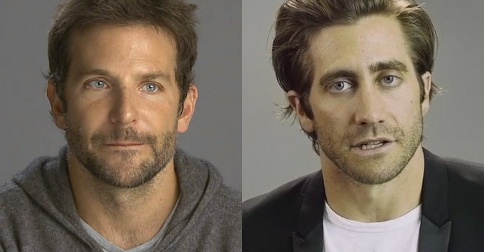 Just so we're clear, it's not a real audition—but that doesn't make this video any less hilarious. W magazine rounded up Bradley Cooper, Jake Gyllenhaal, Seth Rogen, and Paul Dano to audition for the role of Cher Horowitz from the iconic '90s teen movie, Clueless. (Yup, complete with her famous quotes!) Some of them took it really seriously (like Rogen), while others were waaay existential (Gyllenhaal). We just really, really wish Paul Rudd were around for a scene.

In an interview with PEP.ph, Heart Evangelista admitted that she is taking a hiatus from showbiz to focus on her painting. "Pagdating sa showbiz, hindi mo naman alam kung hanggang kailan ka mamahalin ng tao," she explained. "But with painting, as you get older, and when time comes to pass, the more precious your paintings are, you will be remembered. I want something to leave behind. I want to fall in love with something that would be precious and treasured by people." She clarified, however, that she won't be leaving the industry for good.

3. Nadine Lustre says she is open to auditioning for Darna

When word first broke out that Angel Locsin was dropping out of the upcoming Darna movie, Nadine Lustre was one of the early frontrunners as a replacement. When asked about the project, she said that she would love to audition for the role. "Gusto ko [maging Darna], but I am not sure if I am ready," she admitted. "Personally, hindi pa. Sobrang daming preparations na kailangan. I will prepare for it talaga." Meanwhile, her love-team partner, James Reid, voiced his support, saying, "Number one, she’s Pinay. Two, she has the physique, and she can demonstrate power because that’s what Darna is all about."

4. WTF news of the day: Woman asks firefighters to free her from her chastity belt

Here's something you don't hear every day. A woman in Italy dropped by a fire department asking firefighters to help her remove her chastity belt. According to local papers, she reportedly lost the key. Firefighters were able to free her from the metal belt (complete with a padlock), but not before asking her if she had been forced to wear it. She explained that it was to protect her from sexual assault, which she had been hearing about on the news.

The Philippines might have lost its bid to host the 2019 Fiba World Cup but it got a consolation prize as it was chosen to stage one of three Olympic qualifiers set for July 5 to 11. This would give Gilas Pilipinas a boost in the 2016 Rio Olympics after it lost to China in both the 2015 Fiba Asia Championship and the 2015 World Cup. The two other countries who are hosting the qualifiers are Serbia and Italy.

6. Rare conjunction of five planets to be visible in Philippine skies January 22 to March 3

Those who will look up to the sky before dawn from January 22 to March 3 will witness a rare celestial scene as Jupiter, Mercury, Mars, Venus, and Saturn will be "lined up"—visible in Philippine skies! It’s so rare that the last time it happened was 11 years ago, the Philippine Atmospheric Geophysical Astronomical Services Administration (PAGASA) said. PAGASA astronomer Pepe Mendoza said the best time to look up is about an hour before sunrise, under dark and clear sky conditions. Be sure to catch it because the next time it happens will be 24 years from now, on September 10, 2040, said Mendoza.

On January 20, Manila policemen arrested former Iglesia ni Cristo minister Lowell Menorca on libel charges while he was on his way to the Court of Appeals (CA) for a hearing on the illegal detention case he filed against the religious group's officials. Menorca reportedly resisted but was stopped at Roxas Boulevard. According to dzMM, Menoca said the police officers who tried to arrest him were not wearing police uniforms. He also said he has been receiving death threats for going against the religious group. Superintendent Ed Leonardo, who tried to serve a warrant of arrest, admitted that he’s an INC member, but denied that it had something to do with Menorca's arrest.

With over 4.2 million likes on his official account, P-Noy stands tall as the 10th most-liked leader on Facebook in 2015 according to a study from a leading communications and public relations firm. U.S. President Barack Obama topped the list with over 46.4 million likes. Meanwhile, the White House page earned the eighth spot with over 5.4 million likes. P-Noy is followed by APEC hottie Mexican President Enrique Peña Nieto, who took the 11th spot with 4.5 million likes. The World Leaders on Facebook study aims to provide a deeper look into how world leaders, governments, and international organizations use social media as a communication tool.

These days, all you need to binge-watch is a decent Internet connection and a computer. From streaming platforms like HBO Go to Netflix, we handpicked 10 TV shows that you need to start streaming ASAP.

10. 10 Things Only Budget Travelers Would Know

Traveling is much more accessible now than ever, and it’s not just because of seat sales and travel promos. The thirst for adventure gave birth to a new breed of travelers—those who, even with a limited budget, are resourceful enough to make the most out of their trips. Here are 10 things they know to be true.