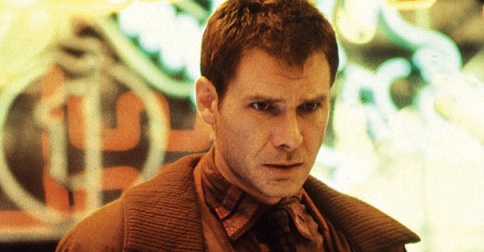 It's really happening: A sequel to the 1982 sci-fi classic is officially in the works, and it's starring Harrison Ford and Ryan Gosling. Ridley Scott will not return to direct the movie, but he will be its executive producer. Instead, the movie will be helmed by Denis Villeneuve (best known for critically acclaimed thrillers like Prisoners in 2014 and Sicario in 2015). The script will be penned by Michael Green and Hampton Fancher (who co-wrote the first movie), reportedly based on an idea thought up by the latter and Scott. Its plot will take place several decades after the conclusion of the original. No release date has been announced as of writing.

2. Matthew Perry "can't remember" three years of Friends due to past substance abuse

In an interview with BBC Radio 2, former Friends star Matthew Perry opened up about his past struggle with addiction and how he still can't recall much of what he filmed because of it. When asked which episode was his least favorite, he answered, "I think the answer is I don’t remember three years of it. So none of those...somewhere between Season 3 and 6 [...] I was a little out of it, yeah." He admitted that he had been addicted to alcohol and prescription pills in a 2013 interview with People.

3. Jessy Mendiola fuels Darna rumors by donning the costume for a show

Jessy Mendiola made headlines over the weekend when she donned the famous, star-spangled Darna costume. For the record, she isn't the new Darna just yet; she just wore the outfit for a skit on the weekend comedy show, Banana Sundae. In a recent Instagram post, she clarified, "Ito ay pawan katatawanan lamang, trabaho lang po. Walang personalan. Masaya na 'ko kasi nabigyan ako ng pagkakataon masuot ang costume ni Darna. Kahit spoof lang." Star Cinema has yet to make an official announcement on who will play the role of the iconic superhero.

4. Pia Wurtzbach is chosen as special correspondent at Super Bowl 50

Another first for reigning Miss Universe Pia Wurtzbach: She’s been chosen to be a special correspondent of Inside Edition for Super Bowl 50 on February 7—one of the biggest sporting events in the U.S. this year. Wurtzbach expressed her excitement via Miss Universe’s Twitter page. She will be covering the game with exclusive interviews and behind-the-scenes shots with another Inside Edition correspondent, Megan Alexander.

5. This guy put up an Airbnb ad for an "igloo" in Brooklyn

In case you haven't already heard, the East Coast of the U.S. is currently in the middle of a record-breaking snow blizzard. Patrick M. Horton, who hails from Brooklyn, New York, constructed a fancy "Boutique Winter Igloo for 2" that he put up for rent on Airbnb for U.S. $200 a night. Despite at least three people contacting him about the property, Airbnb removed it from listing as it "didn't meet occupancy standards."

6. Japan's Emperor and Empress arrive in the Philippines for historic visit

Japanese Emperor Akihito and Empress Michiko arrived in the Philippines today, January 26, for their historic visit—it’s the first visit to Southeast Asia by reigning Japanese royals. They will be in the country until January 30. Their visit, however, is more of a symbolic one rather than political, as the two countries celebrate 60 years since the re-establishment of diplomatic relations. It also reflects that the Philippines is moving forward from anti-Japanese sentiments left by the impact of World War II.

The United Transport Koalisyon on January 25 called for a reduction in the base price of accredited Transport Network Vehicles, like Uber and Grabcar, by at least 50%. United Transport Koalisyon (1-UTAK) chairman Vigor D. Mendoza II cited the recent drop in the price of fuel means the cost of operations for Transport Network Vehicles (TNVs) is also lower. 1-UTAK also filed a petition before the Land Transportation Franchising and Regulatory Board to remove Uber's surge pricing mechanism. Mendoza said the fact that Uber is given the sole discretion to determine surge pricing means the TNV is violating the law.

After P-Noy rejected the P2,000 pension hike, a proposal to increase government officials’ travel allowance from P800 to P2,000 was filed at the House of Representatives. ABS Party List Rep. Catalina Leonen-Pizarro, author of the proposal (House Resolution 2261), said it is the responsibility of the government to provide travel allowance to its officials and employees in fulfillment of their duties and responsibilities. She said the present travel allowance does not reflect the current economy.

9. 10 Struggles Only Sneakerheads Would Know

If you’re a sneakerhead, you’re probably used to long lines and battling with yourself (and your wallet). We list the things only those who live and breathe for sneaks would know to be true.

From exquisite cheesecakes to picture-perfect crepe cakes (and everything sweet in between), we found 10 places in Manila that prove why you should always, always save room for dessert.