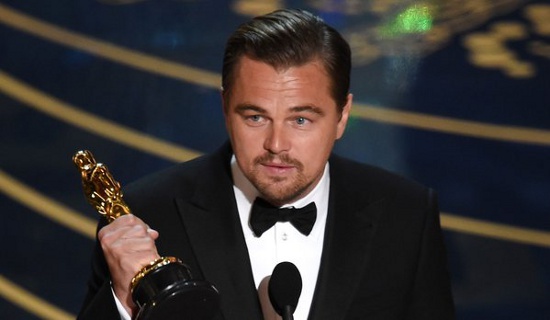 Spotlight, The Revenant win big at 2016 Oscars + more things you might have missed today

Although Madonna fans rejoiced when the pop diva draped herself in the Philippine flag during her two-day concert in Manila, local authorities were less than pleased at her gesture. Presidential spokesperson Herminio Coloma said that the Palace was "keen on banning her" from the country for "disrespecting" the Philippine flag. A 1998 law prescribes a one-year jail term, as well as a token fine for wearing the Philippine flag "in whole or in part as a costume or uniform."

3. Jennylyn Mercado admits she and Dennis Trillo are "exclusively dating"

After months of speculation, actress Jennylyn Mercado finally admitted that she and her ex, Dennis Trillo have rekindled their romance. In an interview in YES! Magazine's March 2016 issue, she said they were "exclusively dating" but initially kept it under wraps, explaining, "Ayaw na lang namin siyang masyadong i-broadcast, kasi mas maganda 'yong tahimik." The couple first started dating in 2010, but had a controversial breakup almost a year later.

This year's Oscars host, comedian Chris Rock wasted no time skewering Hollywood's racial diversity problem with a scathing opening monologue. At one point, he described Hollywood's racism as "sorority racist, like 'We like you, Ronda, but you're not a Kappa'" and called the event the "White People's Choice Awards." He also mocked Will Smith and Jada Pinkett-Smith, who both famously boycotted the awards show for the lack of black actor nominees: "Jada boycotting the Oscars is like me boycotting Rihanna’s panties...I wasn’t invited!" He also made a reference to his hosting stint, saying, "If they nominated hosts I wouldn’t even get this job so you’d be watching Neil Patrick Harris right now."

A septic truck with porta-potties on board was traveling along a U.S. highway when it veered off its course because of a wayward barrel that had fallen off another truck. The septic truck swerved to avoid the barrel, rolled over, and spilled the disgusting contents of the portable toilets it was carrying into the air. Sgt. Aaron Buckmister of the Arizona Department of Public Safety said that this was the first time he had to deal with such an incident. The occurrence will be passed on to the local fire department, which will be in charge of deciding whether further sanitation is needed.

6. Python removal challenge gathers over a thousand people in Florida

Pythons are infesting the Everglades and the Florida Fish and Wildlife Conservation Commission says that hunts such as the “Python Challenge” help raise awareness for the predicament. The month-long hunt attracted people from 29 states, all intent to make a dent in the reptile’s population. “Whether they’re fishermen or they’re hunters or they’re birdwatchers—they’re all looking for the python,” relayed wildlife commissioner Ron Bergeron. Cash prizes were awarded to the winners in team and individual categories.

7. Exhibit on Marcos’ plundered goods opens at UP Diliman

An exhibit called "Nakaw na Yaman, Ibalik sa Bayan!" puts the spotlight on the Presidential Commission on Good Governance and their efforts in tracking down the Marcoses’ plundered wealth. The ill-gotten fortune includes the Marcos Jewelry Collection that the Presidential Commission on Good Governance (PCGG) conservatively estimates to be at least P1 billion, as well as missing art pieces, some of which they have recovered in Manila and even in France. The exhibit opens at 8:30 a.m. at the Palma Hall Lobby in UP Diliman.

9. 10 Most Memorable Red Carpet Moments From the Oscars

You can always expect something interesting to go down at any red carpet, whether it's an awkward interview or a fashion faux pas. We round up 10 of the most memorable moments from the Oscars red carpet.

10. 10 Japanese Beauty Brands You Can Shop in Manila