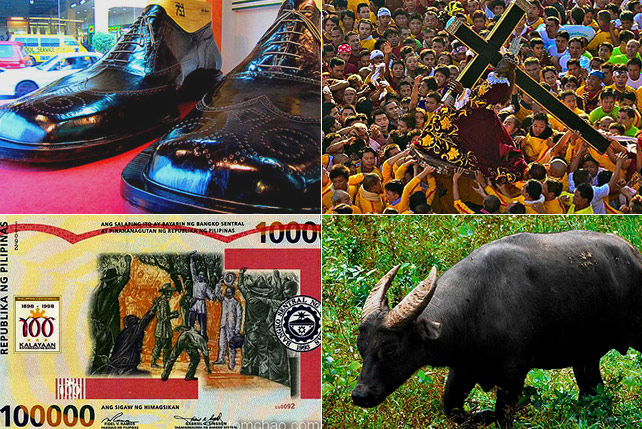 10 Things You'll Only See in the Philippines 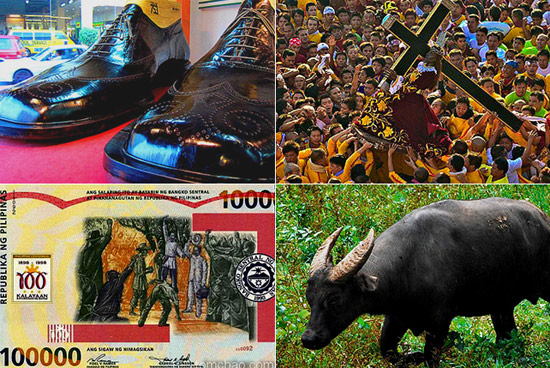 Some say Filipinos are the greatest imitators, but we beg to differ.

Although one can clearly see the Western and even Korean influences in our society today, we still have several things that are uniquely Filipino.

Here are 10 things that you can only see and find in the Philippines. 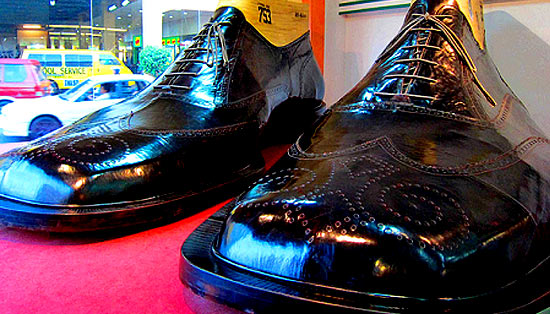 The world’s largest pair of shoes

This humongous pair of shoes is the world’s largest, according to the Guinness Book of World Records which recognized it in 2002. It can fit in 30 people simultaneously and were painstakingly made by 10 people within 77 days.

Each shoe measures 5.29 meters long, 2.37 meters wide, and 1.83 meters high. The total cost of the shoes was reportedly P2 million, big enough to buy someone several pairs of regular-sized shoes. 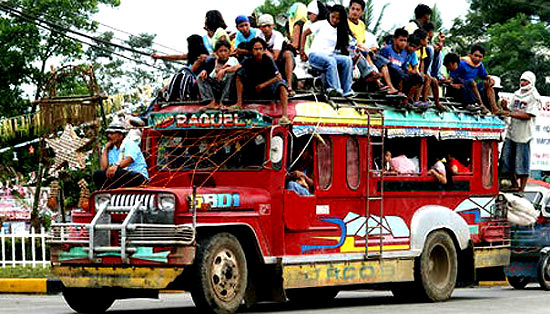 Jeepneys are one of the most popular means of transportation in the Philippines. The fare is relatively cheap, but that’s because jeepneys don’t have air conditioners and are always packed with too many passengers.

Interesting fact: There are several theories on how “jeep” got its name but the general consensus is that it originated from “GP” which means either “General Purpose” or “Government Purpose,” describing the military jeep used in World War II.

There are also claims that the vehicle was named after Eugene the Jeep, a popular character in the Popeye cartoons. For most historians however, “jeep” was first popularized in the media by Irving “Red” Hausmann, a test driver who coined the term after he overheard some soldiers referring to the vehicle as a “jeep.” 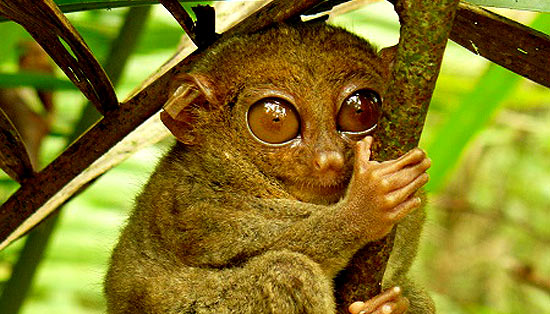 One of the world’s smallest primates, the Philippine tarsier (Tarsius syrichta) is a nocturnal animal commonly found in the islands of Samar, Leyte, Bohol, and Mindanao.

Interesting fact: Although some people consider the Philippine tarsier as “the world’s smallest monkey,” this is actually not the case.

Monkeys belong to the suborder of anthropoids. Tarsiers, on the other hand, are often classified as prosimians because they’re closely related to lemurs and lorises. 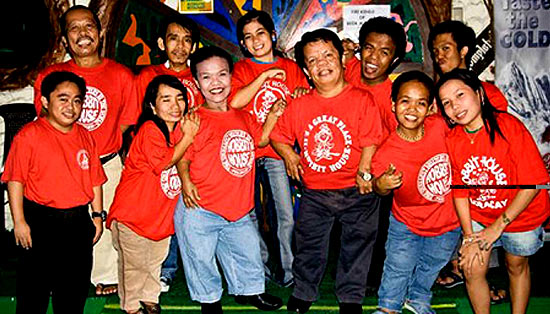 Established in 1973 by a former college professor and Peace Corps volunteer named Jim Turner, the Hobbit House is the only restaurant in the world entirely staffed by midgets. It once topped CNNGo's list of “world’s weirdest themed restaurants.”

Located at M. H. del Pilar Street in Ermita and now with a new branch in Boracay, the Hobbit House was inspired by Tolkien’s Lord of the Rings books. The place features candlelit interiors and paintings depicting some scenes from the epic trilogy.The restaurant was also recognized in the past by iExplore.com and Lonely Planet for having the “smallest waiters in the world.” 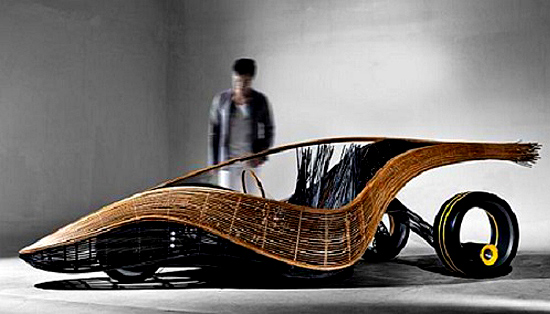 Made from natural fibers and materials, this Phoenix Roadster is Kenneth Cobonpue’s answer to the world’s growing demand for biodegradable cars.

The Phoenix can last up to five to 10 years, but unlike standard cars, this eco-friendly alternative can be recycled without wasting too much energy and money. Created by Cobonpue in collaboration with Albrecht Birkner, the Phoenix Roadster was built in only 10 days using nylon, bamboo, rattan, and steel. It was debuted in Milan in 2011.

No engine has been installed yet, but the makers are considering the addition of an electric motor to power the roadster. 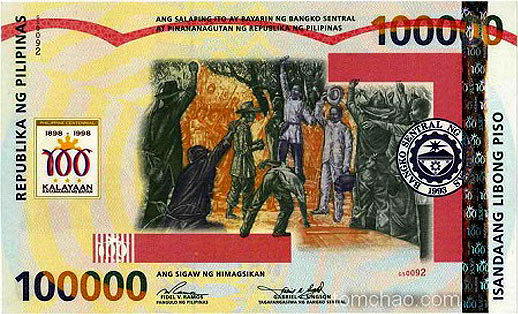 The note—which is almost as the same size as a sheet of legal paper—was initially offered to collectors who were willing to buy it at a pre-issue price of P180,000 . Only 1,000 pieces of this limited-edition note were issued. 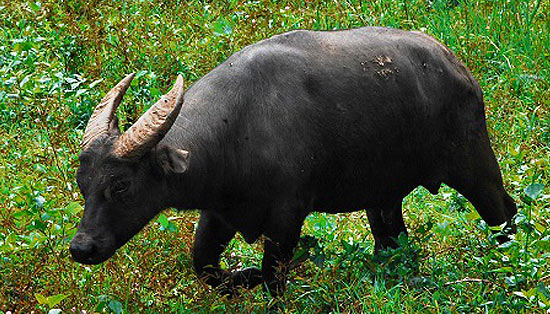 Declared critically endangered since 2000, the tamaraw or Mindoro dwarf buffalo (Bubalus mindorensis) is the only bovine endemic to the Philippines, specifically to the island of Mindoro.

Interesting fact: The tamaraw is not a subspecies of the more popular carabao. Unlike the latter, tamaraw has distinct markings on its face and shorter, V-shaped horns. 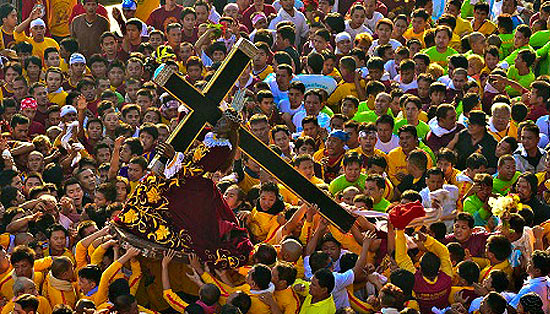 The “Poong Nazareno” is an iconic life-sized statue of Jesus Christ carrying the cross to the Calvary. It is said that the statue was originally fair-skinned, but turned black after it was engulfed by fire inside a ship during the Manila galleon expedition from Mexico.

Also known as the Black Nazarene, the statue—which many devotees claim to be miraculous—is currently enshrined at the Quiapo Church. 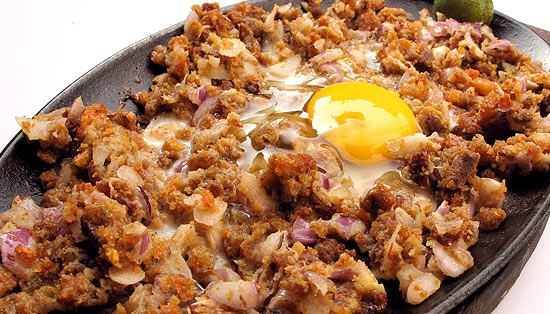 Sisig is a popular Filipino dish usually prepared by chopping boiled pig’s ear and liver, then serving it with chili peppers and sour liquid—usually calamansi or vinegar. The term sisig is actually a Kapampangan word which means to “snack on something sour.”

Interesting fact: Sisig is known to have been invented in the 1970s by Lucita Cunanan, popularly known as the “Sisig Queen.” Her signature pork dish brought fame not only to her restaurant, “Aling Lucing’s,” but also to the entire city of Angeles in Pampanga. Sadly, Cunanan was hammered to death in her home in 2008. 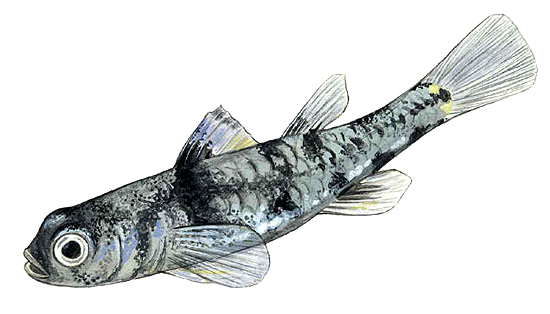 The sinarapan (Mistichthys luzonensis) was recognized by the Guinness Book of World Records as the smallest commercially-harvested fish. It is only found in the Philippines, endemic to Lake Buhi in Bicol River. A type of goby, the sinarapan is characterized by a transparent body which measures 12.5 millimeters. It is currently facing possible extinction due to overexploitation of its habitat.

Interesting fact: The sinarapan may be the “smallest food fish,” but it’s not the “smallest fish” ever known. That recognition is given to the dwarf pygmy goby (Pandaka pygmaea), locally known as tabios, which is commonly found in the Philippines and Indonesia.

Read the full article, "27 Things You’ll Only See in the Philippines" on Filipiknow.net. Minor edits were made by the SPOT.ph editors.

Photos by Mawi Dagdag for SPOT.ph (sisig) and Bicol Today