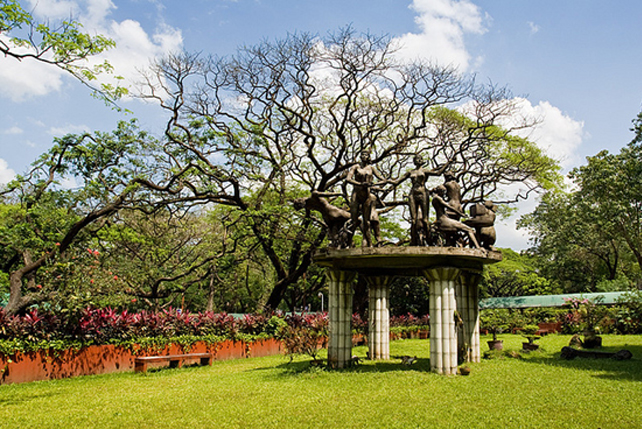 Professors, students mourn loss of UP Faculty Center to fire

Memories and valuable works went up in flames. 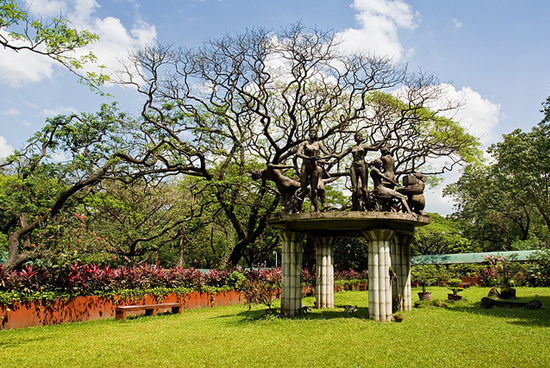 (SPOT.ph) The Faculty Center of the University of the Philippines Diliman suffered massive damage as a fire broke out in the building at around 1:20 a.m. on Friday, April 1, CNN Philippines reports.

The fire started on the third floor of the Faculty Center and was raised to Task Force Alpha at 2:20 a.m., with an estimated 20 fire trucks arriving at the scene by 2:46 a.m. to help put out the fire. The blaze was said to have been under control around 4:40 a.m., but as of 10 a.m., the Philippine Collegian reported that smoke was still coming out of the Art Studies Department.

Authorities are considering faulty electrical wiring to be the cause of the fire. Bureau of Fire Protection-National Capital Region assistant regional director Supt. Crisfo Diaz said that a witness had first noticed electrical wiring problems in the building less than a year ago.

The estimated structural cost is around P3 million.

In 2015, two fires hit the campus, one of them gutting the beloved food court CASAA and the other the Alumni Center.

UP Chancellor Dr. Michael Tan has released an official statement on UP Diliman's Facebook page regarding the incident.

The Faculty Center housed the College of Social Sciences and Philosophy and the College of Arts and Letters. Along with the historical building, academic papers, books, paintings, and valued mementos have gone up in the fire, prompting an outpouring of loss and heartbreak among professors and students alike. 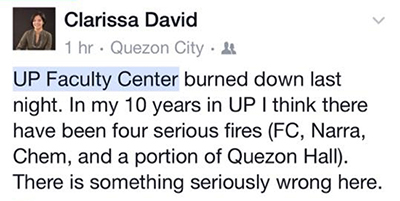 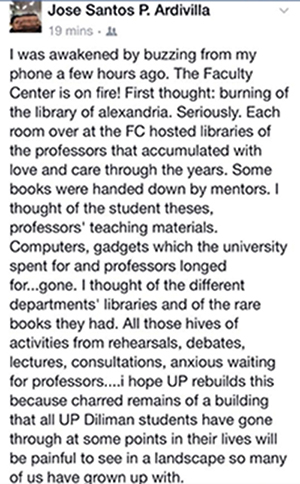 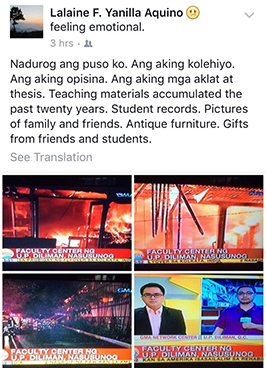 In a report on March 22, the 2016 edition of QS World University Rankings by Subject featured UP ranking first in the Philippines for English Language and Literature, Modern Languages, Agriculture and Forestry, and Medicine.