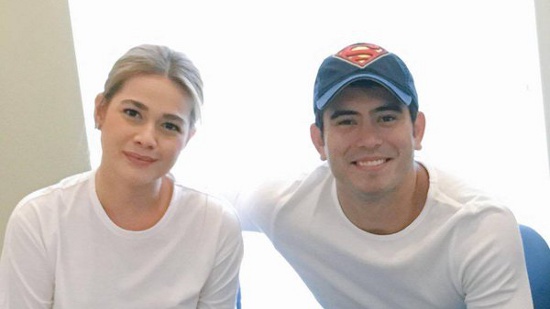 May 9 is a special non-working holiday, a Tim Burton-themed restaurant, and more.

1. Bea Alonzo and Gerald Anderson to star in new movie

For the first time ever, Bea Alonzo and Gerald Anderson are slated to star in a project together. Details of the film have yet to be announced, but we do know that it will be directed by Dan Villegas (Walang Forever and English Only, Please) and released under Star Cinema. Fun fact: Alonzo and Anderson were romantically linked six years ago.

Just days after Nadine Lustre's interview with Boy Abunda, it was James Reid's turn in the hot seat for the show's popular segment, "Fast Talk." Reid was grilled about everything, from choosing between Lustre and a Hollywood career (he chose the former) to the bravest thing he had ever done (declaring his feelings for his girlfriend in front of a live audience). When asked to choose between Lustre and his long-time showbiz crush, Heart Evangelista, he also chose the former.

5. Apple sales drop for the first time in 13 years

Apple's profits reportedly fell for the first time in 13 years, and the numbers will surprise you. The tech giant said that it only earned U.S. $50.6 billion in sales, compared to the U.S. $58 billion it previously made around the same time last year. Its numbers even fell short of analysts' already lowered expectations of U.S. $52.02 billion.

President Benigno Aquino III has declared May 9, Election Day, a special non-working holiday. The proclamation states: "May 9 2016 should be declared a special public (non-working) holiday to enable the people to properly exercise their right of suffrage." On that day, an estimated 54,363,844 Filipinos are expected to vote in the local and national elections.

7. Think tank says the economy is likely to grow regardless of who the next president is

According to New York-based think tank Global Source, the Philippines may still maintain a growth rate of at least 6% through 2017, regardless of whoever wins the presidential race in May. Security Bank chairman and veteran banker Alberto Villarosa also said that after the May 9 polls, "Business will continue to be bullish regardless of which presidential candidate wins."

Sen. Antonio Trillanes IV says Davao City Mayor and presidential candidate Rodrigo Duterte had at least P211 million in an account at a Metro Manila bank branch in 2014. The tough-talking mayor declared a net worth of P21,971,732.62 in his 2014 SALN. Duterte denied the existence of the bank account that contains the amount Trillanes alleges, and also accused the senator as "money for hire."

9. 10 Cool Dishes and Desserts That You Should Totally Snapchat

If you love food and are addicted to Snapchat, we found 10 interactive dishes that will bring two of your favorite things together. Trust us, you'll want all your Snapchat friends to see your meal before you dig in.

It's almost May, which means you still have plenty of time to cool off by the pool. Show your love for food with these 10 giant floaties that will make chilling by the pool even more fun.