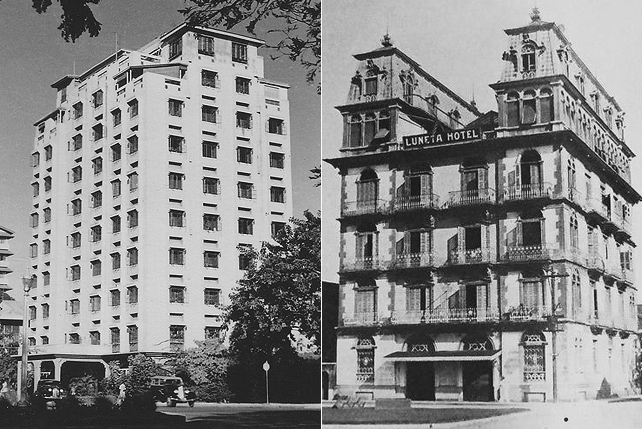 PHOTOS: 10 Historic Hotels in Manila, Then and Now

The ones that have stood the test of time 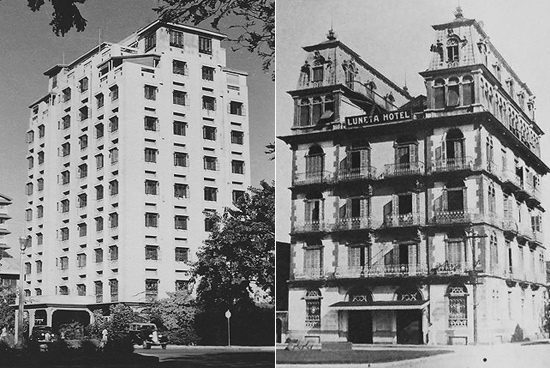 (SPOT.ph) Thanks to a successful wave of tourism campaigns, more and more new hotels are opening around the Metro. While you might consider them for the occasional staycation or even recommend them to tourist friends, some have been around for so long that they reflect moments in history that are worth looking back on time and again.

Check out the photos of these hotels in Manila, then and now. 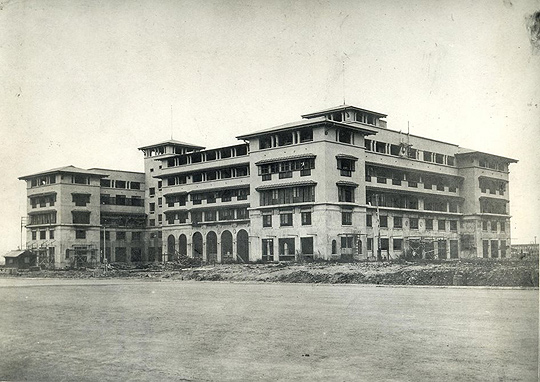 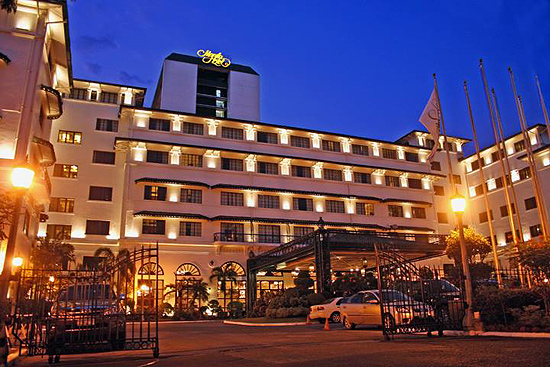 Manila Hotel opened on July 4, 1912. It was damaged during the Battle of Manila in World War II, but was fully restored and later expanded in the 1970s. This was also the hotel where Douglas MacArthur stayed when he was the military advisor of the Philippine Commonwealth from 1935 to 1941. One of the suites is named after him. 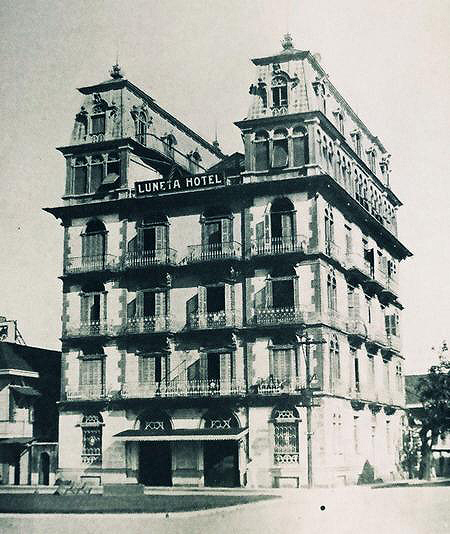 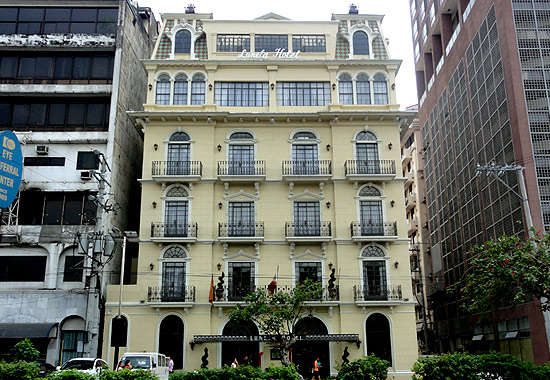 The Luneta Hotel opened in 1919 along Kalaw Avenue, near Rizal Park. Its French Renaissance architecture was designed by the Spanish architect-engineer Salvador Farre. During the war, it became a brothel for American soldiers who stayed in Manila en route to Corregidor. It was one of the few structures that survived the Battle of Manila. It closed in 1987, but was revived in 2014. 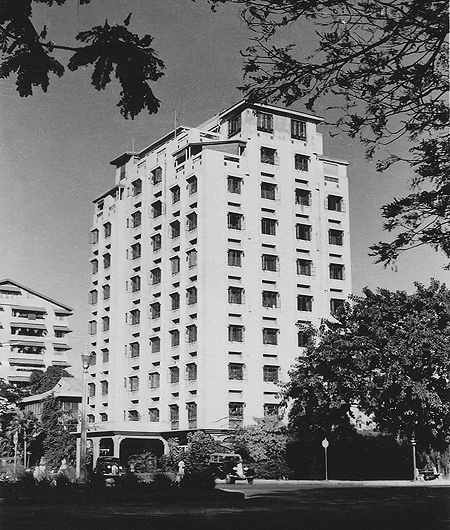 In the early 20th Century, Americans and Europeans flocked to the flourishing city of Manila for the opportunities it offered. At the time, a lot of hotels were built to accommodate their needs. One of them was Hotel Bayview, built on Calle Alhambra. It would later be torn down with the widening of Dewey Boulevard a.k.a. Roxas Boulevard, then rebuilt in the 1930s. 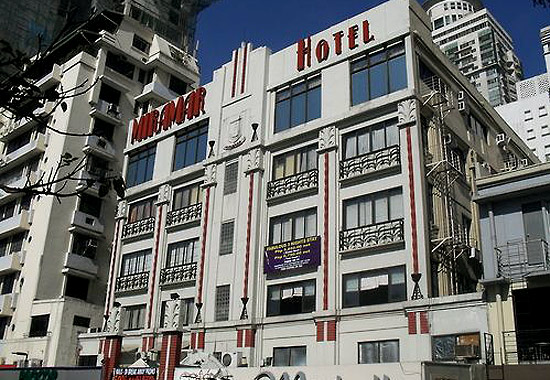 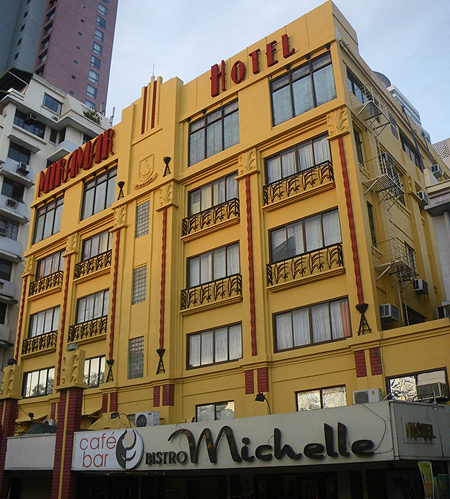 Miramar Hotel was built in the 1930s along Roxas Boulevard. It was created in the Art Deco style and was refurbished in 2009. Its five-storey edifice is considered by many as an architectural gem—a poignant reminder of the glitz and glam of Old Manila. 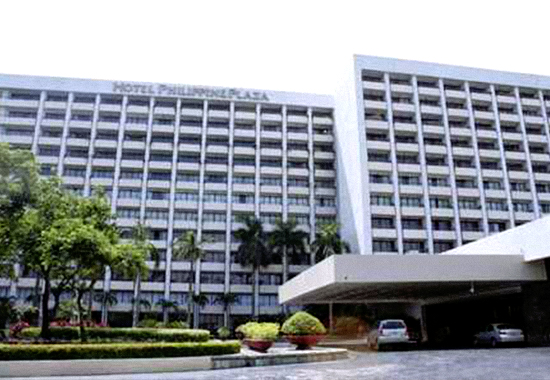 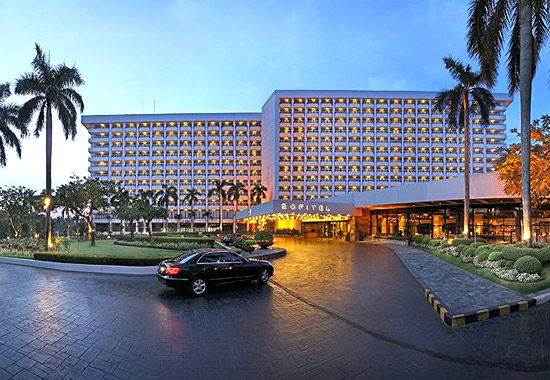 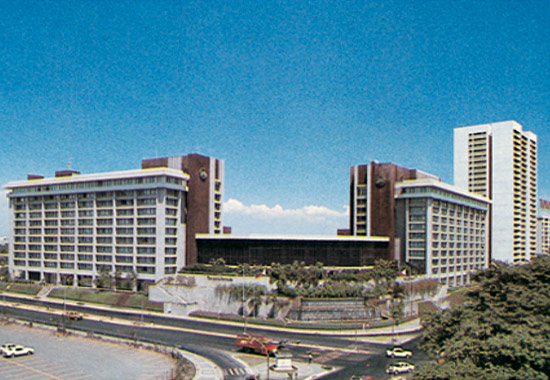 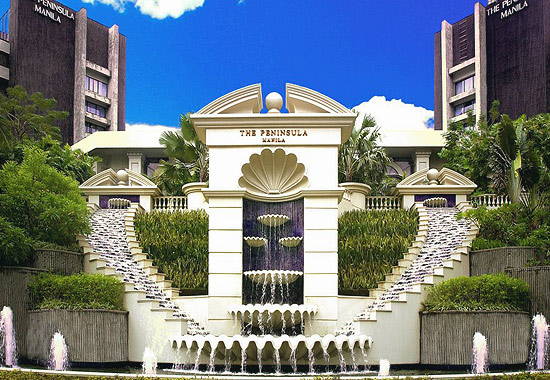 A five-star hotel in the heart of the Makati Business District, The Peninsula Manila was built in 1976 to coincide with the hosting of the International Monetary Fund conference in Manila. The posh hotel was known to be the "Jewel in the Capital's Crown.” It also made headlines as the scene of the Manila Peninsula siege headed by Sen. Antonio Trillanes, General Danilo Lim, and other Magdalo officials. 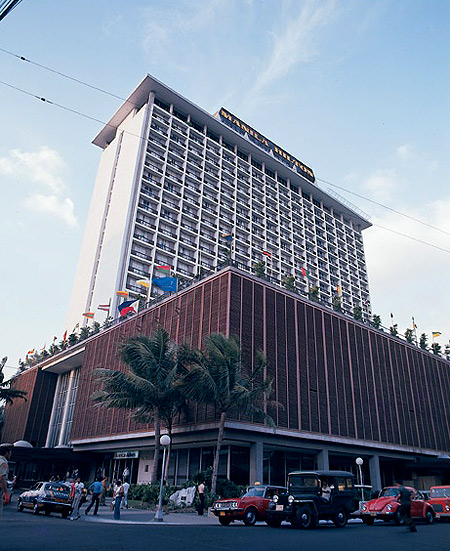 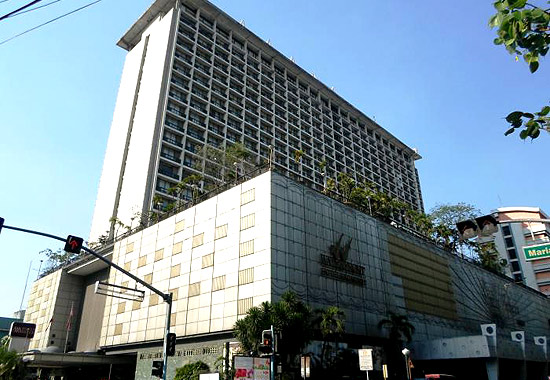 The Waterfront Manila Pavilion Hotel and Casino in Ermita was built in 1968. It was originally called the Manila Hilton until 1988. It now functions both as a hotel and casino and is frequented by foreigners and locals alike. 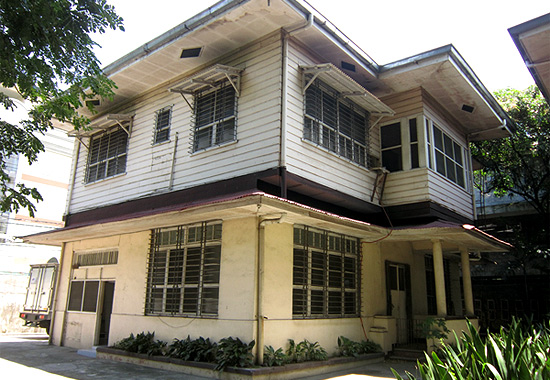 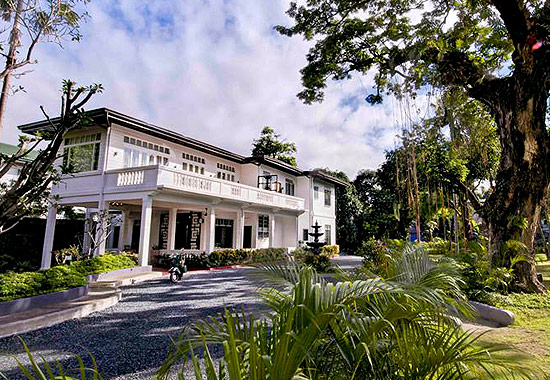 What used to be just a row of old houses from the 1950s remain persevered as The Henry Hotel in Pasay. The houses are surrounded by a breathtaking garden designed by National Artist for Landscape Architecture Ildefonso Santos. The present compound also includes the Avellana Art Gallery, A11, and designer Jojie Lloren’s atelier. 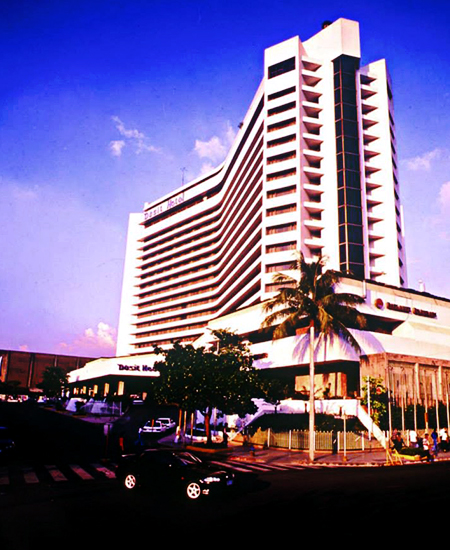 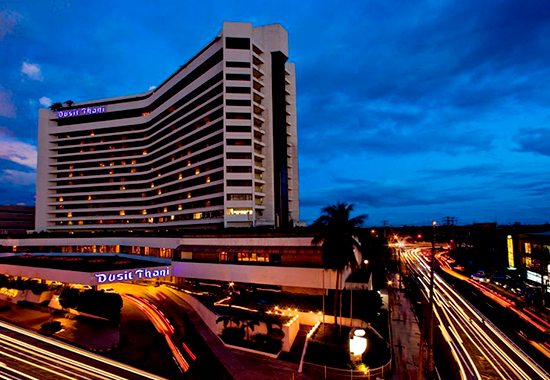 Built in 1976, it used to be called the Manila Garden Hotel before it was called Hotel Nikko Manila. In 1995, Dusit International acquired the hotel and it was renamed the Dusit Hotel Nikko, Manila. Now, it is simply known as Dusit Thani Manila. 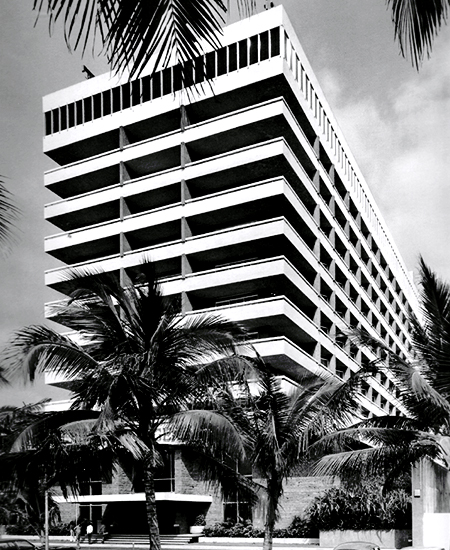 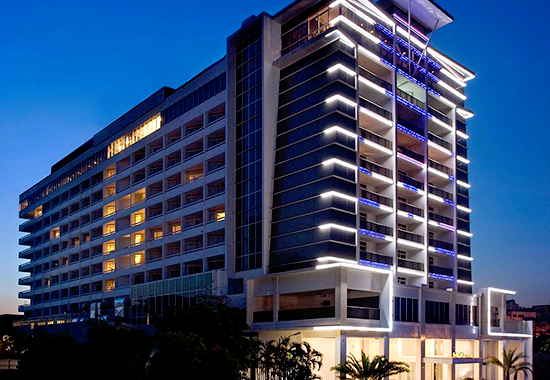 It was originally known as The Sheraton, then Savoy Philippines, and later on the Hyatt Regency Manila. Now it is called the Midas Hotel and Casino. The 227-room hotel in Pasay was designed by National Artist Architect Leandro Locsin. Construction started in 1965 and was completed on January 5, 1968.

Hotels In Manila Nostalgia Photos
Your Guide to Thriving in This Strange New World
Staying
In? What to watch, what to eat, and where to shop from home
OR
Heading
Out? What you need to know to stay safe when heading out