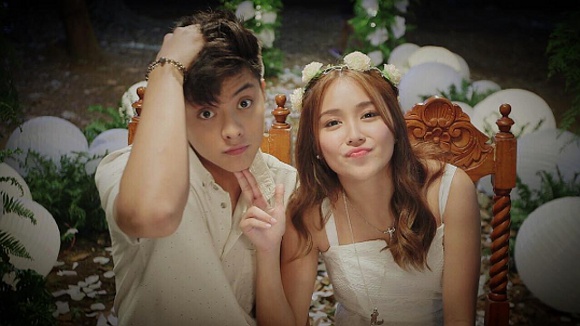 In an interview on Monday's Tonight With Boy Abunda episode, Luis Manzano clarified that Jessy Mendiola had nothing to do with his recent breakup with Angel Locsin. "Willing akong ipusta ang lahat ng pinaghirapan ko sa buhay na she had nothing to do with the breakup," he said. When asked about his rumored relationship with Mendiola, he simply called it a "journey." In an earlier interview with the press, Manzano admitted that he and Mendiola go on dates.

There's no stopping Taylor Swift. Forbes magazine has ranked the singer as the highest-earning celebrity of 2016 with a whopping U.S. $170 million. A majority of her earnings were from her 1989 World Tour, alongside endorsement deals with brands like Diet Coke, Apple, and Keds. Forbes has yet to release their full list of 100 top-earning celebrities for 2016. 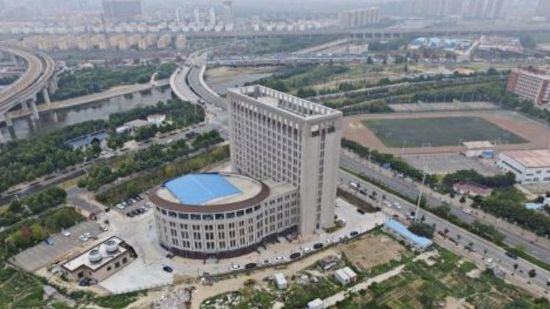 Photo from news.cn via Mashable

5. China erects university building that looks like a toilet

The North China University of Water Conservancy and Electric Power in Heinan, China has a new building and it looks like a toilet. It could be intentional. After all, it's about "water conservancy" and the two are somehow connected. China's People's Daily Headquarters building also made headlines for looking like a giant phallus before it was redesigned while the plan for their new airport looked like a giant vulva.

6. UN rules in favor of the Philippines

The United Nations Arbitral Tribunal released at 5 p.m. today, July 12, the decision to a decades-long territorial dispute on the West Philippine Sea between the Philippines and China. Their unanimous statement said: “The Tribunal concluded that there was no legal basis for China to claim historic rights to resources within the sea areas falling within the ‘nine-dash line.'"

Commuters working in Makati and living in Manila (or the other way around) can now travel easily through the restored PVP bus liner. There are trips from SM San Lazaro to Ayala Makati and vice versa from Monday to Friday, 6 a.m. to 9 p.m. These buses pass through Quiapo, Taft-LRT, Vito Cruz, Zobel Roxas, and the Osmeña-Buendia-Ayala area.

Agents from the Anti-Illegal Drugs Group of the Philippine National Police led an operation to intercept a foreign vessel suspected of being used to manufacture and ship shabu on Monday night, July 11. Four Chinese nationals from Hong Kong were found onboard. Philippine National Police Chief Roland “Bato” Dela Rosa told reporters that they will also check if the seized vessel has connections with the previously recovered drugs in Claveria town in Cagayan province.

9. 10 Beauty and Skincare Musts for the Rainy Season

Summer's over and you no longer have to worry about sweating your makeup off. The new enemy? La Niña season, which will not only dampen your mood but wash off your makeup, too. It's time to break out the rain-proof beauty loot!

10. Top 10 Movie Trilogies That Are Worth Binge-Watching

Three is definitely not a crowd when it comes to these trilogies. From superhero flicks to cinematic classics, we round up the best movie trilogies that are worth a binge-watch this weekend.

News Showbiz Features Politics Manila Metro Manila News
Your Guide to Thriving in This Strange New World
Staying
In? What to watch, what to eat, and where to shop from home
OR
Heading
Out? What you need to know to stay safe when heading out