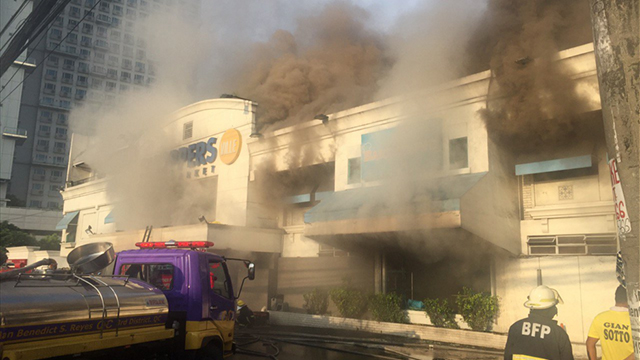 Katipunan residents are feeling nostalgic over the loss of Shoppersville 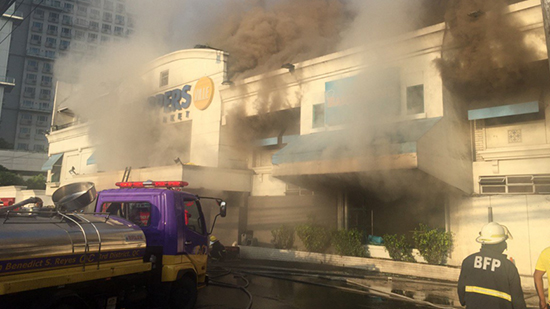 (SPOT.ph) Katipunan Avenue in Quezon City was on a gridlock on Thursday morning, July 14 after a fire hit the decades-old Shoppersville Supermarket along the southbound lane in front of Miriam College. The fire started at around 5 a.m. and reached fifth alarm two hours later.

It was declared under control by 10 a.m. The public has been advised to brace for heavy traffic because of the incident.

Shoppersville, both its supermarket and bakeshop, has been around since the 1970s. Those who grew up in the area call it the supermarket of their childhood. Students who went to nearby schools, such as Ateneo de Manila University, Miriam College, and University of the Philippines consider Shoppersville as their go-to place to satisfy every chocolate cake craving. It was there even before SM and Rustan's opened along Katipunan Avenue.

With about four decade of memories gone, posts about Shoppersville trended on Twitter as people shared childhood flashbacks of the supermarket.

Mom calls to inform me abt the fire razing the Shoppersville building in Katip "Nakakalungkot. Dun tayo naggrocery since u were in grade 3"

When all you can say is goodbye

When losing Shoppersville gives you so much pain

Part of your uhugin self way back when

All those sleepless nights and chocolate cakes

I remember Shoppersville in the mid 70s as a brick building before its expansion in the latter years https://t.co/KGpA3foMeq

It's hard to see it razed to the ground.

Some of the people who worked at Shoppersville have been there for like 10+ years. It's going to be real hard for them to get new work