CHR, Senate, Congress, and VP call for probe on killings in war on drugs 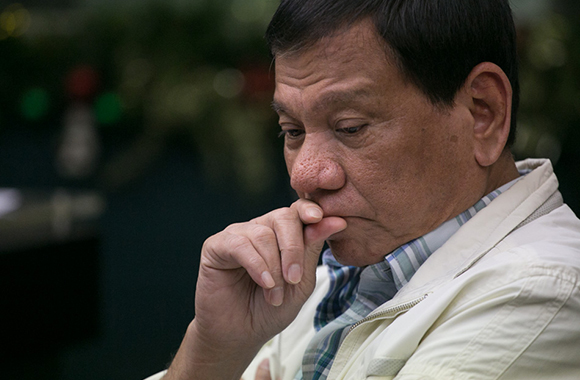 (SPOT.ph) When President Rodrigo Duterte said that he aims to "get rid of corruption, drugs, and criminality" in "about three to six months," we bet no one expected that it would result in 136 suspected drug dealers and users killed in just 11 days. Inquirer.net reported that 85 of those victims were killed in police operations while 51 were killed by "unidentified hitmen."

Victims include one who was killed by a hitman on a motorcycle who left a note saying "Tulak pa more," an unidentifed 20- to 25-year-old found dead inside a cardboard box that bore the words "Wag ako tularan, mandurukot ako sa EDSA," and an unarmed man executed in his own bedroom.

With this rising number of summary killings, Commission on Human Rights commissioner Gwen Gana announced through Unang Balita on Thursday, July 14, that they have now formed a task force to investigate the extrajudicial killings of suspected criminals. The probe body will be called Task Force EJK (Extrajudicial Killings). Gana added that the Philippine National Police should focus on the alleged vigilante groups said to be behind the killings.

Sen. Leila de Lima filed a resolution on Wednesday afternoon, July 13, urging the Senate to conduct its own investigation. The former chairperson of the Commission on Human Rights (CHR) called for the probe to "strengthen the mechanisms of accountability of law enforcers...We know all too well of the several instances of police rub-outs and the number of shortcuts taken by law enforces in the guise of legitimate self-defense or defense of others. The use of force, it appears in a lot of cases, fails to comply with legal criteria of absolute necessity and proportionality,” she added about filing Senate Resolution No. 9.

In the Lower House, it was Ifugao Rep. Teddy Baguilat who called on Congress to investigate the “spate of extrajudicial killings and/or summary executions of suspected violators of laws on illegal drugs and other suspected criminals” through House Resolution No. 61 filed on July 7. “The seemingly unchecked outbreak of extrajudicial killings executed by civil servants trusted by the people to enforce the law indicates a violation of the Constitution," he said.

Metro Manila News News Duterte Drugs Commission On Human Rights
Your Guide to Thriving in This Strange New World
Staying
In? What to watch, what to eat, and where to shop from home
OR
Heading
Out? What you need to know to stay safe when heading out