One buy-bust operation, two sides to a story 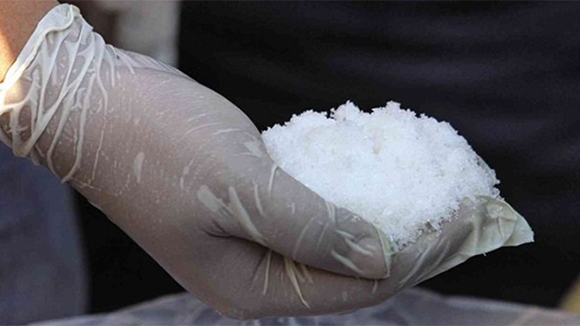 (SPOT.ph) The latest tally of suspected drug dealers or pushers killed between June 30 and July 18 is 265, according to Inquirer's list. Some of them remain unidentified, some were killed by unknown hitmen, and some were said to be armed and killed in a police shootout.

Included in this tally is 20-year-old Jefferson Bunuan, who was killed in what is being claimed to be a buy-bust operation on Dagonoy Street, Sta. Ana, Manila on July 18. Police Supt. Robert Domingo, commander of Manila Police District Station 6, alleges that Bunuan, along with his cousin 18-year-old Mark Anthony Bunuan and friend 20-year-old Jomar “Totong” Manaois, are involved in drug trafficking. The police also assert that a gunfight ensued when Manaois pulled a pistol on the undercover policemen during the operation.

Kaibigan Ermita Outreach Foundation Inc., however, cried foul over the death of Jefferson Bunuan, their scholar and beneficiary for 11 years. "Jeff was the fourth of five children and became an orphan at an early age. Jefferson perfectly understood the situation of their family that’s why he was very keen to finish his studies. As described by her mother, he is a diligent student. In fact, he sometimes goes to school even without an allowance," the Facebook post of Kaibigan Ermita Outreach Foundation Inc. (KEOFI) said on July 19, 7 p.m. He was a first-year college student taking up BS Criminology at the Eulogio "Amang" Rodriguez Institute of Science and Technology and a volunteer of Lambat Sibat, a program of the Philippine National Police which aims to prevent crimes in the country. He was also learning welding in a skills training program.

Lovely, Jefferson's sister, claims that her brother and cousin were just sleeping at Manaois' house at the time to make room for the family because she just gave birth. Their relatives also claim that there were three girls inside Manaois' house prior to the incident.

KEOFI posted: "Another thing is that Supt. Domingo said that there was a gunfight when in fact Totong (being the only one awake that time) surrendered and told the policemen not to implicate his two friends. This is according to Lovely based on the story of three girls who were also inside the house before the incident occurred. Also, according to her, these girls said that the policemen released them out of the house for inside investigation. The three men were left inside the house as the policemen entered and in just few seconds later, they heard Totong surrendering, followed by 7 gunshots."

Metro Manila News Police Drugs
Your Guide to Thriving in This Strange New World
Staying
In? What to watch, what to eat, and where to shop from home
OR
Heading
Out? What you need to know to stay safe when heading out