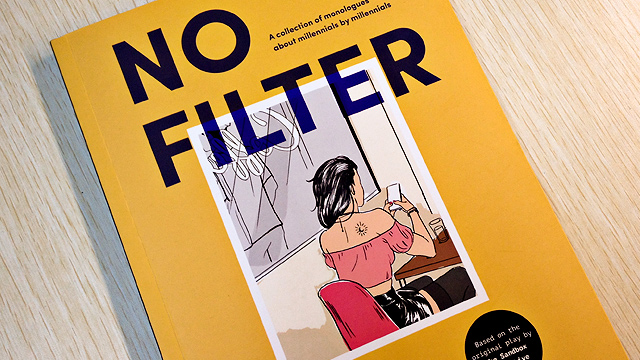 The Sandbox Collective's No Filter is back with a book! 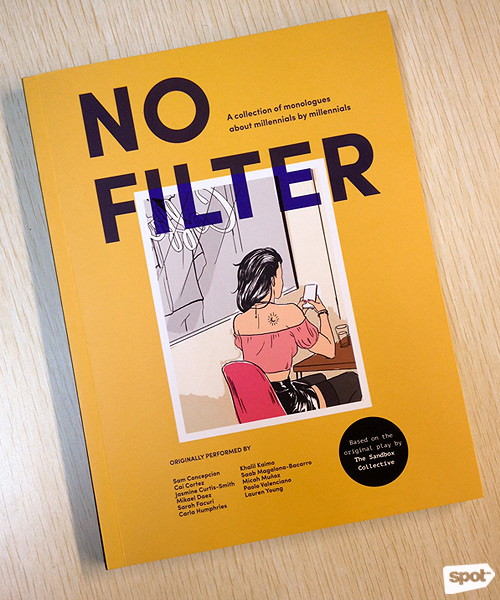 (SPOT.ph) Millennials, a name given to the generation born between 1982 and 2004 (though not strictly), are an interesting bunch. So remarkable that they've been the subject of research, the theme of artistic creations, the focus of debates, and so on. The Sandbox Collective, a local theater company, even produced a play titled No Filter in 2015. It features a series of monologues and multimedia performances on anything and everything about the millennial. 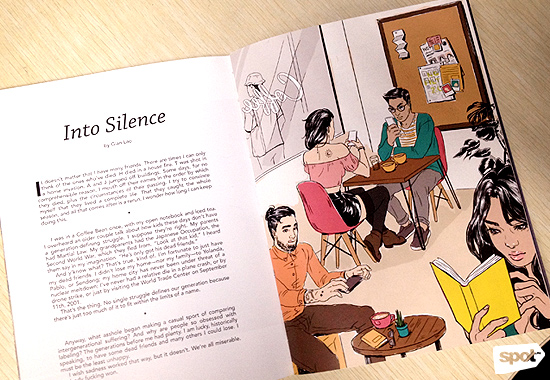 Fast forward to 2016, and No Filter is back with a book inspired by the production. A "love letter to a generation in the making," as said by No Filter director Toff de Venecia, it includes all monologues performed during the theater run plus exclusive pieces. It’s also filled with bright illustrations to complement all the musings. No Filter is a compilation of personal accounts about millenials, for millenials, and by millenials.

We roundup a few lines from No Filter that any millennial can relate to.

“When the thing you love most becomes your work, it becomes the hanging noose that might just kill you.” —The First You by Don Jaucian

“Study hard, but don’t miss out on all the other good stuff. Grades aren’t meaningless. There is just so much of my schooling, my accomplishments, and my capabilities that they can’t measure.” —Lesson Learned by Meryl Ligunas 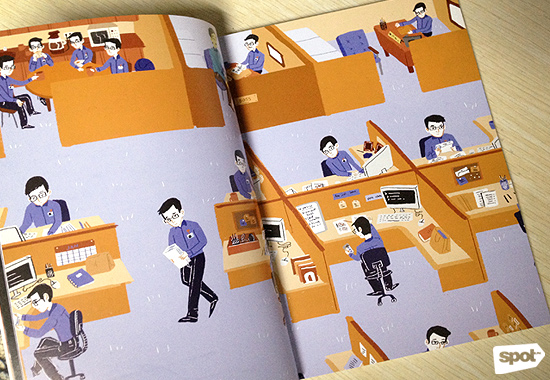 “You know that you’ve officially joined the workforce when receiving office supplies makes you happy.” —That Nine-to-Five Hustle as told to Gaby Gloria

“I am the sum of all my happenings and all my reactions. That’s not rocket science. It’s just…life.” —Rocket Science as told to Jam Pascual

“Keep doing what you’re doing. Live through all the bullsh*t. Because there’s nothing worse than waking up and not knowing how you got there.” —About Last Night by Samantha Lee

“Youth is finding the answers to one’s questions. Coming of age means unanswering all those questions.” —Coming of Age by Jam Pascual 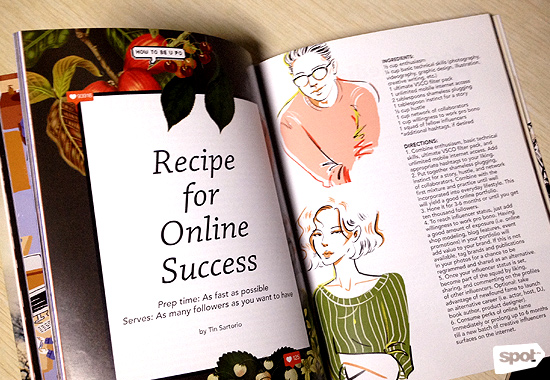 “Every generation tries to rebel against the rules somehow. And mourning just isn’t rebellion.” —Downloading in Progress by Anna Canlas

“Misery, I learned, is creative currency.” —I Sucked When I Was Happy by Margarita Buenaventura

“When emotions run high…words seem silly. We say goodbye, but most of the time we’re really saying something else.” —Breakup Season by Jam Pascual

“Don’t cut off the wings of children. They were meant to fly.” —Best Chance by Jace Espino