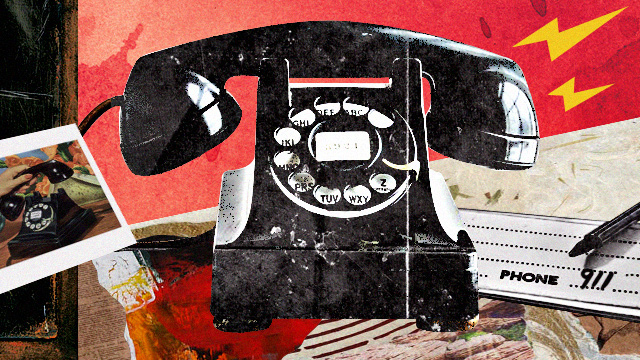 (SPOT.ph) Nowadays, our smartphones seem to be the extension of our hands. We use it for booking a car, tracking traffic, online shopping, research, planning our week, and the list goes on. Want to know what else phones are good for? Calls!

We list down new hotlines and apps that should be saved on your gadget so you know which ones to call for emergencies.

It's not just a hotline in the U.S! One of President Rodrigo Duterte's first projects, this emergency number was derived from the Central 911 of Davao City. The Philippines' original hotline was 117, which, unlike 911, is admittedly less familiar to Filipinos, according to Interior and Local Government Sec. Ismael Sueno. It was launched on August 1.

Also known as the President's Hotline, this number (which was launched in September), allows the public to report complaints directly to Malacañang 24/7. It is handled by the Civil Service Commission, which forwards grievances to concerned agencies for immediate action. Issues may range from SSS pensions and retirement benefits to postal ID problems.

The Department of Labor and Employment started receiving calls at the new hotline on September 5. The new number provides workers and employers with 24/7 service on all labor and employment queries. It is manned by 10 officers per shift.

As a supplement to 2286, mobile application Itaga Mo sa Bato was also launched on September 5. It allows users to send a text message or call the emergency hotline with a single press of a button.

Available through Google Play store and Apple Store, the iSerbis mobile application was launched by the Philippine National Police on September 21 to address Duterte's pronouncement of using information technology to further boost anti-crime efforts. It features infographics on common illegal modus operandi, updates on the anti-drug campaign, drug rehabilitation channels, and steps on how to report a crime. It also lists down emergency hotlines and other related applications.

The Quezon City government announced on October 11 that it would have its own emergency and information hotline to address inquiries from QC residents. All calls are directed to the city's Emergency Operations Center, which coordinates with the Quezon City Police District, Bureau of Fire Protection, the Department of Public Order and Safety, Disaster Risk Reduction and Management Office, Radio Communications Service, and the Public Affairs and Information Services Office.

On October 19, the Philippine Overseas Employment Administration–Bacolod launched a new hotline number to address the concerns of those planning to work abroad. The local overseas employment unit is also launching its anti-illegal recruitment campaign in November to coincide with the opening of their one-stop processing center at Robinsons's Place Bacolod.

Residents in Tacloban City are encouraged to register to the Community Climate Guide and Response system, a free text-based early disaster warning system that sends alerts to users about sudden weather changes. It was launched in August for Smart and Globe subscribers. “It will also alert you if you need to evacuate, you can also inquire about your designated evacuation area,” explained Mayor Cristina Gonzales-Romualdez.