Framers of the 1987 Constitution condemn Libingan ng mga Bayani burial of Marcos
Loading
Already a member? Log in
No account yet? Create Account
Spot.ph is your one-stop urban lifestyle guide to the best of Manila. 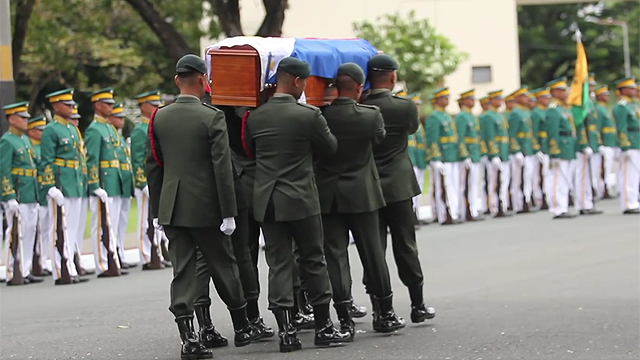 They're inspired by the "antithesis of everything that was Marcos."

(SPOT.ph) When the Philippines was finally freed from "a tyrant whose greed was boundless and whose cruelty was criminal to countless victims" after the People Power Revolution in 1986, a Constitutional Commission drafted a brand new set of policies for the country. So it was a like a slap on the face to the framers of the 1987 Constitution when late dictator Ferdinand Marcos Sr. was put to rest—in secret—at the Libingan ng mga Bayani on November 18. 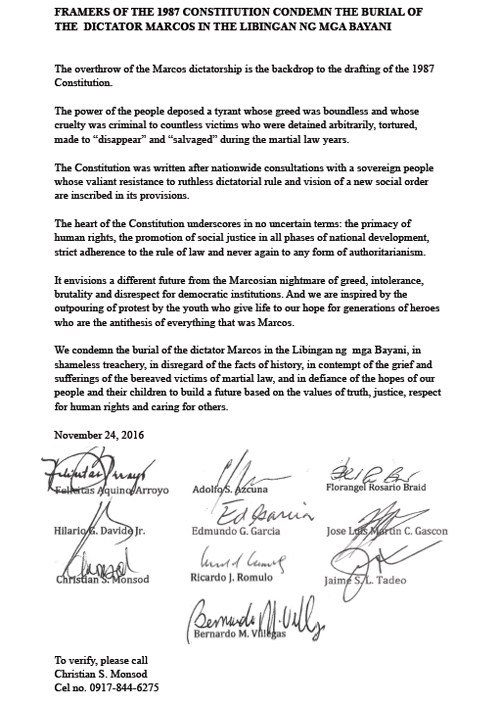 "The heart of the Constitution underscores in no uncertain terms: the primacy of human rights, the promotion of social justice in all phases of national development, strict adherence to the rule of law and never again to any form of authoritarianism...It envisions a different future from the Marcosian nightmare of greed, intolerance, brutality and disrespect for democratic institutions. And we are inspired by the outpouring of protest by the youth who give life to our hope for generations of heroes who are the antithesis of everything that was Marcos." they explained.

The Constitutional Commission of the 1987 Constitution was led by former Supreme Court Associate Justice Cecilia Muñoz-Palma who died in 2006. The final draft was completed on October 12, 1986 and ratified on February 2, 1987.

Constitution Marcos Metro Manila News
Your Guide to Thriving in This Strange New World
Staying
In? What to watch, what to eat, and where to shop from home
OR
Heading
Out? What you need to know to stay safe when heading out