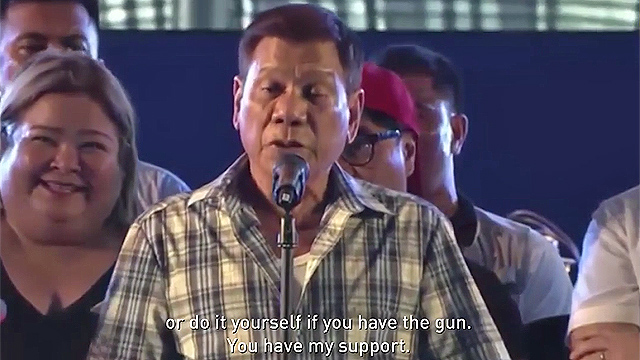 It's the Season 10 premiere!

(SPOT.ph) Explorer, a television series by National Geographic Channel, started its new season on March 6. It's known to deliver investigative stories, in-depth interviews, and controversial news items from around the world, such as conservation struggles in Africa, the ancient tradition of cannibalism in Europe, and Tokyo's infamous organized crime syndicate known as the yakuza. The first episode of its tenth season puts the spotlight on President Rodrigo Duterte's war against drugs.

Hosted by journalist Ryan Duffy, it compiles footages of policemen on a hunt, videos of Duterte's statements against drug addicts, and photographs capturing these moments of death and killing in black and white. It also explains how Operation Tokhang, from the Visayan words toktok (knock) and hangyo (plead), is carried out.

"If you don’t surrender they will kill you. But then again, even if you surrender they will also kill you,” narrates a father who lost his son to this war. Interestingly, the young man surrendered but was still killed by the police. "It's widely rumored that these killers could also be the police themselves, acting as a secret death squad, something that Duterte denies," Duffy reports. 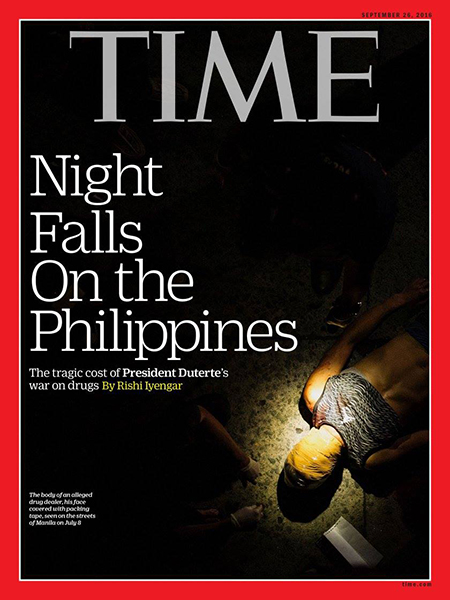 This isn't the first time that this campaign of the government made it to an international media outlet. In September 2016, TIME Magazine's Asian edition ran a cover photograph of a dead body of an alleged drug dealer whose face was covered with packing tape. The latest body count has reached over 7,000.

Duterte Drugs Time Magazine National Geographic Metro Manila News
Your Guide to Thriving in This Strange New World
Staying
In? What to watch, what to eat, and where to shop from home
OR
Heading
Out? What you need to know to stay safe when heading out