The Philippines in Les Misérables

Do you hear the people sing? 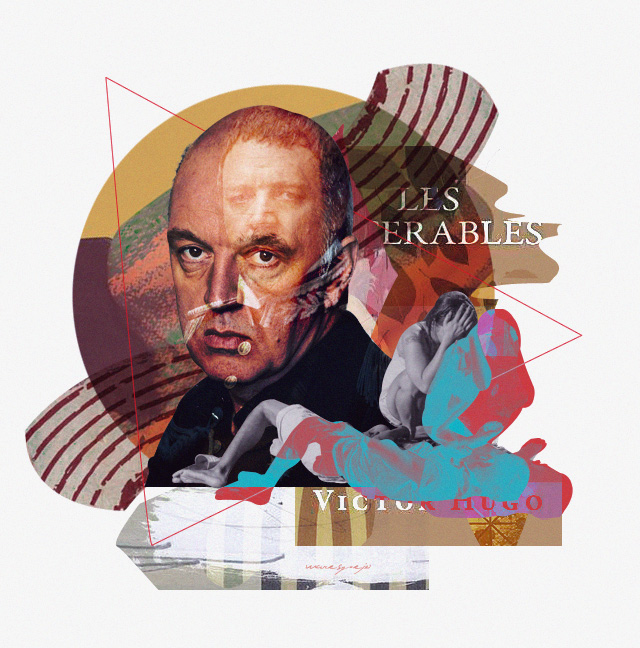 (SPOT.ph) In 1983, the poet and journalist James Fenton was on a journey through some of the most dangerous territory in the heart of Borneo. His reading material was a copy of Victor Hugo’s Les Misérables, which he tore off the pages from when he was done with them. When he returned to London he began work on what was to become one of the most successful and long-running stage musicals ever produced. He was fired halfway through the creative process, but he is credited with “additional lyrics.” The Prologue, which packs a great deal of exposition and character introduction into a scene of dynamic drama, is one of the most masterful pieces of writing for the modern stage.

Incidentally, James Fenton was also in Manila to cover People Power and was among those who stormed Malacañan Palace. He has continued to take an interest in the Philippines, and recently wrote a piece for the New York Review of Books, published in February 2017. He focused on the extrajudicial killings, but seemed less interested in painting a portrait of the president. I wonder if he would have recognized him: Duterte is Javert. Not the complex Javert of the book, but the relentless, absolutist, essentialist policeman of the musical. (Like many people, I prefer the musical to the endless, rambling book—the play is schmaltzy, yes, but it’s great schmaltz.)

People continue to say that what Filipinos need is discipline. Maybe so. But more than that, what we seem to be in dire need of is compassion. The same society that has macho karaoke circles weeping into their beers over sentimental 1980s hits is the same one that celebrates these nighttime assassinations—because “they deserved it.” It’s not that we don’t have the balls to speak up; it’s that we don’t have heart enough to care. While other countries view prison as a kind of purgatorial rehabilitation and offer the reformed convict a path back into society, we see it as a waste of resources: “Men like you will never change!”

Like Javert, the president sees the world in absolute terms; and he does not see himself as evil. On the contrary, he is the scourge of all that is bad: “I am the law, and the law is not mocked.” He wants people to be able to walk home at night without fear: “Monsieur, these streets are not safe. We'll let these vermin beware, we'll see that justice is done...” Thus he is relentless in his pursuit of drug addicts, as well as drug pushers, because he believes that, like zombies, once they have been bitten there is no turning back; something has changed in them at an essential level. They are no longer human, and must be put down. Bad people don’t change: “Once a thief, forever a thief…”; “Men like you can never change.” Crime must be punished, and the criminal justice system is too slow, too corrupt, and too lenient.

But these are the beliefs of one man. Everyone has someone like that in their family: We have the family racist, complaining about the mendacious bumbay, stinky egoy, murderous arabo; we have the aunt who beats and abuses the maids, except that we don’t blab about it in an international magazine; we have the disciplinarian uncle who thinks that Singapore is a paradise built on the shoulders of discipline and hard work, rather than racism and exclusion. It’s not the one man who is Javert, though he might be in a position of power, that we should be afraid of. It is that all of us are complicit.

Victor Hugo himself said that Jean Valjean and Javert are two sides of the same coin. The policeman who pulls the trigger rather than quits the police force (because murder has become “trabaho lang”); those who cheer and say that this is the purging that we need; those who tut-tut but don’t do anything because the PSEI is still okay. Javert is all of us, just as we are all Jean Valjean, victims of our circumstance and place in society, trying mainly just to survive. Victor Hugo wrote: “There is always more misery among the lower classes than there is humanity in the higher.”

Among the more neglected characters in the musical are the Thénardiers, who serve mainly as comic relief. But they are among the more important portraits drawn of opportunists, people who have no moral universe, who don’t care how the world is as long as they can profit from it. And who else can the First Quarter Storm activists be other than Enjolras and Courfeyrac and Grantaire and the rest of the crowd at the ABC Café, with the survivors asking “what their sacrifice was for.” As Martial Law is declared again, with the promise that “I shall be brutal.” Little Gavroche can be no one other than Ninoy himself: He should have known better than to climb the barricade; he knew he would be shot sooner or later.

Many viewers believe, erroneously, that Les Misérables was set during the French Revolution. The scene at the barricades is actually supposed to have happened over four decades later, in a struggle between republicans and monarchists during the reign of Louis Philippe, who was trying to restore the monarchy: a time of great social upheaval; it was also the early years of the industrial revolution in France, and thus an era of great technological change—not unlike our day.

In times like these there will be the ever-present Thénardiers, who will prey on the turmoil to make their fortune; there will always be idealists who will sacrifice their lives. For most of us, we are either Valjean or Javert. The choice between authority, moral order, and the law on one hand, and compassion and belief in redemption on the other, is one that we ourselves have to make. To care, or not to care: This is a choice we make with our eyes open. One of James Fenton’s most famous poems, “A German Requiem,” about the rise of fascism during the 1930s, ends with these lines: