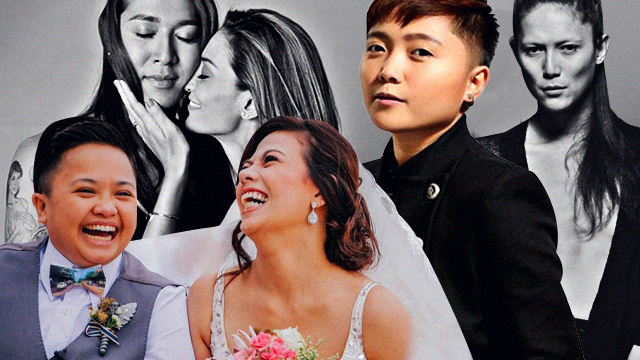 From an important name change to an approved anti-discrimination ordinance 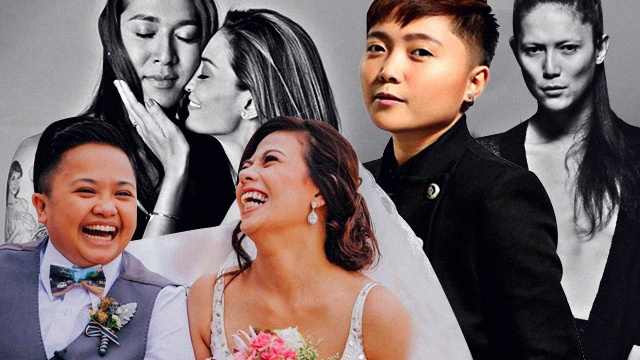 (SPOT.ph) The Philippines isn't exactly the best place to be part of the LGBTQ+ community, given that we're in a dominantly Roman Catholic (and obviously patriarchal) country. We've heard of stories of transgender women being abused and killed, lesbians being harassed on the streets, and even young gay boys being beaten to death by their own parents. Despite these horrific tales, there's always something to be proud of. We have to soldier on and believe that it gets better.

To close Pride Month, here's a list of some of the positive moments in LGBTQ+ history that celebrate love, respect, and pride.

A trans woman wins a congressional seat in the national elections

In 2006, BB Gandanghari came out to housemate Keana Reeves while inside the Pinoy Big Brother house. As a Padilla (known as a family of action stars), it was a truly dramatic moment on national television. She later legally changed her name and gender through a Los Angeles court in 2016. 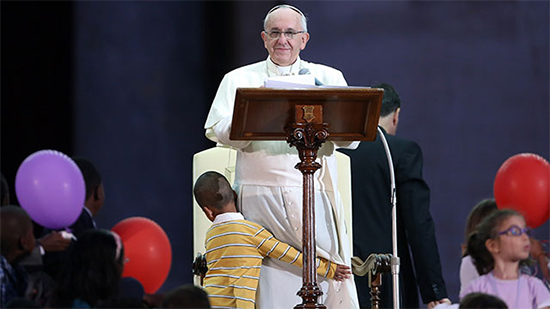 The Church becomes more accepting towards the LGBTQ+ community

In July 2013, Pope Francis was quoted saying (in Italian), "If someone is gay and he searches for the Lord and has good will, who am I to judge?" The English word "gay" was used in the statement. He also demoted Cardinal Raymond Burke, the highest-ranking American at the Vatican, in November 2014 after the priest condemed LGBTQ+s as "committing acts which are always and everywhere wrong, evil."

Local church networks also became more tolerant and accepting. In December 2014, the United Church of Christ in the Philippines released a statement that "affirms that all of us regardless of any category are under the grace of God" and that means "that LGBTs should not be discriminated but should be unconditionally accepted in the fellowship and membership of the Church."

Aiza Seguerra and Liza Diño are wed in California

Aiza Seguerra and Liza Diño were legally married in San Francisco in December 2014. As a U.S. citizen, Diño has the right to marry anyone, regardless of gender or sexual orientation. The two have always been vocal about women and LGBTQ+ issues. 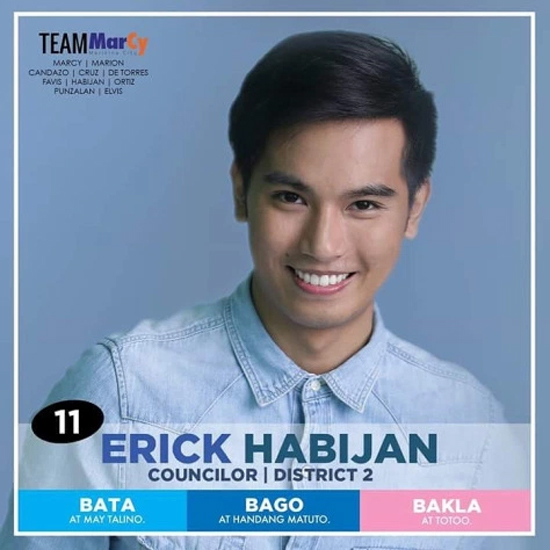 Then 28-year-old Erick Habijan ran for city councilor in Marikina City's second district during the national elections in 2016. He didn't win but we will never forget his catchy and inspirational tag line, "Bata. Bago. Bakla."

Singer Jake Zyrus posted his new name on social media for the first time on June 18. "My first tweet as Jake. Overwhelmed. Saw all your love comments and I'm so happy. Finally. I love you, everyone and see you soon," he said on his Twitter account. Despite some setbacks, the announcement was met with respect and celebration, especially from the Filipino LGBTQ+ community. 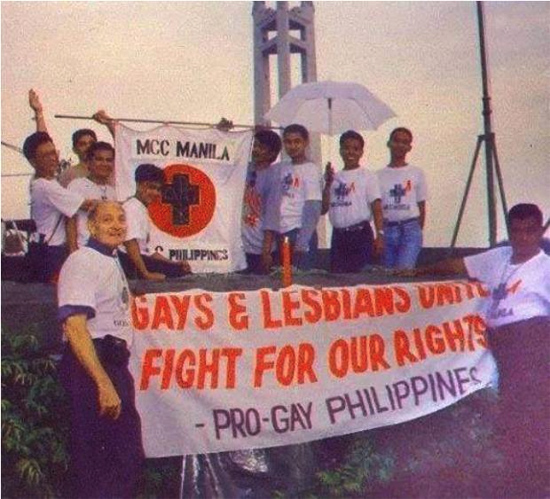 When Sen. Manny Pacquiao punctuated his anti-LGBTQ+ statement with "Ngayon, kung lalaki sa lalaki o babae sa babae e mas masahol pa sa hayop ang tao" in February 2016, there was a big uproar in the LGBTQ+ community. Companies that used to support the boxer also distanced themselves from him. Nike, which has been with him since 2006, called his comments "abhorrent."

First held in June 1994 at the Quezon Memorial Circle in Quezon City, the Metro Manila Pride March was a pioneer in the Asian region. Like the rest of the Pride Marches around the world, it was held to commemorate the 1969 Stonewall Riots, a key event in the LGBTQ+ movement. It was eventually moved to December in 2003 to coincide with other key dates in the LGBTQ+ calendar: World AIDS Day (December 1), National Lesbian Day (December 8), and International Human Rights Day (December 10). The Pride March then became Pride Season, a six-month long celebration of pride and diversity. In 2015, the date was moved back to June. Since the '90s, the Metro Manila Pride March has brought the fight to the streets of Morato in Quezon City, Malate and Rizal Park in Manila, and most recently to Marikina City. It also sparked more localized Pride events in various parts of the Philippines.

My rock and my number one supporter! @joeymeadking I Love You! ?????? #loveislove #beproud #betruebeyou #lovewins #transgender #mtf

When Victoria Court managing director and car enthusiast Angelina Mead King came out to the public as a transgender woman in 2016, LGBTQ+s and allies offered all-out support. But that's not even half of it. Beautiful photos of Angelina and wife Joey Mead started appearing all over social media and everyone couldn't help but swoon over the lovely couple. To top it all off, Mead said in an ABS-CBN interview on June 6, "I want her. I want to make this work." What could be sweeter than that?

After 11 years, the Quezon City Council approved an ordinance that bans discrimination against LGBTQ+ individuals on September 29, 2014. Touted as the first legislation of its kind in Metro Manila, this measure promotes equal rights in the workplace, in schools, in accommodation, and in accessing basic services. Verbal and non-verbal ridicule, harassment, disallowance from entry and refusal to serve are also subject to either imprisonment or a fine. Aside from these, all barangays in Quezon City are required to incorporate sexual orientation, gender identity, and expression concerns into the existing desks for violence against women and children.

Lgbtq Miss World Philippines 2018 Pride Month Lgbt
Your Guide to Thriving in This Strange New World
Staying
In? What to watch, what to eat, and where to shop from home
OR
Heading
Out? What you need to know to stay safe when heading out