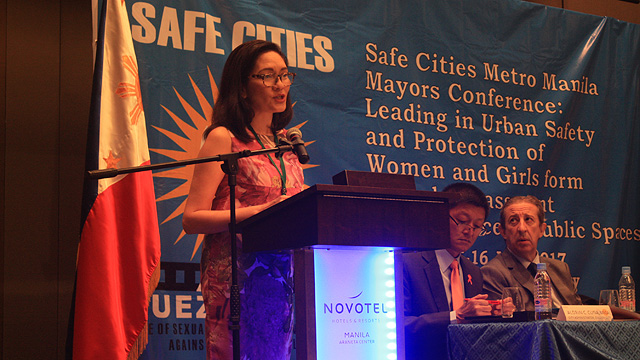 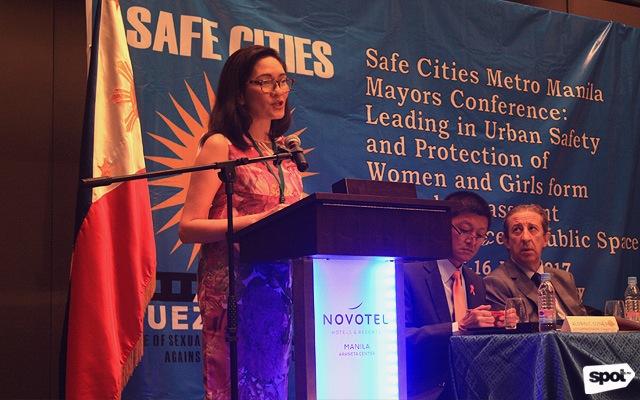 (SPOT.ph) Facebook Groups are often used as discussion platforms for like-minded individuals, whether they share the same interest in something as general as travel or something as specific as cute photos of dogs. Unfortunately, perverse online users have also taken advantage of this online space to exchange lewd and illicit photos of women and children. These "secret groups" bear the name "Pastor Hokage Bible Study" and other permutations, a number of which have been taken down since Facebook Page Catcalled in the Philippines exposed them on July 2.

Sen. Risa Hontiveros on July 6 also took a more legislative action by filing Senate Bill No. 1251 or the Anti-Gender-Based Electronic Violence Bill, which "seeks to penalize those responsible for misogynistic and homophobic attacks on social media." These attacks include "acts involving use of any form of information and communications technology which causes or is likely to cause mental, emotional, or psychological distress, or suffering to the female victim or lesbian, gay, bisexual, transgender, queer (LGBTQ) victim, and tending to disparage the dignity and personhood of the same on account of his or her gender." 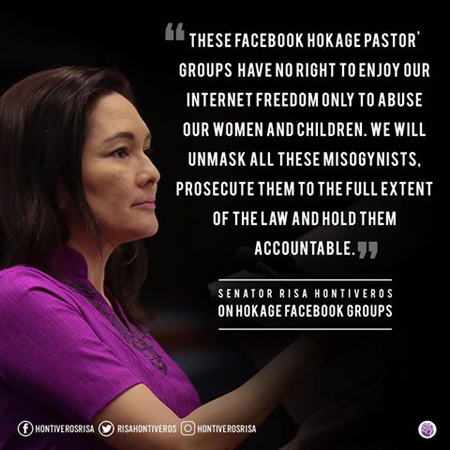 In an online post, Sen. Hontiveros said, "We must put an end to this online locker room talk, which is a manifestation of the culture of misogyny and commodification of women prevalent in our country right now."

Pastor Hokage Bible Study Catcalled In The Philippines Metro Manila News Hontiveros
Your Guide to Thriving in This Strange New World
Staying
In? What to watch, what to eat, and where to shop from home
OR
Heading
Out? What you need to know to stay safe when heading out