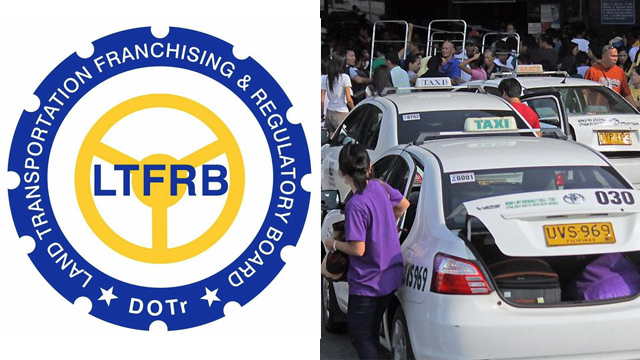 Here's How You Can Raise Your Taxi Complaints to LTFRB

It's worth a try.

(SPOT.ph) To say that it's hard to commute in Metro Manila is an understatement. It just got worse after the Land Transportation Franchising and Regulatory Board started its crackdown on Transport Network companies like Uber. We're now back to dealing with taxi drivers who are rude and reckless and charges way above the metered-fare just because it's traffic/raining/far/[insert another excuse here]

Maybe we should start barraging Land Transportation Franchising and Regulatory Board (LTFRB) with our complaints, especially since their so-called Uber cases could easily apply to other public utility vehicles. It's not a guaranteed solution, but it's worth a try.

LTFRB's Facebook page is very active, so you can try that first if you don't want your phone call to be passed around or, worse, be told to visit their office instead. It's best to take note of the taxi's plate number, but if you can, try to get the driver's name (which you can often see on the identification card hanging from the rear view mirror) and operator (which you can see painted on the door, both inside and outside). Your complaint should also have the exact date, time, and place of incident. Keep your message short and sweet. 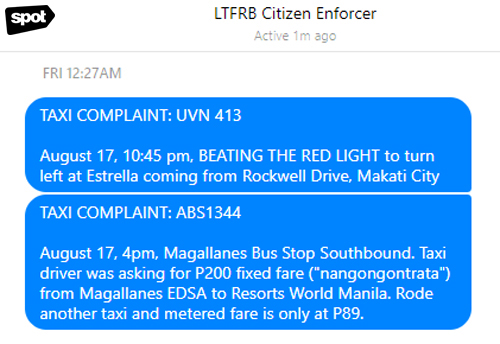 Ryan M. Salvador, their current Public Assistance and Complaint Desk, will respond with this template (they'll send you the same message for another complaint!): 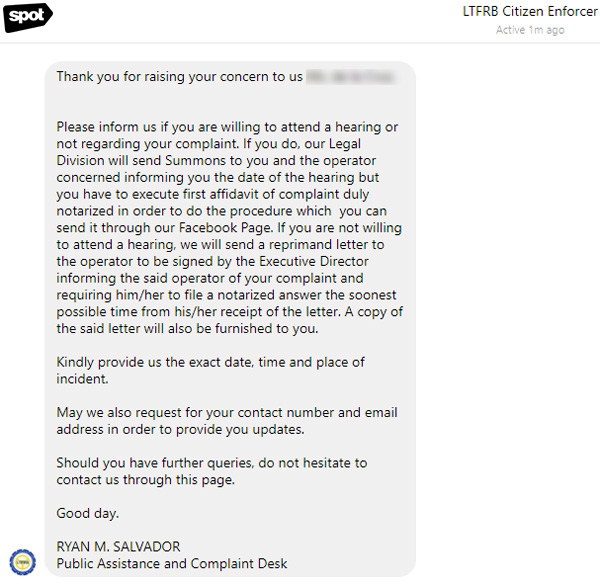 Since no one has the time in the world to attend a hearing (given the current traffic situation), you can opt for the reprimand letter and pray to the gods that someone would do something about it. 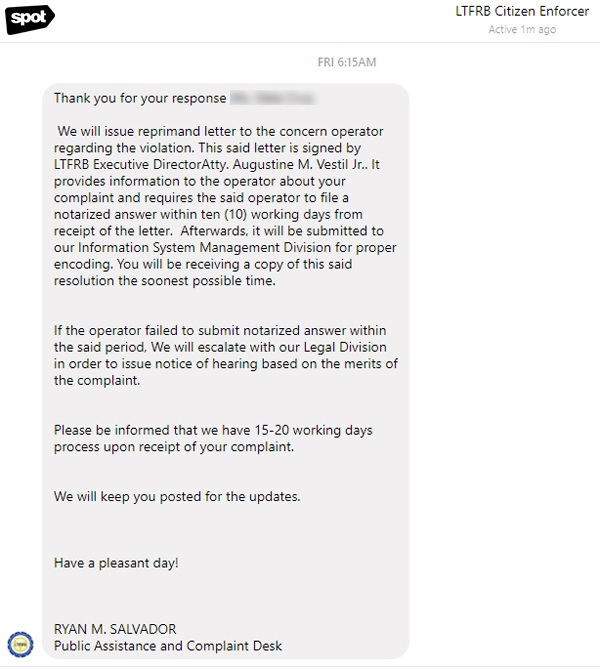 They will later send you a copy of said reprimand letter that they'll issue to the taxi operator. 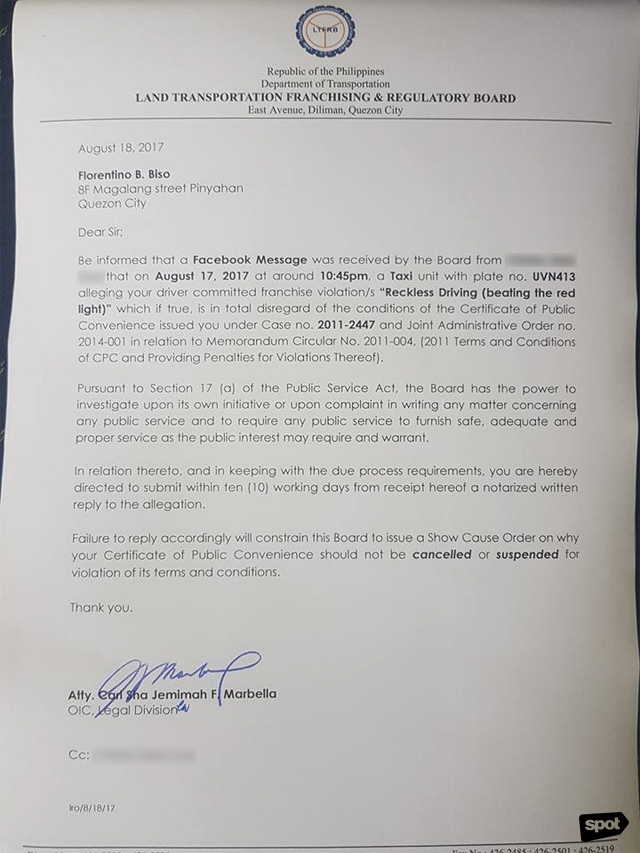 Sometimes, they would overlook your other complaints so you may have to follow up. Some cases, like having a driver ask for a fixed fare, are not enough to easily warrant a reprimand letter and you may have to discuss it over the phone. 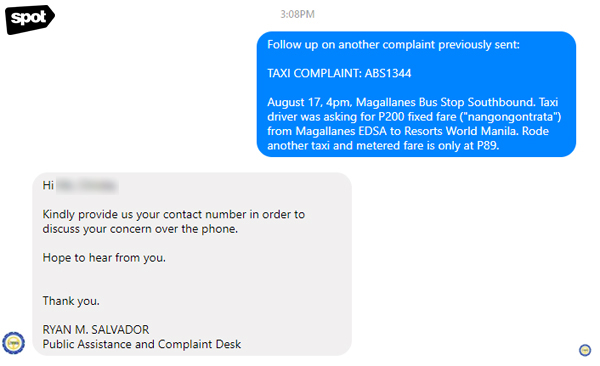 Ltfrb Taxi Facebook Metro Manila
Your Guide to Thriving in This Strange New World
Staying
In? What to watch, what to eat, and where to shop from home
OR
Heading
Out? What you need to know to stay safe when heading out