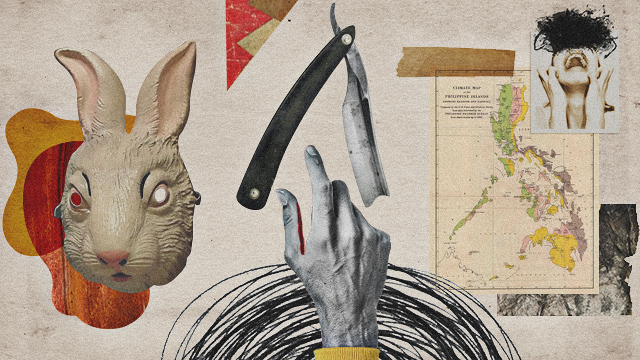 Are There Filipino Serial Killers?

Smaller and Smaller Circles makes surprising choices about the plot.

(SPOT.ph) At the heart of Smaller and Smaller Circles, both the original novel (or novels: it has had two incarnations, really, first in 1996 and then rewritten in 2013) by F.H. Batacan and the recently released film put together by a consortium including Artikulo Uno, is this assertion: "There are no serial killers in the Philippines." It is the sort of twisted reality that only happens in the West. A sentiment famously shared by the film, Gorky Park, in 1983 where William Hurt played a detective tracking down a serial killer in the Soviet Union, where the authorities held it as a matter of faith, that serial killers only existed in the decadent West.

I have actually heard that assertion about it being impossible to have serial killers in the Philippines quite a few times.

In the same manner that in Philippine politics, the politician who is candid about personal flaws is rewarded, and not punished, for candor—in the slums everyone knows what everyone else is doing, which includes knowing about vices as much as virtues; and the middle class and wealthy with their servants never really have privacy, either: Which is why both moralism and assertions of morality are disbelieved while confessing to being the opposite is rewarded for at least being honest—the serial killer, according to this theory, would be detected sooner rather than later. Our society is too thickly populated, with too little privacy, and too many gossipy busybodies, for a serial killer to be able to operate undetected for very long. You need the isolation of the individual that only happens in the West, with its absence of personal connections, for this to happen.

The counter-argument is that we probably have our fair share of serial killers, but that the police are too incompetent—or too corrupt—or both incompetent and corrupt, to make detection possible. After all, many crimes go unsolved. With murder being endemic in our society, there are too many cases, and too many victims, and too little real sleuthing, for officials to be able—or willing—to connect the dots.

Back in 2007, I interviewed a psychiatrist on my ANC show The Explainer, about serial killers. I posed the question, are there serial killers in our midst? The psychiatrist's opinion went as follows: There probably are, but you have to understand the Filipino preference for murder. The cases that make it to the tabloid are not, in the psychiatrist's opinion at least, really representative of how Filipinos like to kill. The types of murders that are tabloid-fodder are generally cases of Filipinos running amok, whether due to drinking or pent-up aggression released due to some personal crisis. But when it comes to premeditated murder, the psychiatrist argued that the Filipino prefers to be passive-aggressive. That is, non-confrontational when it came to killing. So if we do have serial killers (and we probably do), they would choose to administer poison rather than hack people to do death or shoot them.

F.H. Batacan's novel is about a serial killer and the voice of that killer is present throughout her book. The movie version retains that voice, but oddly enough, basically only through the first half of the film. Indeed, the best part of the movie is its first half which is quite faithful to the book, and executed with respect to the original novel, and most importantly, for the audience. Everything is top-notch, from the acting to the musical score, to the cinematography and the pacing, all of which combine to boldly proclaim that the filmmakers have a high regard for the audience and because of this, will allow the story to unfold as it should—slowly, even leisurely, and quietly, letting the characters develop while the horror unfolds without need of overacting or gratuitous sound effects.

At first, seeing the screening times, I wondered if a little over two hours wasn't a bit too luxurious of a running time for the film. Having seen it, it was far too short. Because the second half of the film not only takes puzzling liberties with the original story, but loses the very things that made both the novel and the film during its first half, so effective.

In a society where so much is futile—there is little reward, much less, recognition, given to competence, integrity, or reason, including careful procedure and relentlessly objective analysis in the public or private sectors—the story of the book and movie both begin as small, isolated, struggles against the status quo set against the backdrop of an emerging horror undertaken by a kind of evil twin to the main character, the Jesuit and scientist Fr. Gus Saenz. Of course, he must have a sidekick of sorts, Fr. Jerome Lucero. The beauty of the book is as much the clever intricacy of the plot as it is the fleshing-out—in a story about the mutilation of the flesh of murdered young boys—not just of these two clerics, but the sordid realities of our society, too.

Filmmakers of course, in turning a book into a film, have to take liberties with the original story. As far as this goes what matters is whether these liberties enable the telling of the story effectively, seeing that a story as we visualize it in our minds while reading must be approached differently when the filmmaker determines ahead of time what you, the film-goer, will see—and when. Personally I do not agree with the manner in which the filmmakers decided to deviate from the book but I will say, observing companions who watched it without ever having read the book, and listening in to other members of the audience who candidly expressed their opinions on what was going on as it took place on screen, the filmmakers can take comfort in knowing that most non-readers were content with how things unfolded.

And it's true that while I disagreed with the directorial choices governing the second half of the film, I still enjoyed the whole experience. Not least because of Fr. Saenz's uninhibited social commentary and indeed, the social commentary by the makers of the movie who decided to make it basically half in English and half in Filipino, a bold choice but one both in keeping with the social contrasts in the characters and their settings, and pretty much as a fair reflection of how the professional classes live their lives and express themselves in our country. In fact, my only irritation with the film was truly petty: For some reason, despite being a nominally Catholic country, our filmmakers never quite get clerical garb quite right. Certainly one can hope that watching the film will spur sales of the book, because this is certainly one instance where watching the movie first, and then reading the book, will prove a splendid experience.

The cast and crew of this film can certainly look the author in the eye and say they did her book justice. And like any good story, it can only benefit from turning this crossover experience into further opportunities. The producers have boldly stated a claim to movie-making without pandering to the most common denominator; the challenge ahead is whether, one day, our filmmakers can now do for the miniseries what our indie filmmakers have clearly proven when it comes to cinema. One still has that feeling of dread, however, whenever an attempt is made to raise the bar in this country—will the effort be punished by an indifferent market?

Hopefully not. Watch this film then buy the book. We have had stories before, of crime and suffering in Payatas—the grisly scenes in James Hamilton-Patterson's novel, Ghosts of Manila, make interesting, because they are in some ways, parallel reading—beside Batacan's detective novel: They cover nearly-contemporary periods of time, they write powerfully of our society, and it is interesting to compare the choices of each in what to highlight. Nick Joaquin in Caves and Shadows and even Carmen Guerrero Nakpil in The Rice Conspiracy all tried their hand at weaving a mystery story. But Batacan remains the first and the best in terms of carrying it off.

There is a scene in the film, where Bembol Roco who plays that rare thing, a government official of sincerity and integrity, and a loathsome Cardinal who, however, is far less revolting than he could have been in comparison to the same character in the novel, appear on a TV talk show. For no other reason than he can, a Rocha—one of the producers—mutely lurks on the couch, lending a bulky mestizo presence to the proceedings. This is an production—daring to proclaim as bravos and siding with the in proclaiming yes we can, to the world.

Smaller And Smaller Circles Movie Review Books Fh Batacan
Your Guide to Thriving in This Strange New World
Staying
In? What to watch, what to eat, and where to shop from home
OR
Heading
Out? What you need to know to stay safe when heading out