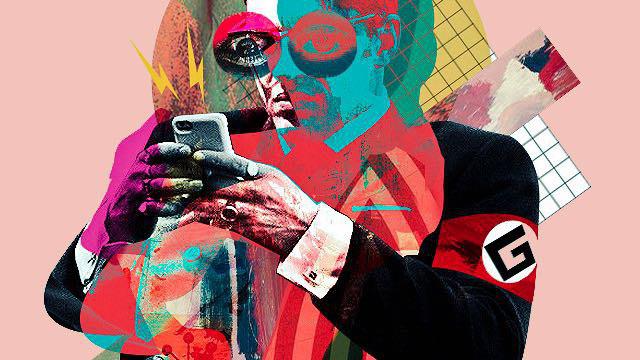 The End of Literacy and the Last Editor

Who cares what the difference is between "lied to her teeth" and "lied through her teeth"? 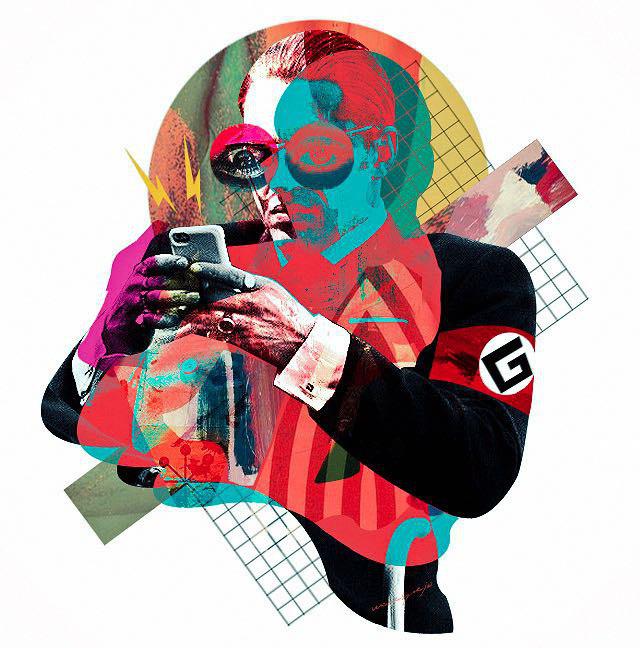 (SPOT.ph) On the Internet, a running joke about people who are arguing in chatrooms or in the comments sections, goes: “When you’re losing, start correcting grammar.” It’s a pity that grammar should be the last resort, when it should really be the first. I try to limit my exposure to Internet-based arguments in general, mainly by ignoring people: but on the rare occasions when I succumb it is worse than drug addiction: the whole world stops; you can’t even go to the bathroom without fearing that some devilish response will pop up in your absence; and heaven forbid the idea of actually going out of the house—even if you can take your phone with you, the slow connection and lack of access to a full-sized keyboard puts you at a disadvantage.

I’m sure I’m not the only citizen of the Internet who was raised in an age when the keyboards on typewriters printed straight to paper (how clever these devices are, my daughter told me when I showed her an old Olympia; you don’t need a computer)—and these would be marked up in pencil and revised, and it was only after much correction fluid and gnashing of teeth later that a final draft would appear: a “clean” draft. When we sit down to type a response on Facebook, or a snappy one-liner on Twitter, all of us from this generation will self-edit. The automatic send when one presses the Return or Enter key while typing out a comment, normally reserved for line breaks (formerly carriage returns) nudges you to off-the-cuff responses, not carefully composed ones. I still believe that if it’s worth your time to respond to an argument, it’s worth doing it in complete sentences, with the first letter capitalized and with a proper punctuation mark at the end.

But this is increasingly a minority view. I’m not just talking about the trolls who get paid per post—if you’re getting P20 per response (or whatever the going rate is), and you get it whether you spatter random words joined together by ellipses or properly constructed sentences, then I assume you’re going for quantity, rather than quality. After all, if you’re going to sell out, then do it properly and sell out any attempt at grammar as well and forget about subject-verb agreement. But to escape the increasingly toxic world of the Facebook news feed, I’m spending a lot of my time surfing away into the world of vintage watches. The Facebook groups and online forums and Reddit pages are friendly, literate, and knowledgeable, but diverse—there’s an entire group devoted to World War II military watches, issued to airmen (like the one worn by Tom Hardy in Dunkirk). A lot of these were made for the RAF, so the British on the forum write idiomatically. But in the spirit of post-war harmony, there are a lot of former Axis power countries on the forums as well; and the Swiss, being the canny neutral nation that they were, supplied watches to both sides.

You can’t really fault a Lithuanian for speaking sub-par English, and more often than not he (yes, it’s almost always a he) has interesting information to bring to the table. The same goes on vintage camera forums, where we talk about Carl Zeiss Jena and the vintage lens equipment that the Russians spirited away to make Jupiter lenses with. And of course Eastern Europe is where some of the best vacuum tubes are being made today, with many of the collectors from Hong Kong, Japan, and the Philippines. Their English doesn’t sing with fluid lines, the way that of a native speaker’s does—whether he’s from England or Australia or Gibraltar—but it is simple, precise, and easy to understand. In fact you could make a case for people for whom English is a second language being easier to understand on the forums, because they are not speaking in idioms or clichéd metaphors. Computer translators also allow me to read pages written in Japanese: it comes up with a kind of crazy, almost poetic bubble-and-squeak of words that just about makes sense; enough, at least, for me to understand the salient points of the information I’m trying to get at. The new English that is emerging globally is not one that is lyrical, allusive, metaphorical; it will be of short, simple, clear sentences.

I myself—and I suspect much of the readership of this English-language website—write and speak two different kinds of English: one which we use when we are writing term papers, or letters of application for job interviews; the other when we are messaging friends on Viber or leaving comments on Facebook. As has happened with Latin, with classical Chinese, with German, the vulgate, or demotic, always wins. As well as the internationalization of English, we’re moving towards a more aural language culture: People are equally likely to have heard a word on television or spoken in a conference or broadcast on radio or a podcast as to have read it in a book. Until recently I assumed that Yeats rhymed with pleats; but aural speakers will write “sporn of the devil” because, I guess, that’s the most logical way to spell out as word that they’ve only heard. Technology plays a big part in this: I get much of my reading done through audiobooks rather than by turning pages because of traffic; to learn something like craft beer making or to improve my table tennis game, there’s a podcast for that. I’ll watch a Hindi mummyji’s YouTube channel rather than rummage through my recipe collection for Madhur Jaffrey.

Also, on the side of journalists as with trolls, a page click is monetized whether or not it is perfectly edited. The reader comes to our site (Spot.ph, in case you arrived here via Facebook) for content, for research, to validate their views, to feel part of a community of urbane city dwellers, to get the latest lowdown on handmade shoes, to plan their vacations—and we know we can misspell a few words here and there as long as you get the cut-price ticket to Sorsogon. It’s just that Summit Publishing, our parent company, is run by a group of old fuddy-duddies from the age of Gutenberg who will not let an article slip out that hasn’t been double-checked for grammar. But honestly, we do it for ourselves—and the few people who care, who are probably the few people who are still with me at the end of this article.

What will go? The distinction between “it’s” versus “its” is on its way out; no one cares how to use “whom;” we deprecate Nabokov’s precious em-dashes because they screw up our CMS. Everyone has different views on hyphenated adverbs, and no one says “hitherto” unless they’re being deliberately pompous. I spent a long time being good at spelling, and so I work with my spell check off (I don’t like the wiggly lines) but technology means that the most atrocious speller will be at par with me after a few clicks.

Will language bring the world closer together? Undoubtedly. For countries like China, it was a no-brainer to eliminate extra strokes in characters, vastly simplify the grammar, and use roman letters (pinyin) for pronunciation: you only need to know about 2,000 to 4,000 words to speak conversational Chinese, and they needed one, simple, easily reproduced language to enable Beijing to speak to Guangzhou to speak to Urumuqi. The European Union struggles on in English, even as the U.K. prepared to depart. Every international pilot has to know basic English.

What will come of the blue pencil, of the editor who knows exactly where to put the diaresis in “preëminent” or punctuation on the possessive of Donald Trump Jr.’s name. I think that they’ll continue to find employment at the New Yorker, The New York Times, the London Review of Books, and other publications of that caliber. In our own country, really, who cares? I’ve had graphic designers proudly tell me that they never read the text that they’re placing; it interferes with good design.

The brave men and women who are guardians of good grammar—that is, of English as it is prescribed by current convention—are valorized as a noble lot, Canutes against the tide of illiteracy. But consider for a moment that not only is language always evolving, and grammar rules that were relentlessly enforced a scarce decade ago (such as ending a sentence with a preposition, the use of “whom”) have now been relaxed. More importantly, not only is language always evolving, but the means of using language are constantly evolving. It is no longer completely taboo to use emoticons in business correspondence—which in fact takes us full circle, because it was precisely for email that Scott Fahlman proposed the first emoticon in 1982, to avoid confusion. Language purists complain that the widespread use of emojis is a step backwards in writing, taking us back to the simplistic nature of hieroglyphics. The alphabet itself evolved from hieroglyphic and pictograms’ inability to express complex ideas: to try to convey an abstraction such as “thinking” you might draw “thin” + “king”. (There is a Londonist quiz that replicates this idea.) In the end, grammar editors might turn out to be as skilled but as pointless as secretaries who have mastered Gregg’s shorthand.

The need for an editor to improve one’s work, however, will continue to have a place as long as writing is written and published (or, as they say these days, generated and curated). But that role is also on the move: the days when we could spend weeks going back and forth with a writer and then whittle a piece down to 800 words to fit 10 column inches are on the wane. Editors have to deal with clicks and hits and web analytics and a whole slew of things that sound like they have nothing to do with words. While the written word is far from dying, the age when reading and writing held primacy over the dissemination of knowledge may be coming to an end. The dystopian view of the future is a world in which articles are to be written by robots and commented on by bots and dissected by algorithms. Whither good language? It will always be there, and there will always be a need for it—but what “good” is will not be what we think it is now.

Grammar Language
Your Guide to Thriving in This Strange New World
Staying
In? What to watch, what to eat, and where to shop from home
OR
Heading
Out? What you need to know to stay safe when heading out