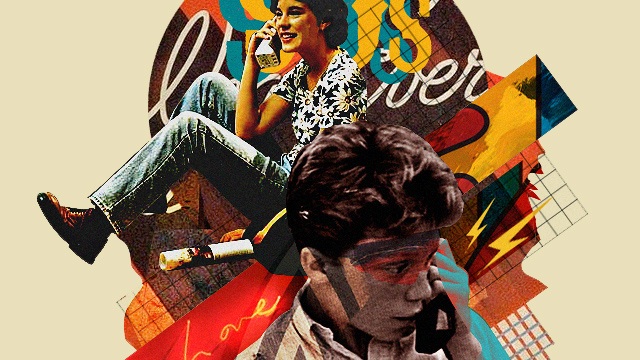 Isn't It Ironic and the Wonders of Nokia: Dating in the '90s

Clinton Palanca looks back on what it was like to ask someone out pre-Tinder. 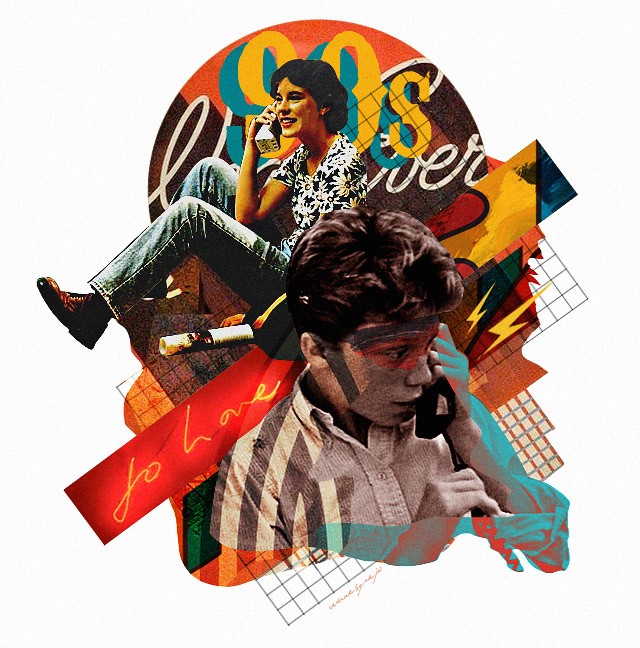 (SPOT.ph) A gentleman doesn’t kiss and tell, but whoever said I was a gentleman? Although there’s nothing to tell, really, because I was too out of it to really remember much of anything that happened in the '90s. There are fragments, though: calling someone’s Beeper 150 to arrange a meeting at Starbucks, which had just opened its first branch at 6750 on Ayala Avenue, then heading across the street to Tower Records, where we’d see just about everyone out on a Friday night. At that time it was all about Alanis Morisette, Tori Amos, and Sarah McLachlan, but going through the stacks at Tower Records you could find some very interesting material from secondary artists: Patti Rothberg or Heather Nova, and the start of the Café del Mar and other Ibiza-inspired music. And you could cap the night off at Giraffe, where you’d see all the models that inhabited the pages of Preview or the just-launched Cosmo magazine.

I have rose-tinted memories of the time, and some days I indulge in some good old-fashioned nostalgia about not just a simpler time, but a time when I was running a restaurant and had some cash coming in but didn’t have to worry about bills and babysitters. But it was also a time of crashing and burning and bad breakups, and even the nights I was out were filled with unfulfilled yearning and unsatisfied lust. It was, most importantly, not just a time before Tinder and Instagram and FaceTime, but before #metoo and Harvey Weinstein. Babaylan had just been founded and some of my friends were just beginning to come out, in a society that didn’t quite know what to do or what to say.

When we’re in a secret huddle my friends and I all say we wish we could go back in time and have the girls we slept with sign NDAs, and we pity the poor sods who are trying to get laid or even pursue a relationship in this day and age, when consent seems to be such a complicated thing. A lot of us are struggling, too, with the guiding lights of our youth: Woody Allen, the nerd who could land the girl, not in spite of his intellectualism and offbeat humor, but because of it, now out in the wilderness along with Polanski and Bertolucci and Tarantino. “Toxic masculinity” is a dragnet that creeps ever nearer—and while in the past one imagined it to refer to truck drivers who got drunk after watching WWF and beat their wives, or fat cat Wall Street bankers who grabbed their secretaries’ asses, it has now made me cast a nervous eye on my past relationships.

My wife and I always feel that life must be very complicated for a young man who wants to take a girl out in 2018, when many of the signalling devices we used to flirt or to indicate interest, such as fans, handkerchiefs, or ripping each other’s clothes off in a stairwell, could be misinterpreted or construed as harassment. But before we expend too much pity on the youth of today, there’s no doubt at all that they’re having much more sex than we did. Twenty years is a long time: long enough for sexual norms to have become much more open, even if I judge only by the number of flavors and textures of condoms available at the local pharmacy. I hope sexual education—from parents such as ourselves—makes sex for kids these days safer and cleaner, as well. And for the gay community, here’s hoping that it’s marginally easier to come out in 2018 than it was in 1998.

But when people ask me really, tito, what was it like dating in the '90s, the answer is that it was mostly about calling each other. The miraculous thing about mobile phones then is that they worked, and you could go for hours on a Nokia without the battery running out or without a dropped call. Or you’d go the old-fashioned route and call the house, exchange a few words with her parent or sister, and then get patched through. If you wanted to ask someone out, you found a mutual friend and got permission to have her number passed on to you. After dropping someone home you called or texted to say goodnight. After having sex you called to discuss what it meant. And so on. I’m baffled, more than anything, by how people are on their phones all the time but rarely actually use the phone to talk over the phone.

In the same way that Bitcoin is incomprehensible to my crusty mind, the complexities of dating in the modern world are simply beyond my ability to fathom. And if I could be sent in a time capsule, half my current girth, into the '90s, it’s not something I would want to relive, either. I’m very happily done with that. We were a unique generation in that we had the beginnings of the digital world (cellular communication, instant messaging, phone cameras) but still were bound by the social norms of the analog age. It was also the last generation for which we did not—thank goodness—leave a digital trace for every action we did. What happened in the '90s will, thankfully, stay in the '90s.

Nostalgia Dating Love
Your Guide to Thriving in This Strange New World
Staying
In? What to watch, what to eat, and where to shop from home
OR
Heading
Out? What you need to know to stay safe when heading out