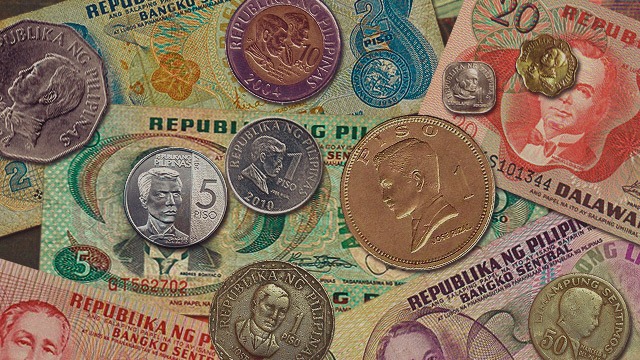 (SPOT.ph) Everyone seems irritated by the new five-peso coins, which started to appear without, it seems, much by way of an announcement—which contributed to everyone's bad mood. The problem of course is that the new five-peso coins are only slightly larger than our one-peso coins, and are also shiny silver in color, so unless you're paying attention, it's very easy to confuse the new five with the old one-peso coins. Then there’s the psychological effect of seeing a hefty coin reduced in size and composition quite obviously as a cost-saving measure.

It's not the first time the public has complained because a new coin was easy to confuse with an old coin. In 1967, a new series of coins were introduced, featuring national heroes for the first time. The writing on the coins was in Pilipino, and the design was a contrast to the English series dating back to 1958 which retained pre-war allegorical designs. But as the late Angelita Ganzon de Legarda put it in her book on Philippine coins, "For example, the 'English' 50-centavo coins and the ['Pilipino'] one-peso coins were almost the same size and often interchanged, as were the 'English' five-centavo coin and the 'Pilipino' 25-centavo piece."

Legarda also points out another problem. The new 1967 series introduced the innovation of aluminum coinage (for the one-centavo coin) which she wrote, "was unpopular because it was too small and too light" (future coin series’ would have a different problem: one- and five-centavo coins tend to disappear because they’re used as slugs, which are beaten to make handy-dandy washers for plugging holes in GI sheets and so on). On the other hand, when the one-peso coin was introduced in 1972, it was considered too heavy and bulky, "inconvenient to carry around in one's pocket or even in a coin purse."

So in 1975 the series was scrapped and new coins introduced, a “Bagong Lipunan” series that including the first non-round coins. Those lasted until 1982, when another new series was launched, called the Flora and Fauna series because it featured plants and animals aside from heroes. Another series took its place in 1991, including the abolition of the five-peso banknote and its replacement with a coin, and in turn this series was replaced with the BSP Coin Series which replaced the 10-peso banknote with a coin, and removed animals and plants and the heroes for the one-, five-, and 25-centavo coins.

As if this isn’t confusing enough, the present and past series of coins also featured an ongoing argument about the relative pecking order of our heroes and statesmen. In 1903, Rizal appeared on our banknotes for the first time, in the two-peso bill. In 1918, a new series appeared, with Mabini on the one-peso bill. The two heroes were kept on the two- and one- peso bills, respectively, for decades, all the way to 1949, when the Central Bank of the Philippines established a pecking order that would last 20 years, from 1949 to 1969: Mabini, one peso; Rizal, two pesos; Marcelo H. del Pilar and Graciano Lopez Jaena, five pesos; GOMBURZA, 10 pesos; Andres Bonifacio and Emilio Jacinto, 20 pesos; Antonio Luna, 50 pesos; Melchora Aquino, 100 pesos; Manuel L. Quezon, 200 pesos; Manuel Roxas, 500 pesos.

Then, in 1969, heroes and statesmen were placed on both paper money and coinage, so a certain logic was adopted as to who appears on what denomination. The first rule is that the basic unit of currency is the most important, and so should have on it the most important Filipino: Jose Rizal. For everything else, coins or currency, the lower the denomination, the more significant the figure. So Lapu-Lapu, our oldest hero, chronologically-speaking, was on the one centavo coin, and until the one-peso coin appeared in 1972, Rizal appeared on the one-peso banknote issued in 1969. Our 19th-century heroes of the Propaganda Movement and Revolutionary eras moved to our coins. Our 20th-century heroes and statesmen took over our paper bills. Bonifacio, on the fiver, was thus obviously the second most important hero. Mabini came in third, on the 10-peso bill, with Presidents Quezon, Osmeña, and Roxas on the 20, 50, and 100-peso bills, respectively. In 1978, Rizal did a double appearance: on the one-peso coin and the new two-peso bill; Bonifacio continued on the five-peso bill.

Then, in 1982, Bonifacio was moved to a new two-peso coin which replaced the two-peso bill which formerly had Rizal on it. In 1985, a new series of paper money appeared, with Emilio Aguinaldo appearing on the new five-peso banknote. This signaled the entry of Aguinaldo into third place in the hero pecking order, Mabini sliding down to fourth, remaining on the 10-peso bill; and they all remained there down to the adoption of the “Improved Flora and Fauna Series” of 1991.

But something happened in 1995. Well, two things happened. The 10-peso bill which had Mabini on it was abolished, and so was the two-peso coin which had Bonifacio on it. Both were replaced with a new 10-peso coin which featured both Mabini and Bonifacio on it, resulting in Aguinaldo, on the five-peso coin, being the lowest denomination of peso coinage after the peso itself: essentially promoting Aguinaldo to hero number two, replacing Bonifacio who was now demoted to being on par with Mabini as hero number three. This marked the high point of Aguinaldo in the national pecking order, so to speak, culminating in the 1998 Centennial which was focused on Kawit and Barasoian.

Then 2018 happened. The appearance of the new five-peso coin with Bonifacio on it replaces the old five-peso coin with Aguinaldo on it. One wonders what will be next: the re-promotion of Bonifacio to hero number two, also suggests one of two things: Aguinaldo will either be moved to the 10-peso coin, with his erstwhile prime minister, Mabini, or, Aguinaldo is poised to be evicted from our coinage again leaving Mabini the last man standing on the 10-peso coin—which seems like some sort of mean joke considering, of course, that Mabini couldn’t stand.

It may be that the changes to who appeared on what in the 1990s was all a big misunderstanding, and that the new five-peso coin actually represents an effort to straighten out what was a clearly defined pecking order dating back decades. Chances are, after everyone gets used to the new five peso coin, this may be it for a while—and there won’t be any more changes. Our currency on paper and coins, at least, has remained pretty consistent—even with the adoption of the New Generation Banknotes in 2010. But even here, the color of the 100-peso bill has had to be revised, to make it a more vivid purple in contrast to the blue tones of the 1,000-peso bill.

We can expect an announcement, hopefully soon, from the Banko Sentral, as to when the old five-peso coin will cease to be legal tender. These announcements help to force people to get used to things, as you have to turn in the soon-to-be-abolished series to the bank, in exchange for the new type. Until then, you’ll have to be a little more eagle-eyed to make sure you aren’t giving five when one peso will do.

Coins Peso Bills Money
Your Guide to Thriving in This Strange New World
Staying
In? What to watch, what to eat, and where to shop from home
OR
Heading
Out? What you need to know to stay safe when heading out