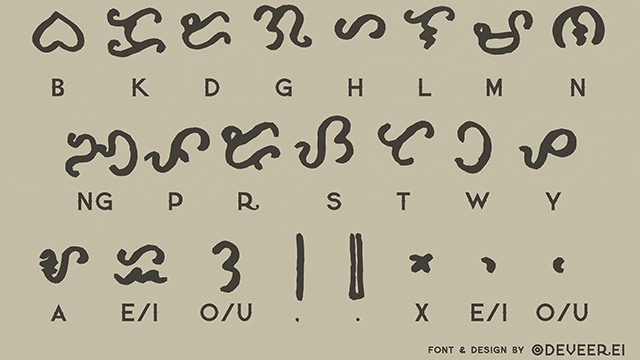 Yay or Nay: Congress Wants Us to Revert to Pre-Colonial Baybayin

Needless to say, people are #shookt.

(SPOT.ph) In case you missed it, we all might have to learn a whole new alphabet system very soon—House Bill 1022, or the National Writing System Act, was approved by the House Committee on Basic Education and Culture on April 23. Filed by Rep. Leopoldo Bataoil of Pangasinan, the bill seeks to declare Baybayin (an ancient pre-colonial writing system erroneously known by many as "alibata") as the official national writing system of the Philippines.

Naturally, news of this caliber generated a notable amount of buzz online. Some are excited for this change and believe that it would do great things for Filipino culture and identity:

But the announcement was received with apprehension by the majority. Some worried about the ramifications of learning an outdated writing system on a nationwide scale:

Others believe that there are more pressing issues that deserve priority over our national alphabet:

A few pointed out how Baybayin was mainly used by ancient Tagalog tribes, and how adapting this as a national writing system would only contribute to Tagalog-centricism and incite further division among the nation's people:

Others were suspicious about the abrupt passage of the bill, and the possible ulterior motives of the government behind this move:

Although it cannot be denied that preserving Baybayin would do wonders for our heritage and cultural identity, the various consequences of making it our official writing system must also be considered. With all these valid points of discussion online, our lawmakers definitely have a lot of thinking to do.

Update as of August 22, 2018 (4:30 p.m.): The main image of this article has been revised to give due credit to its illustrator, Deveerei Dy Respondo. He created the image as part of his blog post on Baybayin, which is hosted on the website Steemit.