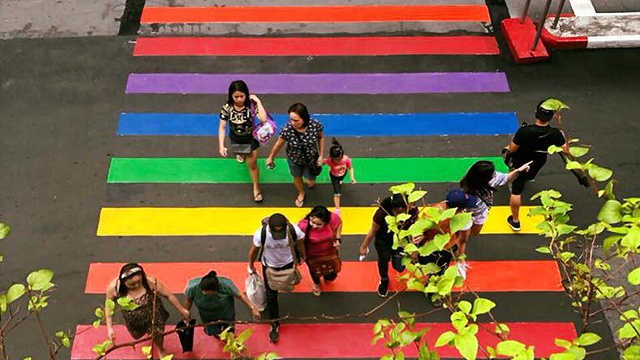 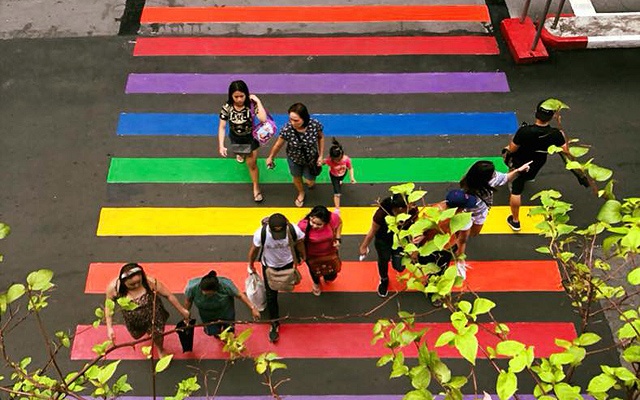 (SPOT.ph) Every June, the whole world celebrates Pride Month in commemoration of the 1969 Stonewall riots—a series of protests in New York City that started the modern LGBTQ+ rights movement. Members of the community hold pride parades, buildings and landmarks are lit up with rainbow hues, and cities paint their pedestrian lanes with the colors of pride. This year, Quezon City announces its support for Pride Month through newly painted rainbow pedestrian art within the Araneta Center in Cubao. 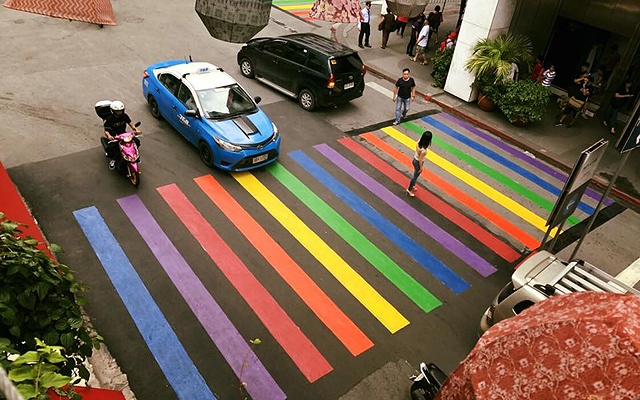 Araneta Center in Cubao is one of the busiest commercial centers in the Metro. 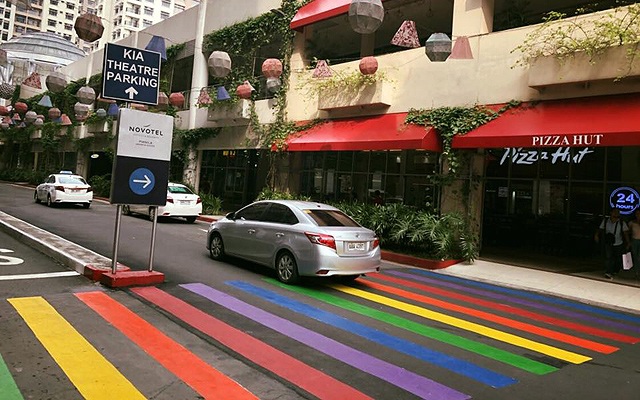 "Love knows no limits. Walk with pride," wrote the Araneta Center on its Facebook page on June 24. Along with the post are more than a handful of photos that show where the rainbow pedestrian lanes are located. 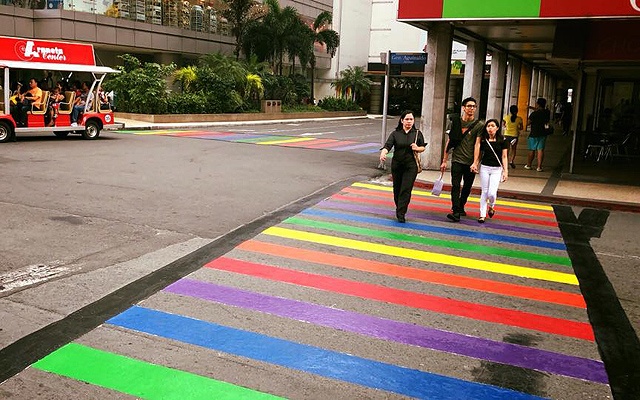 A lot of people would see and cross Araneta Center's rainbow pedestrian lanes this Pride Month.

People online (and offline) are thankful for Araneta Center's recognition of Pride Month.

But others still need some help in keeping an open mind and sharing the love.

This isn't the first time that Quezon City expressed its support to the LGBTQ+ community. The University of the Philippines - Diliman, through the initiative of student organization Babaylan, launched Metro Manila's first-ever rainbow pedestrian lane in front of Palma Hall in 2017. In 2014, the local government approved an ordinance that bans discrimination against LGBTQ+ individuals. In 2013, the Quezon City Pride Council—the first of its kind in the Philippines—was created to enforce LGBTQ+ rights and gender-based policies in the city.

Metro Manila Pride March 2018 will be held on June 30, Saturday at the Marikina Sports Center. Festival starts at 12 p.m. while march proper begins at 4 p.m. For updates, follow Metro Manila Pride on Facebook.