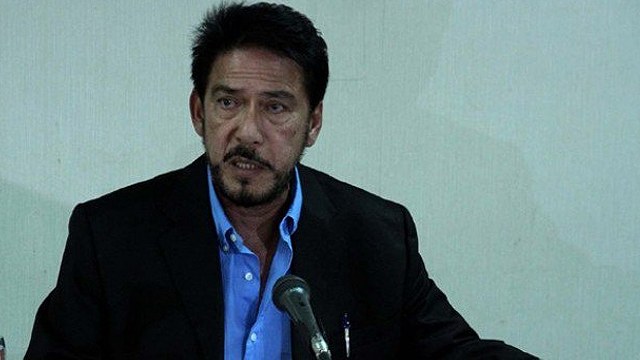 This Website Is Proof That the Internet Never Forgets

Even when you ask it to.

(SPOT.ph) Senate President Vicente Tito Sotto on May 29 asked The Philippine Daily Inquirer to remove three articles "implicating [him] in the alleged rape of Pepsi Paloma, particularly on the withdrawal of her case," which happened in 1982. A rape case was filed against comedians Vic Sotto, Joey de Leon, and Richie D'Horsey, and Tito Sotto allegedly "coerced" her into withdrawing the charges, according to a report by the local news site. As of July 4, the aforementioned pieces were no longer accessible. Fortunately (or unfortunately), the Internet never forgets. 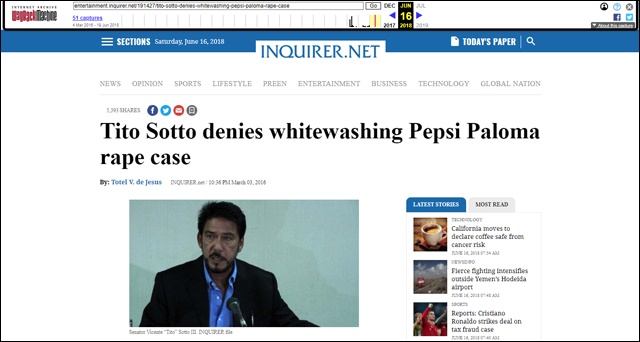 "Was Pepsi Paloma murdered?" by Rodel Rodis (published March 15, 2014), "The rape of Pepsi Paloma" also by Rodel Rodis (published March 5, 2015), and "Tito Sotto denies whitewashing Pepsi Paloma rape case" by Totel V. de Jesus (published March 3, 2016) can still be accessed through Wayback Machine. It is part of the efforts of Internet Archive, a non-profit organization and member of the American Library Association, to build "a digital library of Internet sites and other cultural artifacts in digital form." Since it started in 1996, it has archived almost 300 billion web pages, 11 million books and texts, four million audio recordings, three million videos, and one million images. These online pages can be accessed for free.

In addition, you can also check out public information originally uploaded on Official Gazette of the Republic of the Philippines through Wayback Machine. This includes important documents and articles such as the "Declaration of Martial Law" and "The Fall of the Dictatorship."

The Gazette, along with dozens of government websites, has been down since July 3 due to server problems, according to the Department of Information and Communications Technology. "We have to assure everyone that there was no hacking incident, and IBM can attest to this," officer-in-charge Eliseo Rio Jr. said in a statement.