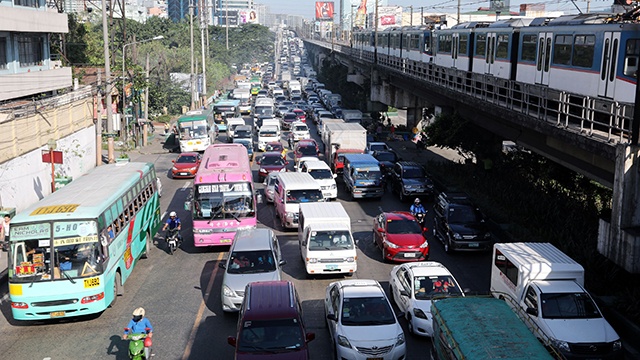 Walang Forever: The EDSA Singles-Only Ban Is as Complicated as Your Relationship

Singles have feelings too.

(SPOT.ph) In case you missed it, the Metro Manila Development Authority announced on August 7 that a proposal to ban single-occupant vehicles from EDSA was approved by the Metro Manila Council. A report by Top Gear published later the same day stated that the ban on cars with single occupants applies only to the thoroughfare's high-occupancy vehicle or HOV lane, but as of writing it seems to be unclear whether the proposal would affect all lanes. Further details regarding the ban will be revealed in a press conference on Friday, August 10.

As expected, plenty of Metro Manila drivers didn't take well to the news. Besides pointing out the possible effects, including congestion in alternate roads and public transportation systems, it seems that this proposal struck a nerve with those who are, well, quite literally single. Here are 10 online reactions to the EDSA ban that stood out, from enraged rants to hugot statements.

Edsa only allowing cars with 2 or more passengers???? LMAOOOOO

Some found the ban laughable.

Why do you have to ban single only passenger cars from EDSA during rush hour? You are making things worse than it really is. Ang alternate routes po, mas malayo ikot, mas masikip, mas binabaha, at mas delikado for the motorists. @MMDA @GenDannyLim

She has a point.

But will you really miss sitting in traffic for an eternity?

Vehicles without passengers are now banned from EDSA during rush hours. Okay Ma, time to find me a girlfriend.

Look on the bright side!

If only they could actually enforce traffic rules...

You have to give it to the hopeless romantics out there.

The snark of it all!

Online Reactions Edsa Twitter Driving Commuting Mmda
Your Guide to Thriving in This Strange New World
Staying
In? What to watch, what to eat, and where to shop from home
OR
Heading
Out? What you need to know to stay safe when heading out